The Journey of Granit Xhaka

By Talktotelll (self meida writer) | 12 days

Granit Xhaka,born 27 September 1992 is a Swiss professional footballer who plays for English football club Arsenal as a midfielder and captains the Switzerland national team.

He started his footballing career at Basel ,making an appearance of 42 matches and just a goal from 2010-2012.

His time at Basel was a breakthrough for the then young Swiss as he got he attention of German bundesliga club, Borussia Monchengladbach and was signed to the club in 2012, while also developing into a technically gifted player and natural leader. 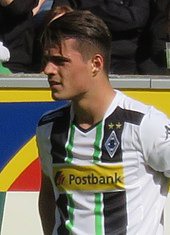 He was made captain of Monchengladbach at age 22,leading his team to UEFA champions league qualification for a second successive season. He was also part of the Swiss team that win the 2009 FIFA U-17 world cup,he also made his senior debut in 2011 representing Switzerland at the FIFA world cup in 2014 and 2018 and UEFA Euro 2016 and has won 90 caps.

In his four season spell at Monchengladbach Granit Xhaka made 140 appearances,scoring 9 goals and 8 assist.

In 2014-15,Xhaka started all 34 bundesliga matches and was named in the league's team of the season,making Borussia Monchengladbach finish in third place to qualify for the 2015-16 champions league. 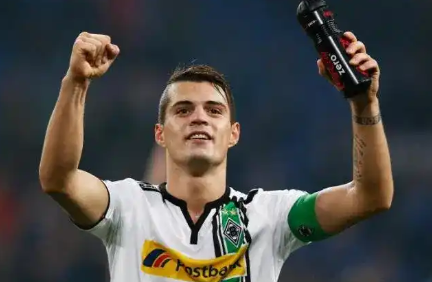 On October 2015,he made his first appearance for Borussia Monchengladbach in the champions league loosing 1-2 to Manchester city in the group stage.He received his fifth red card for the team in his 95th game on 20 December,for striking his opponent in the first half; he voluntarily gave €20,000 to charity as an apology.

On 25 may 2016, Xhaka signed for Arsenal from Borussia Monchengladbach for £30-35 million.

He made his first premier league debut for Arsenal in a 4-3 defeat to Liverpool,replacing Mohamed Elneny in the 65th minute while also picking up a yellow card.

Xhaka scored his first goal for the club on 17, September 2016,A 25-yard rocket, winning the game 4-1 against Hull city. 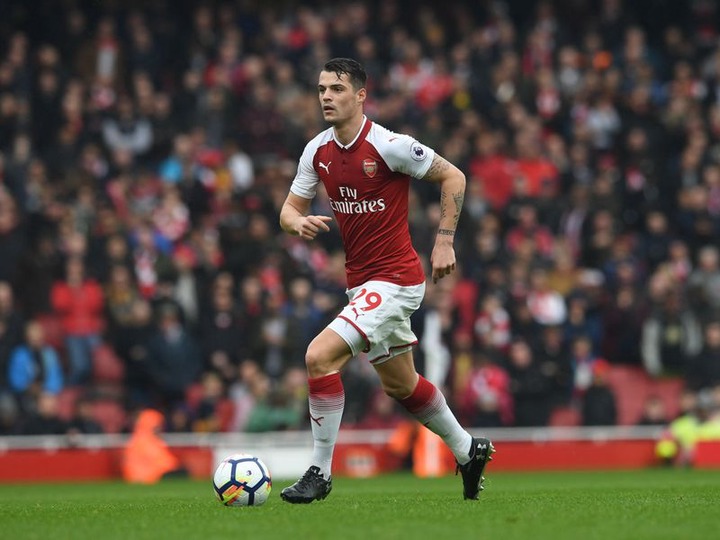 He so scored the first goal in May,2016 ending Manchester United's run o 25 consecutive games unbeaten winning the match 2-0.

Xhaka also featured in Arsenal's productive FA cup campaign,winning his first trophy with Arsenal in a 2-1 victory in the FA cup final against Chelsea and bus second in the 2017 community shield winning by penalties against Chelsea.

He was made captain by Una Emery September 2019,later on he was at the top of criticism when he was sent off.

November 5,2019 he was removed off the captains duty and Pierre-Emerick Aubameyang was made captain.

August 1,2020 Xhaka started the match against Chelsea in the FA cup final emerging winners of the FA cup and 14th for Arsenal. 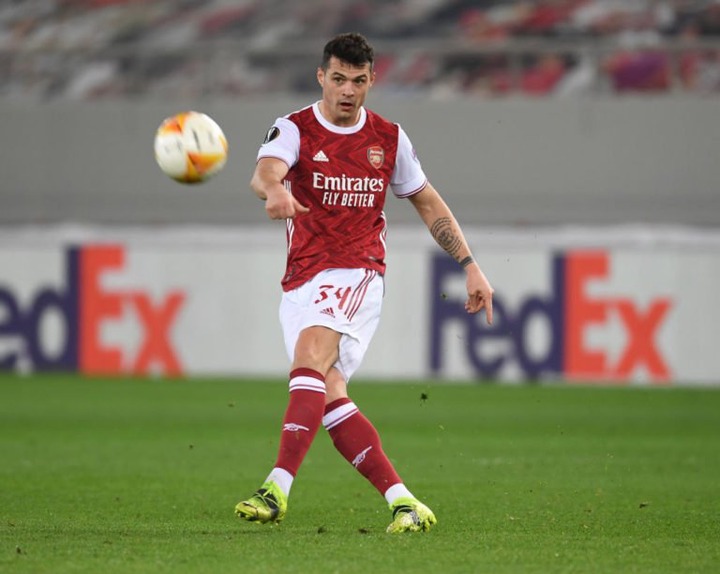 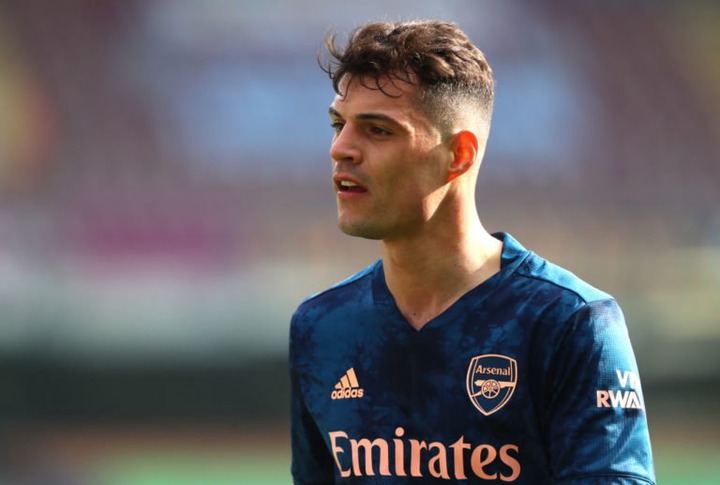 August 38,2020. Xhaka started in the 2020 community shield,which Arsenal won in a 5-4 victory against Liverpool through penalty shoot out.

He is currently having the best game time at Arsenal but he knows that the club and players need to be at top form and at the right state of mind in order for them to be against the top teams.

Content created and supplied by: Talktotelll (via Opera News )

EPL: Big boost for Manchester United ahead of their next match.

Video: After buying her own, Funke Akindele's husband, JJC Skillz, also gets his own SUV