By BuchiSports (self media writer) | 1 year ago 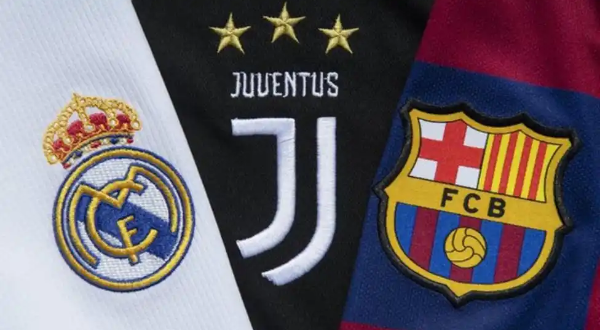 UEFA has ended its legal fight against Barcelona, Juventus and Real Madrid involvement in the proposed European Super League.

The clubs were among the 12 founding members of the breakaway league, which later collapsed.

The trio, who have refused to renounce the project, is being investigated for a potential violation of UEFA's Legal framework.

The UEFA Appeals body has declared the proceedings null and void, a statement read.

The moves comes after a court in Madrid ruled that UEFA should not punish the the three remaining clubs.

European football's governing body has also said it will not yet collect the goodwill payments agree the other nine Super League clubs - Arsenal, Chelsea, Liverpool, Manchester City, Manchester United and Tottenham plus Atletico Madrid, Inter Milan and AC Milan. The English clubs had agreed a combined payment of € 22 M in June.

Why has the legal fight stopped?

Barcelona, Real Madrid and Juventus have the back-up of a court in Madrid, which in April, UEFA could not take any actions against the Super League because it represented an infringement of European free trade laws.

However, while that case continues, UEFA has responded to last week's demand by a Madrid Judge to suspend its disciplinary proceedings against the three remaining clubs by deciding to end its legal pursuit of them.

UEFA says it will not request any goodwill payments from clubs as long as the court proceedings in Madrid involving UEFA is pending.

"UEFA maintains its view that it has always acted in accordance with not only its statutes and regulations, but with also EU law, the European convention on human rights and Swiss law in connection with the Super league project. UEFA remains confident in and will continue to defend it's position in all the relevant jurisdictions", it said in a statement.

"UEFA will continue to take all necessary steps, in strict accordance with national and EU law, in order to defend the interests of UEFA and of all football stakeholders".

Content created and supplied by: BuchiSports (via Opera News )