Why Ferdinand Changed His Mind From Chelsea Winning The Premier League To Manchester City. 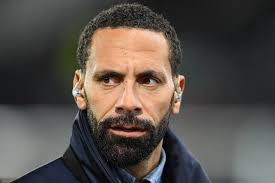 1. Manchester City are the team to beat. They have the best squad in England and are capable of defeating any team in the league. They were champions last season and might continue dominating. Guardiola, tactically, is the best manager in the Premier League. They also have the support of their owner, who is ready to give Guardiola anything he wants this season.

2. They hardly concede goals against smaller teams. They defeated Norwich by 5 goals and are capable of scoring more than 100 goals before the end of the season. They have the best playmaker in Europe and that is De Bryune. If he does not suffer any injuries, Manchester City is likely to remain unbeaten for the rest of the matches. The only team that has defeated Manchester City in the Premier League is Tottenham.

Chelsea is also a good team, but they lack consistency. They don't look like title contenders even though they have only conceded a few goals this season. Chelsea plays through the wing and make crosses or find a way of penetrating opponents and getting them to Lukaku. Manchester City does not play with any striker, because they are all goalscorers, they can make important tackles, they can defend.

Chelsea was on the verge of drawing Southampton before a player was sent off. If you watch Manchester City vs. PSG, you will notice that they had the upper hand in winning the game, but they were dealt with by PSG superstars. Both teams will have easy fixtures after the international break.