By Meyraycu (self media writer) | 1 month ago 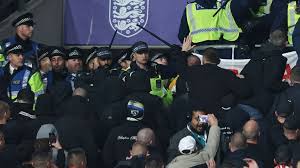 Fans of Hungary's senior male national football team clashed with the police at Wembley Stadium in London at the start of Tuesday's 2022 FIFA World Cup qualifier against England. 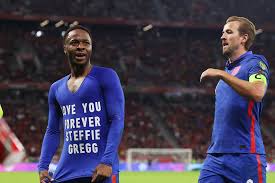 The fan base was again under scrutiny in London, with the traveling supporters booing as England players took the knee before kick - off.

Clashes then broke out in the away section, with police seemingly using batons in an attempt to control the crowd before appearing to be forced into concourse.

"Few minutes after the start of the match officers entered the stand to arrest a spectator for a racially aggravated public order offence in relation to comments directed towards a steward", a metropolitan police stated.

The match later end peacefully, with a score of 1 - 1