By Ezeanyakingsley (self media writer) | 1 year ago

Manchester United had the worst first-half experience in their 3rd UEFA Champions League game against Atlanta, which ended 2-0. 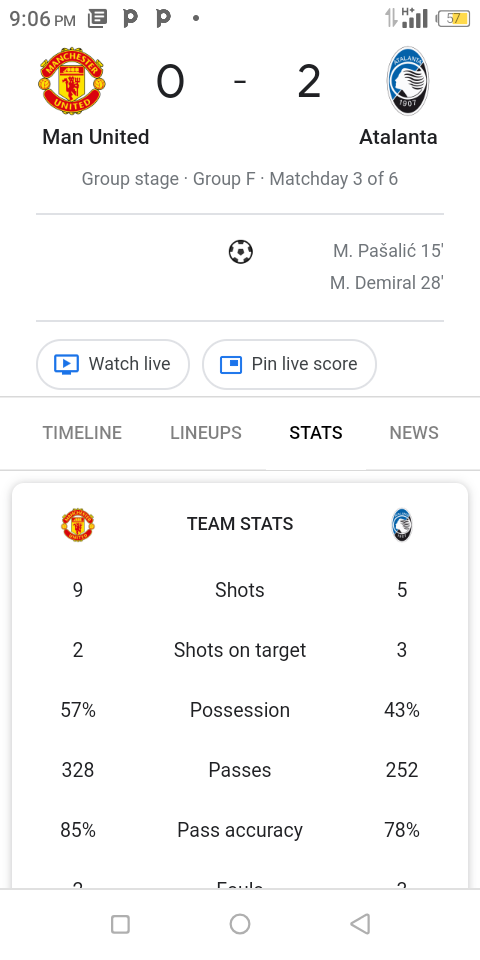 The pressure was much on United, after Pasalic scored the opening goal for Atlanta in the 15 minutes of the game, followed by Demiral 28 minutes goal. Both clubs did their best in the first half of the game, but it was unfortunate that United ended the first stage of the game with a 2-0 deficit. 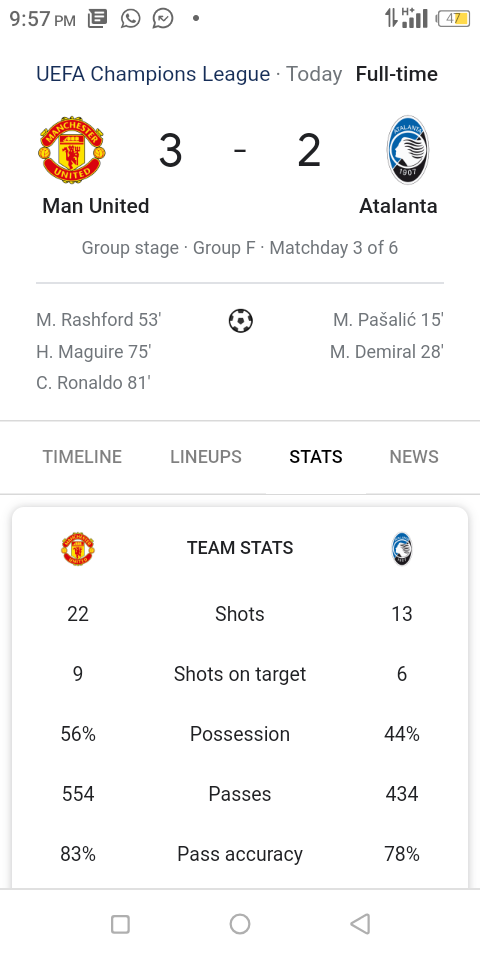 The second half was filled with many lapses from Atlanta, considering Ole Gunner's men's reactions towards the Italian club safety yard-box. The pressure was much on Atlanta, after which Marcus Rashford record the first goal for United in the 53 minutes of the second half. Secondly, Maguire score the second goal in 75 minutes, which was too far from the keeper's reach. Lastly, the Portuguese star, Cristiano Ronaldo scored the last goal in the 81 minutes of the game, which gave Manchester United the opportunity of going back to the top of the Group F table. 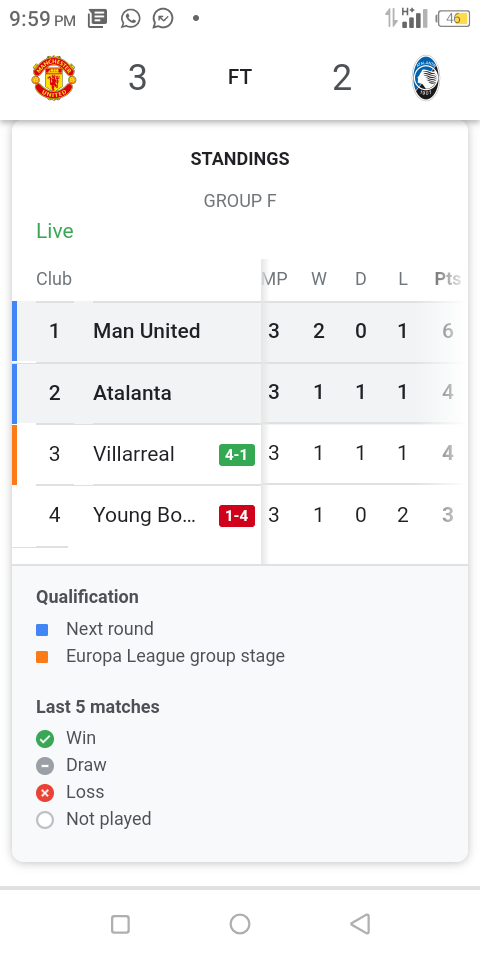 Meanwhile, United recorded 56 percent ball possession, and 9 shots on target, before the end of the contest at Old Trafford. Currently, the Premier League giant, Manchester United is at the top of the UEFA Champions League Group F table with 6 points, after recording a 3-2 victory against their opponent, Atlanta in today's match.