By ReportMinds (self meida writer) | 2 months 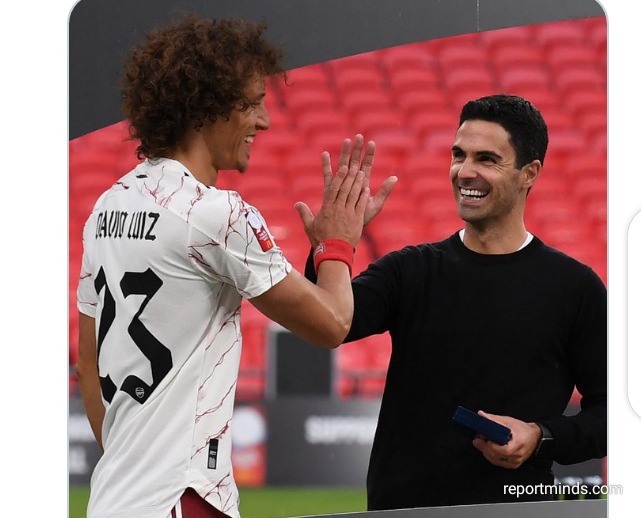 Arsenal have confirmed that David Luiz will leave the club at the end of the season. The Brazilian has been at Arsenal since 2019 after he joined from their London rival, Chelsea.

It's been gathered that the former Chelsea contract will not be extended at the Emirates stadium.

Earlier in the week, it was gathered that Luiz held a meeting with coach concerning his future. Both the club and player agreed not to renew the contract this summer.

Mikel Arteta during his press conference this afternoon has paid a tribute to David Luiz.

Arteta said: “He’s a player who has won everything in football and has earned every right to do so through who he is as a player and as a person.

“I had the privilege to work with him for 18 months. I really enjoyed it. I think we got on really good. I think we had some great moments together. He’s been really helpful, someone who we really like and appreciate so much."

Arsenal will face Crystal Palace at the Selhurst Park on Wednesday evening and it's uncertain whether David Luiz will be available for the game.

The former Chelsea star has been struggling with an injury he picked up against Newcastle weeks ago.

Finally, Mikel Arteta appreciated Luiz as he wished him all the best in his future.

Arteta added: “So I say thank you to him and wish him the best of luck in his next chapter because I’m sure knowing David that he will have many more to come as a player and in the future somehow related to the game.”