By ClassicJohn (self media writer) | 2 years ago 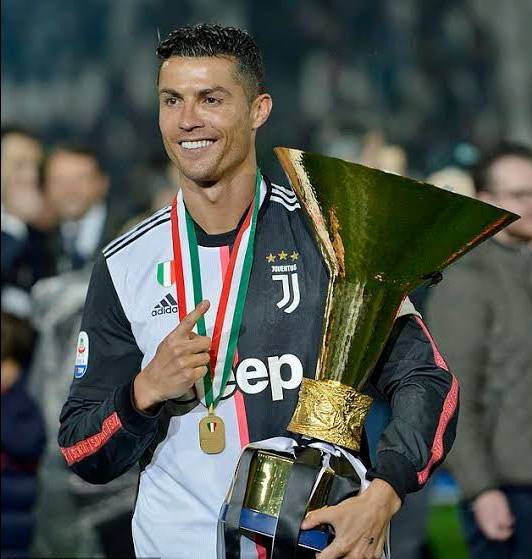 The 2019/20 Italian Serie A League season came to a climax on 2nd August 2020. Although it looked like the season was not going to be completed when the Coronavirus Pandemic struck through the world like lightening, resulting in the temporary storage of various football leagues in Europe and the World. Italy at some point was the epic center of the pandemic with many losing their lives. For some countries like the Netherlands and France, the virus caused an abrupt end to their football league season, while for others like Spain, Italy, Germany, and England, they were able to re-start the season.

Juventus emerged champions, while Brescia, Spal, and Lecce were relegated. For Inter Milan, a win in their last game of the season secured Champions League football for the 2020/21 season, and a second(2nd) place finish although they threatened to usurp Juventus at various points in the season but for inconsistency. Zlatan Ibrahimovic returned to Ac. Milan to lead them back to European competition(if they win their Europa league qualification ties)finishing 6th while Napoli who were less convincing in the league shocked Juventus in the Coppa Italia final to lift the trophy which guaranteed them a place in Europe next season despite finishing below the top 6 in the league.

In the course of the 2019/20 season, several records were set by players, clubs, and managers. Let's look at them 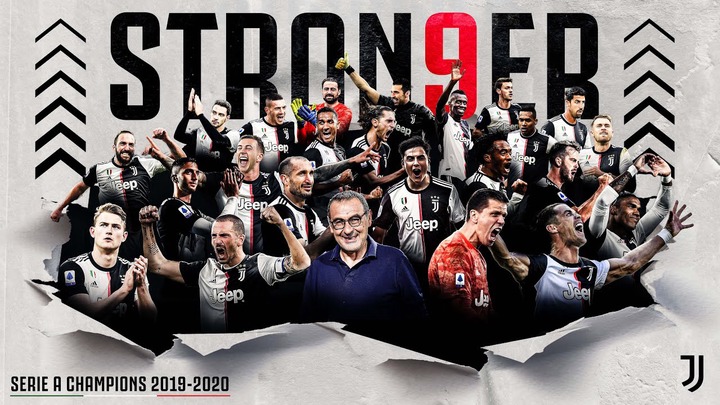 Juventus extended their record for the most consecutive Serie A title win. The 2019/20 season was the 9th time they won the league consecutively and their 36th overall. 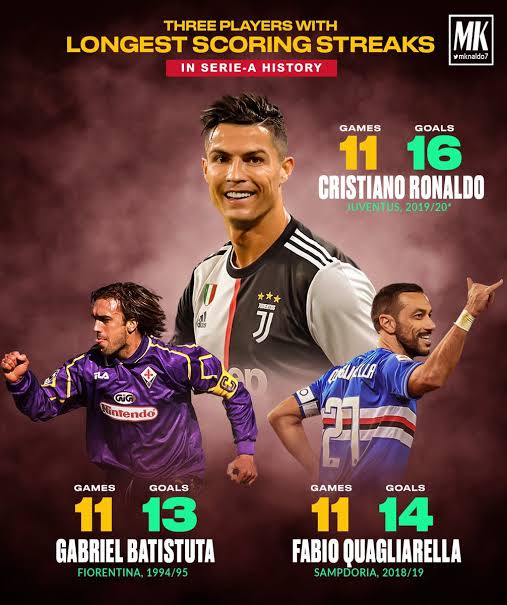 Ronaldo opened the scoring in Juventus 2-1 win over Spal which was the 11th consecutive time he has scored in Serie A. No other player has scored in more than 11th consecutive matches. The other two players who share the record with Ronaldo are Gabriel Batistuta (1994/95) and Fabio Quagliarella (2018/19). Ronaldo could have owned the record outrightly but he failed to score in the next game when Juventus won 2-0 against Inter Milan.

3. Buffon's Record For Most Serie A Title. 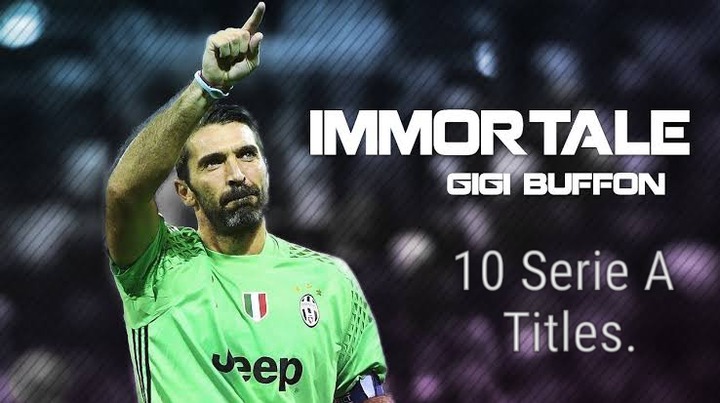 Veteran goalkeeper Gianluigi Buffon has won the most Serie A titles by a player (10).

He is the first player to register double digits in terms of league titles.

4. Sarri's Record As The Oldest Manage To Win The League. 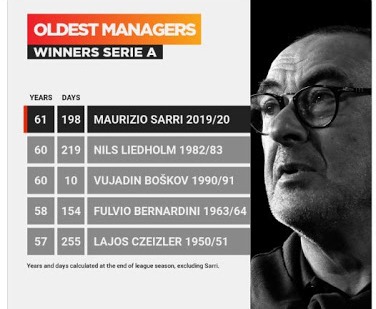 The Juventus coach became the oldest manager to win a Serie title at 61 years, 198 days. 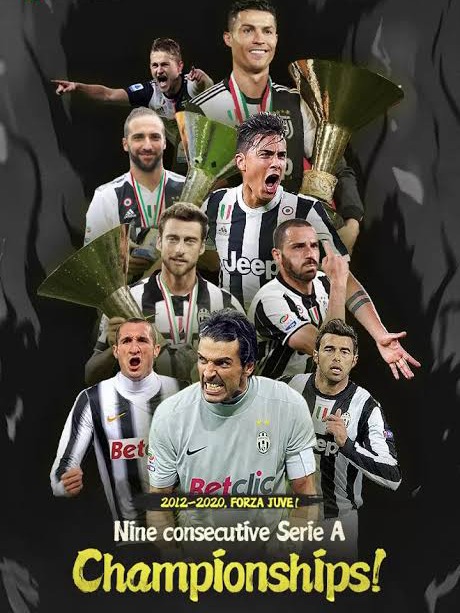 Juventus defender Chiellini became the only player to have won 9 consecutive Serie A titles all of which have been with Juventus between 2011-2020.

6. Buffon's Record Appearances In Serie A 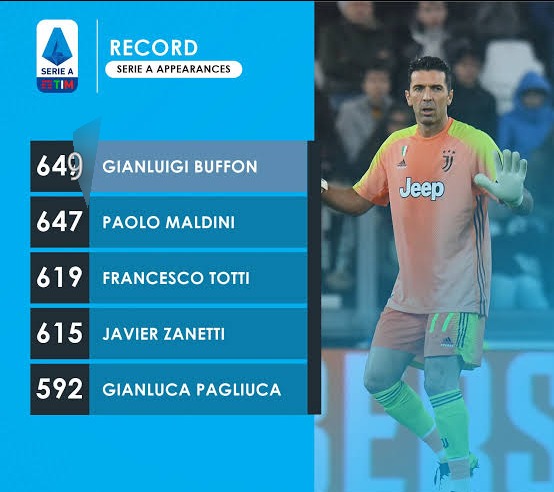 7. Most Penalty Kicks Scored In A Single Serie A season. 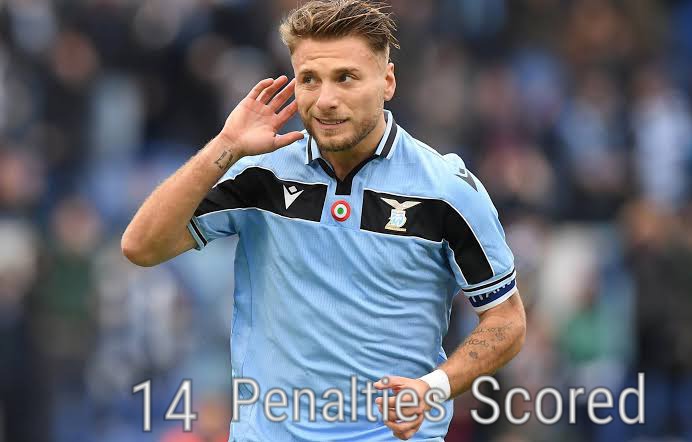 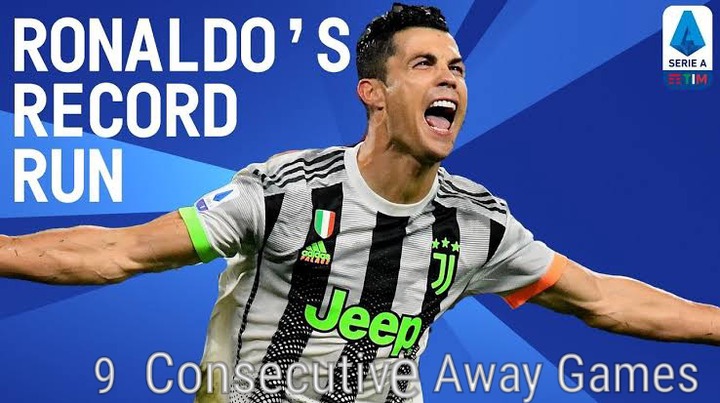 Ronaldo matched his and Lazio's Giuseppe Signori record of 9 consecutive Serie A away games with at least a goal.

9. Oldest Player To Win A Championship 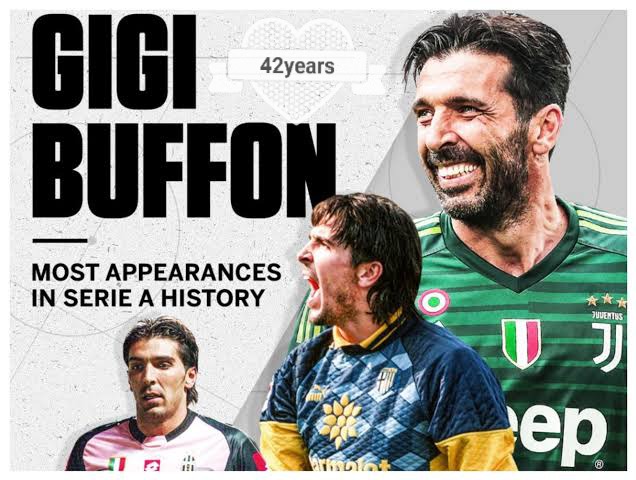 Buffon also became the oldest player to win the Serie A at 42years old.

10. Immobile's Most Goal Scored In A Serie A Season 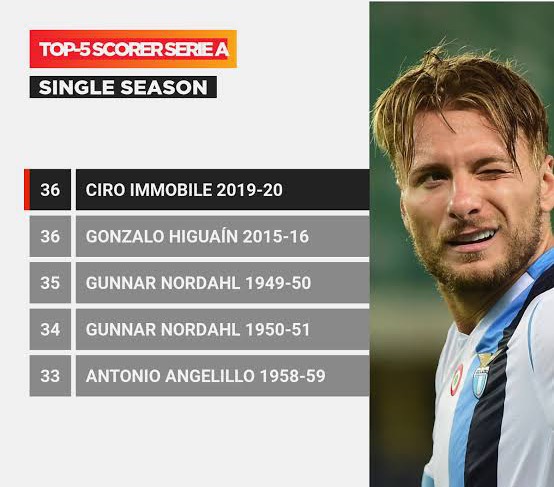 Lazio's Ciro Immobile matched Gonzalo Higuain's(2015/16) and Gino Rosetti's(1928/29) record for the most goals scored in a single Serie A season when he scored his 36th goal of the season in the last match of the 2019/20 season against Napoli.

11. Ronaldo As The Top Scoring Portuguese In Serie A. 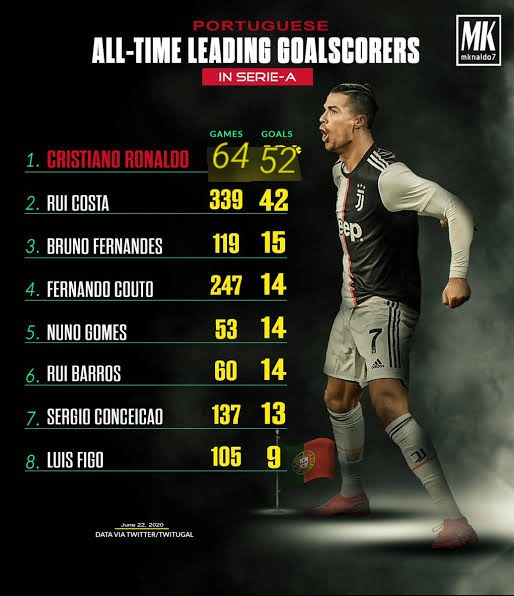 By the time the 2019/20 season ended, Ronaldo had become the Portuguese with the most goals scored in the history of the Seria A with 52goals. The previous record was held by Rui Costa who scored 42 goals. Zlatan Ibrahimovic became the oldest player in Serie A history to score 10+ goals in a single season when he scored in the last match of the season against Cagliari.

These are just 12 of the numerous records set in the just concluded 2019/202 Italian Serie A season.