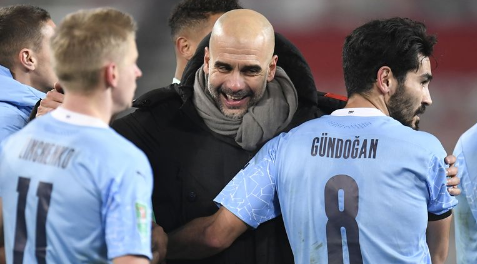 Manchester City are in the form of their lives right now. With just 11 matches left for them to play until the league finishes, one would not be totally out of place if he suggests that City be handed the league title already.

A 4-1 win against Wolves on Tuesday extended their lead at the top to 15 points. Catching them at the moment with the kind of form they are in is simply mission impossible. Infact, a win against Manchester United who sits second on the log this coming weekend may all but secure them their third PL title in four years.

Their latest win meant they have won 21 consecutive matches in all competitions, with 15 of those coming in the league alone. One has to go back to December last year in order to find the last time City failed to pick up a win. A 1-1 draw against West Browich Albion that time.

It is more amazing especially when you come to discover that Pep Guardiola's men were languishing in 5th place early January, but their awesome form now has turned everything around.

They already are in the Carabao Cup final with Tottenham, slated to be played next month; they are in the the F.A Cup quarter finals, and are also one leg into the Champions League last eight as well. With all these, one would feel this is City's year.

On the back of their win against Wolves, they sit just third on the list of the top ten longest winning streaks across Europe top five leagues since the year 2000.

Do yourselves well by checking other teams that make the top ten; 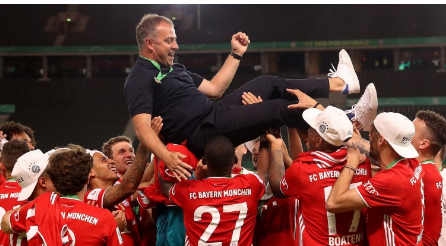 Bayern Munich top the list with an outstanding 23 wins, a run that saw them lift the Champions League, Bundesliga amongst other trophies. They are the only team along side Real Madrid to appear on the list twice.

Manchester City are the only English team to make the top 10, they are just two wins shy of matching Bayerns record. it goes to mean even the invicible Gunners didn't go on such a long winning run.

Whether or not they will break the record is yet to be seen, but with the form they are in, it's easy for one to assume that they will. Up next for them is Manchester United this coming Sunday.

Meet Bob Marley's 12 Children Whom He Had With 8 Women, Check Out These Lovely Photos Of Them

Frank Edward Has Always Been My Celebrity Crush, His Songs Make Me Feel The Spirit Of God -Lady Says

Nigerian Music Artist, Oladips Expresses His Regret After A Woman He Helped Left Him In A Traffic

Bad News for Man U ahead of their clash with Leeds United.

Opinion:FIFA Men's Player Award 2021, see the 5 players under 30 years of age that may win the award

A Short Biography Of Ada Jesus