Flashback: 4 Photos That Describe The Goal Celebrations Of Antonio Conte

Antonio Conte is an eccentric, electric and fiery person on the touchline. The former Italian international, has proved to be a very good tactician who knows the art of modern football tactics. The famed 3-4-3 formation, evolved under a man who has won major trophies at top clubs. 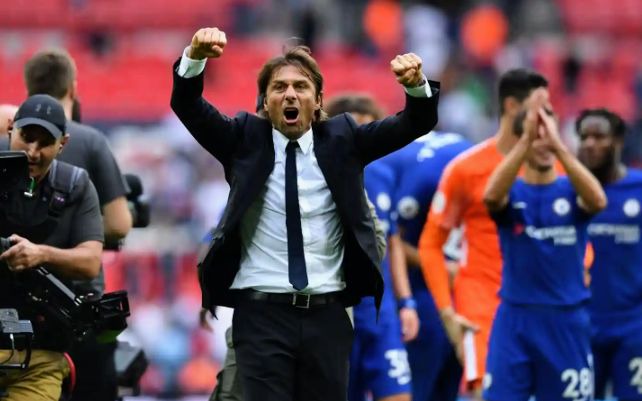 Juventus and Chelsea football club, are the exquisite list of teams he has managed and won titles.

Never to be seen as one of the cool and calm managers on the touchline, the Italian has often attracted attention to himself for being an animated, and sometimes overly dramatic figure. 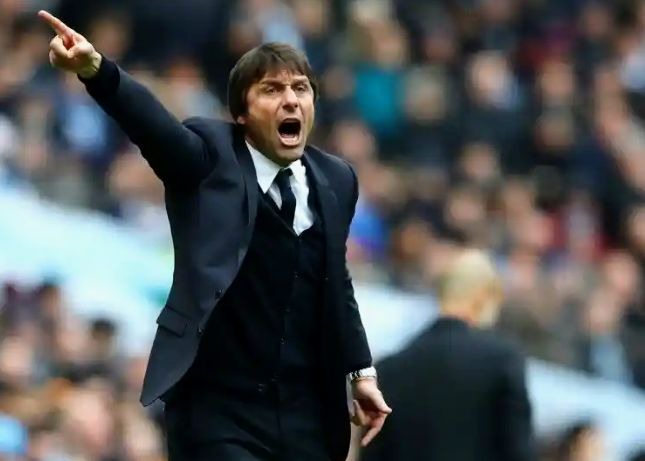 One particular and standout habit or trait of Antonio Conte whilst barking out orders to his players, is his knack for going all out to celebrate a goal scored by his team. 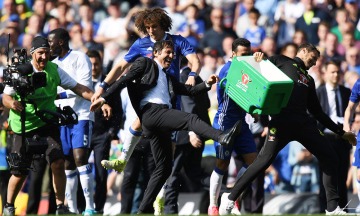 Celebrating goals with all the vigour and energy, you can ever imagine are the hallmark of the Italian manager. So, herein are four unique photos that describe the unforgettable goal celebration moments of Antonio Conte.

1.The Raw Passion On Display In The Euro 2016 Tournament

Antonio Conte, has always been a very passionate manager and it is something that can never be ignored. One of his passionate moments, came into light during the Euro 2016 round of 16 tie between Italy and Spain.

The Italian who was managing his nation senior men football team at that time, showed the world how much a goal meant to him when Italy scored their second goal against the Champions. 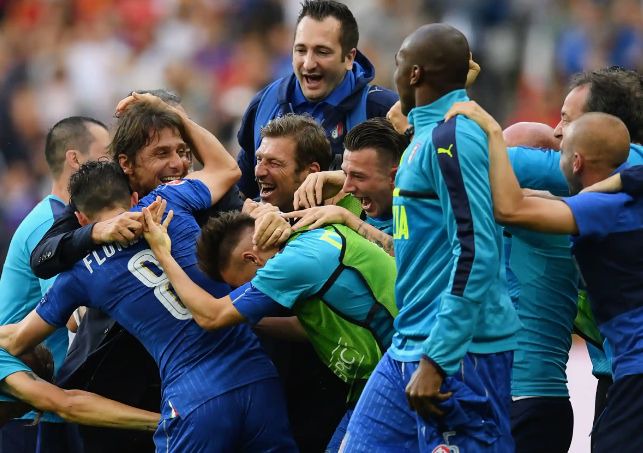 Antonio Conte, had to mob his players in a wild goal celebration that will ultimately prove to be the deciding factor, to eliminate Spain out of the competition. Did you observe the sheer happiness on Conte's face?

Conte announced himself in English top flight football, as a manager who displays it all whilst on the touchline. The Italian was manager of Chelsea football club, during the 2016/2017 season that led to the Blues winning the Premier League.

One moment of unforgettable happiness which was also unusual, had Antonio Conte celebrating a goal with fans in Stamford Bridge. This iconic photo, which will elicit beautiful memories for many Chelsea fans speak volume of the length that Antonio Conte, will go in celebrating the ball entering the back of the net. Did you notice the response, reactions and looks on the faces of the fans?

Still at Chelsea football club, Antonio Conte got the attention of people once again during a Premier League match, between the Blues and Stoke City.

Needing to win the match, to cement their leading status on the Premier league table that had its twist and turns. Chelsea were ahead in the first half, until a Johnathan Walters goal cancelled their lead. 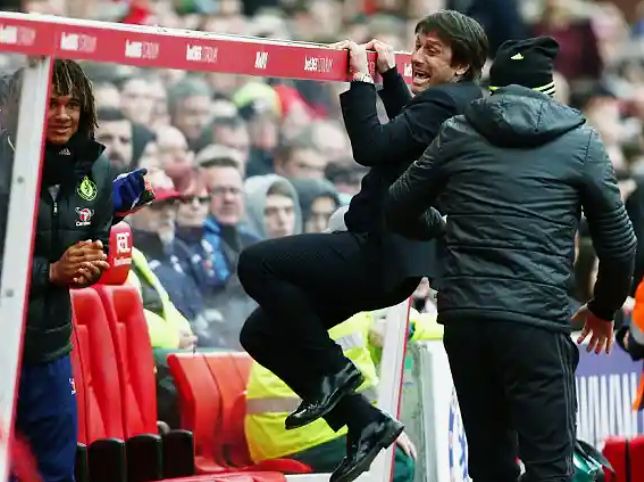 However, a late Gary Cahill header proved to be the decisive goal to ensure the Blues will take all three points away from their opponent.

Antonio Conte's face, reactions and goal celebrations highlight how much it meant to him. His 'crazy' goal celebration had him climbing, and swinging with joy in a bizarre manner.

In what will always be an eventful and happy time for the Italian manager. The 2016/2017 Premier League season, saw Antonio Conte side defeat Manchester United with four goals to nil.

Manchester United under former manager, Jose Mourinho got schooled by Chelsea which strengthened the Blues title credentials, for that season. One of the highlights in the match, was Antonio Conte jumping for joy towards his coaching staff in excessive show of happiness, after Kante scored Chelsea's fourth goal.

When the final whistle was blown, Jose Mourinho had to lay a complaint to the Italian manager on why he should have toned down his 'excessive' celebrations.