By ItzSwayne (self meida writer) | 20 days 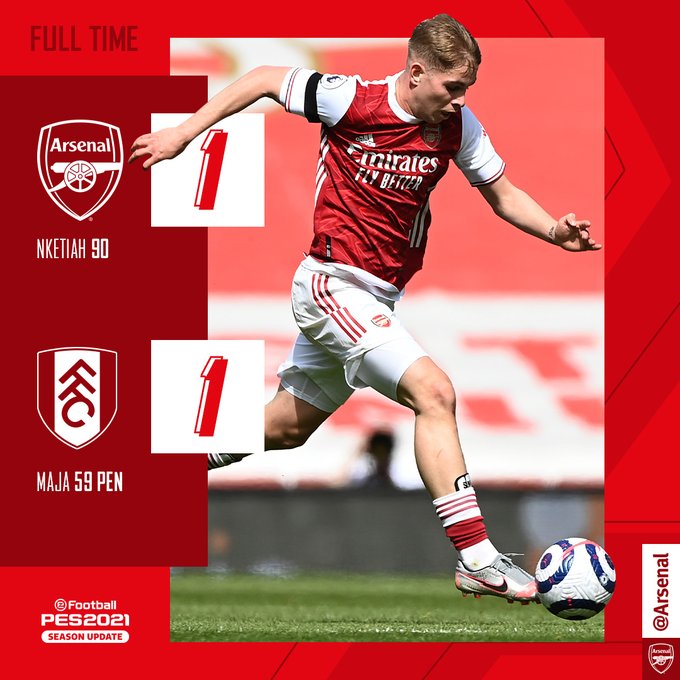 Arsenal played their 32nd premier league game of the season at the Emirates today against Fulham, in a game where Arsenal needed to win 3 points to progress and improve his chances of qualifying for a European competition through the league next season. However, the gunners somehow found a way to disappoint their fans again, as they failed to convert early chances that fell their way in the first half and eventually went on to concede a penalty through Gabriel Magalhaes. Although Arsenal scored before the end of the first half, it was flagged for offside and this made Fulham tighten up their defence to hit Arsenal on the counter attack. 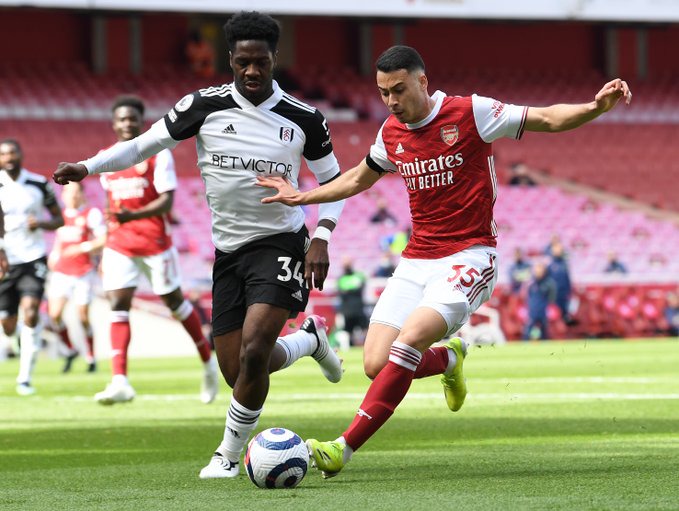 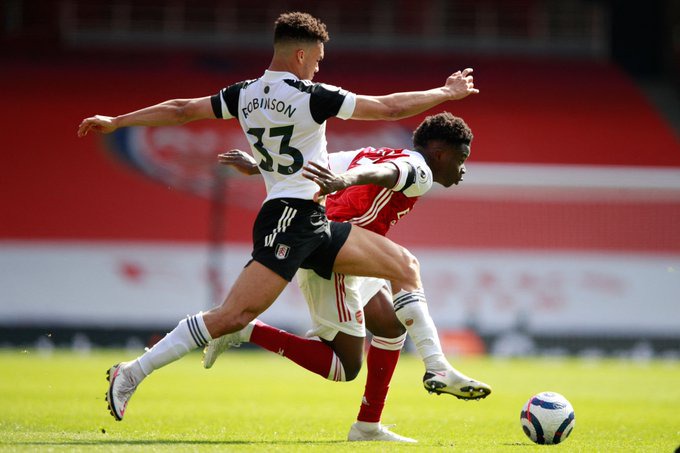 The game ended 1-1 to the disappointment of Arsenal fans, after Eddie Nketiah scored a last minute equaliser for the gunners and this article is focused on discussing the errors made by Mikel Arteta that led to this draw that feels like a defeat. 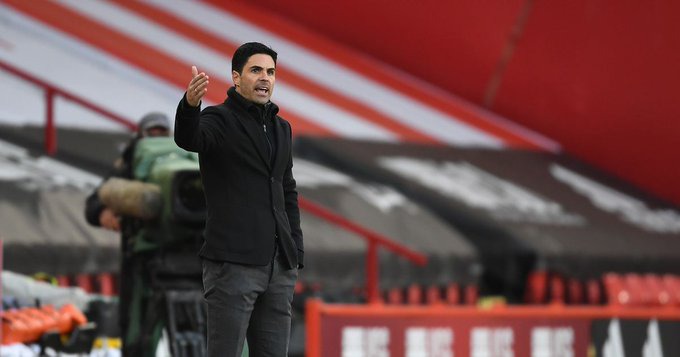 Miel Arteta is so inconsistent with his team selection, and that has sometimes always put Arsenal in troubling positions throughout the season. The manager made 4 changes from the win over Slavia Prague on Thursday, as he removed Partey, Pepe, Leno and Chambers for Elneny, Martinelli, Mat Ryan and Bellerin. The substituted players failed to impress in any major way, and at the end of the day the manager brought in those players he initially dropped.

Mikel Arteta made a mess of his substitutions, as the manager allowed Fulham to grow into the game in the second half before he made any changes. This ideology from the coach is usually detrimental to the progress of Arsenal, as he does not give the substituted players the required time to make a change in the game. Arteta should have brought in Pepe and Partey earlier on in the second half, and taken away Elneny long before Arsenal conceded the penalty because he was just not good enough.

Fans Reacts As Davido Shares New Pictures On His IG Page, Captioning It With "Generational Wealth"

Chelsea Gets A Big Boost Ahead Of Clash Against Man City. See Why.

Opinion: Instead Of Blaming Past Leaders For Insecurity In Nigeria, The Government Should Resolve It