Nigeria best and worst players at the FIFA 2018 world cup 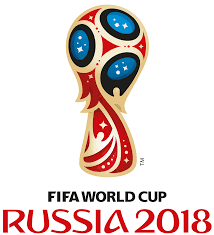 Here is the list of players that cost Nigeria the Semi Finals.

Perhaps ‘worst player’ is too harsh a label - ‘most disappointing’ would be more apt for Victor Moses at the 2018 World Cup. While the ice-cool conversion of a penalty against Argentina was a highlight, he otherwise struggled to impose himself on games and too often failed to deliver the kind of quality in the final third Super Eagles fans have become accustomed to. Others who failed to impress:

The Arsenal man was a victim of being deployed in a wide midfield position against Croatia which ill suited his abilities, and he only made two late substitute appearances in the next two games. Guilty of a poor showing against Croatia, where he gave away the penalty for wrestling Mario Mandzukic to the ground, and was subsequently outshone by both Leon Balogun and Kenneth Omeruo. Anonymous against Croatia and guilty of missing a couple of glaring chances against Argentina which could have changed the entire complexion of that match.