Ranking The 10 Players With The Most Goals Since 2020 (Updated)

By Johndominic01 (self media writer) | 21 days ago 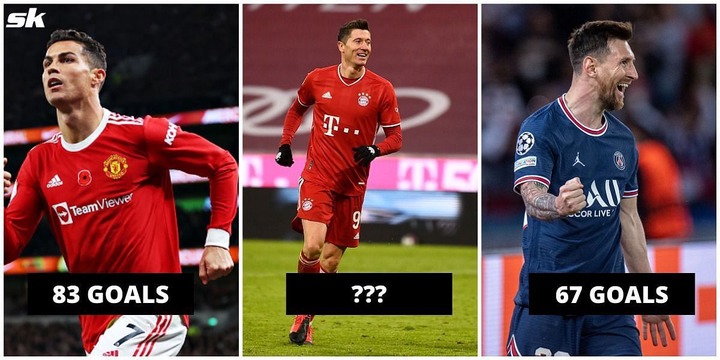 An attacker who is a constant goal threat is a blessing to any team and in the last few years, the beautiful game has been blessed with a set of players that have been scoring goals with breakneck speed.

Those forwards have not just mastered the art of goalscoring but they have also contributed to their teams with their physical strength and technical abilities.

Without further ado, below are 10 players who have scored the highest number of goals since the beginning of 2020:

Harry Kane has been struggling for form since the beginning of this season and this can be attributed to his failed transfer to Manchester City. He only has one assist and one goal in 9 EPL appearances this season.

However, the 28-year-old has been prolific for Tottenham and the English national team in the past few years. He has been in the running for the English Premier League Golden Boot for the past three or four years.

Last season, the Tottenham star was the best player in the league as he provided 14 assists and scored 23 goals in a phenomenal season that saw him win the Golden Boot and the Top Assist-maker gong. Since the beginning of 2020, he has scored 56 goals. 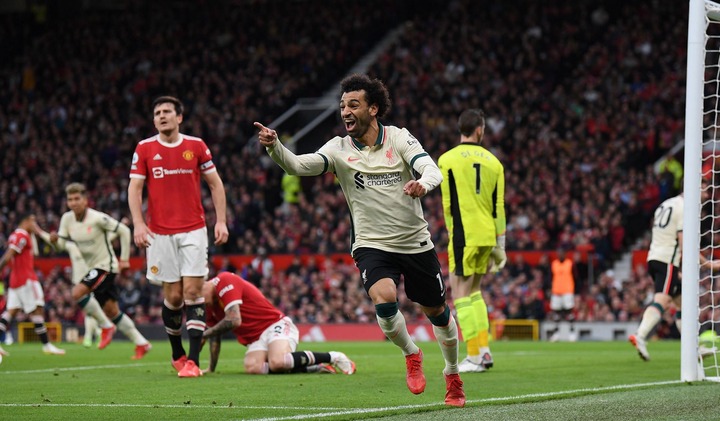 Mohamed Salah has been the best player in the world this season and his impressive goal-scoring form could lead Liverpool to their second league title in 30 years.

This season, the Egyptian King has scored 10 goals and provided 6 assists in the English Premier League. He has scored 58 goals since the beginning of 2020.

Ciro Immobile has had disappointing spells outside of Italy but his performance in the Serie A cannot be faulted.

The Italian striker has been phenomenal since moving to Lazio from Sevilla in 2016. Last season, he scored 20 Serie A goals and provided 7 assists in 35 appearances. This season he has scored 9 goals in the Serie A and he is presently the highest goalscorer in Serie A this season. Since the beginning of 2020, he has scored 59 goals in all competitions. 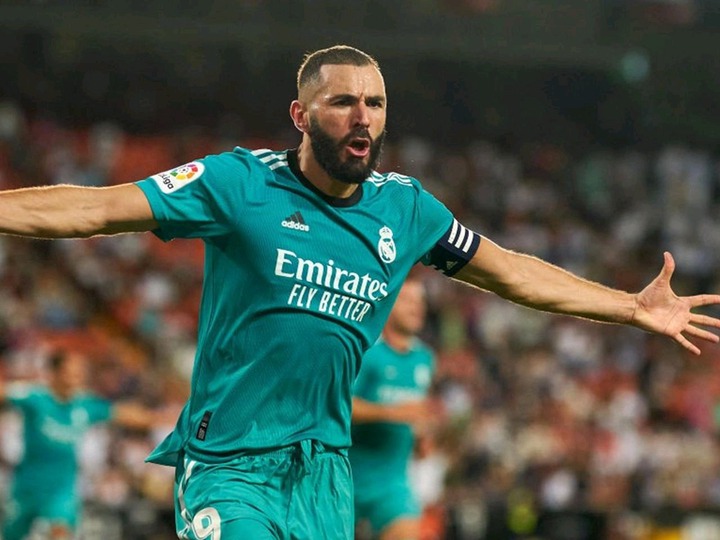 Karim Benzema's performance this year has made him one of the favourites for the 2021 Ballon d'Or award.

Since Cristiano Ronaldo's departure, he has become Real Madrid's star man and after Lionel Messi's transfer to Paris Saint-Germain, he is effectively La Liga's best player.

Kylian Mbappe's contract at Paris Saint-Germain is fast expiring with the French man having less than one year left on his contract. This has, however, not affected his performance as he has been in impressive form this season.

Last season, he scored 27 goals in 31 games in Ligue 1. He has recorded 6 goals in 12 games already this season.

If he eventually leaves Paris Saint-Germain, his absence will be deeply felt. 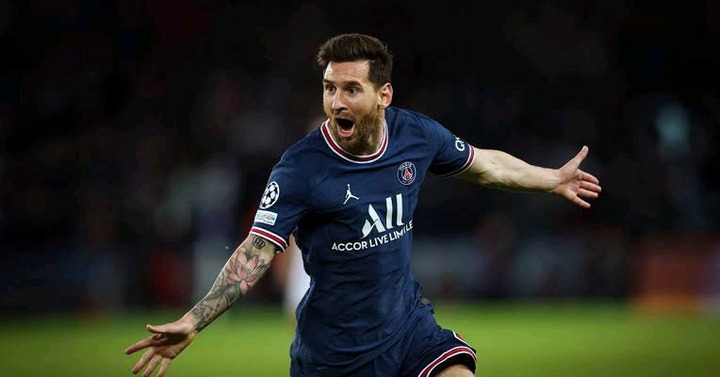 Lionel Messi is one of the best players in the world and his goal-scoring exploits for Barcelona last season has seen him ranked fifth on this list.

The Argentine star has not enjoyed the same amount of success since he moved to Paris Saint-Germain as he has scored only three goals for the French side.

Last season, he scored 30 goals in the Spanish La Liga for Barcelona but he is yet to get off the mark for Paris Saint-Germain in the French Ligue 1.

Romelu Lukaku enjoyed a successful season with Inter Milan last season before he completed his transfer to Chelsea.

Last season, he was Inter Milan's highest goalscorer as he led the Italian side to their first league triumph in 11 years. This season, he has scored 3 goals for Chelsea in the English Premier League. 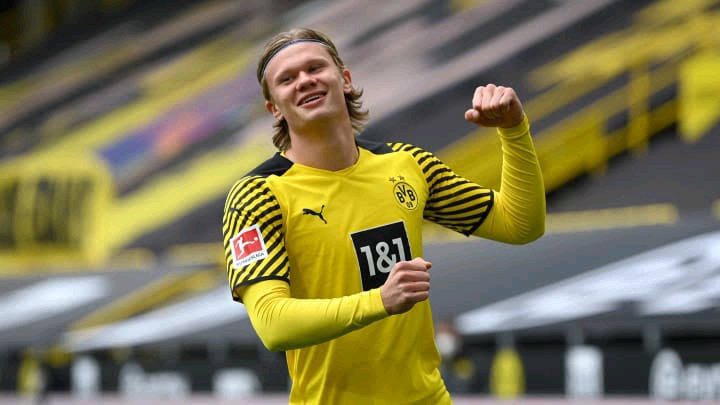 Erling Haaland has been tipped to become a Ballon d'Or winner one day and he is on track to achieve that. Since joining Borussia Dortmund, he has been the team's main goal threat. 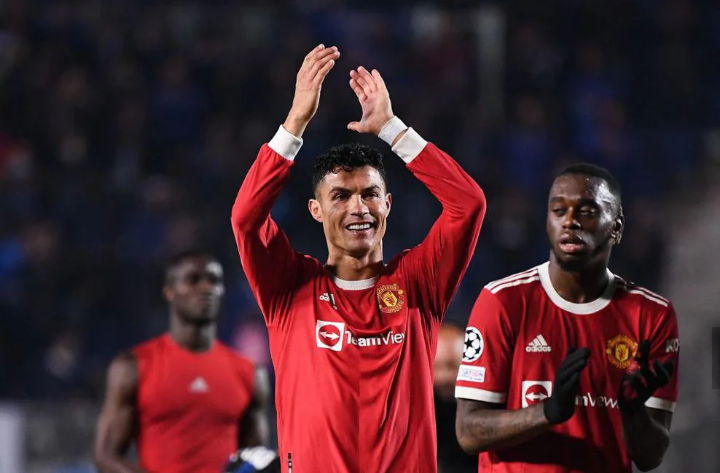 Cristiano Ronaldo seems to be getting better with age as he just refuses to step off the gas. Last season, he scored 29 league goals for Juventus in a disappointing season. Those goals got him the Capocannoniere award (Top Scorer award).

He has been impressive since joining Manchester United from Juventus last summer. He has scored four goals in the English Premier League and five goals in the Champions League in a total of 12 appearances. 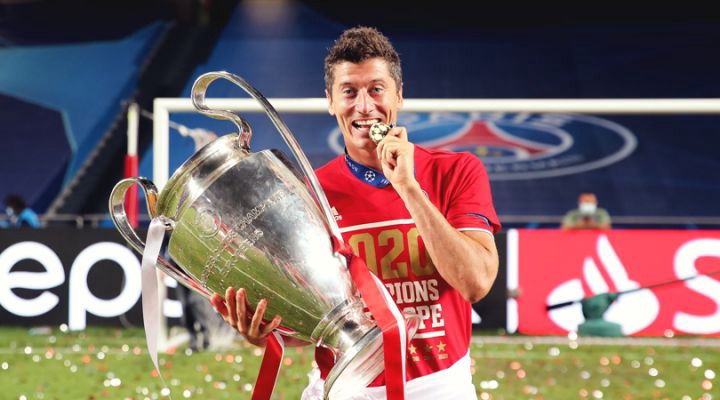 Polish star, Robert Lewandowski is arguably the best striker in the world at present. His exploits in front of goal have made him one of the favourites to win the Ballon d'Or, an award he should have won last year if not for the Covid-19 outbreak, this year.

Last season, he scored 41 goals in the German Bundesliga and he has also continued his impressive form this season, scoring 11 goals in 13 league games already. He is the top scorer in the Champions League this season with 8 goals in 4 games.

Who is presently the best attacker in the world? Share your thoughts below and follow for more informative articles.