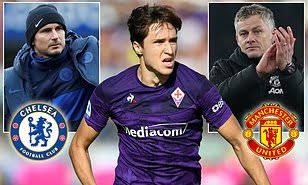 The attacker has been in stunning form for his Italian side during the 2019-20 season, founding back of the net seven times and providing five assists in 26 games in all competitions.

The 22-year-old still has two years left on his exciting talent with La Viola, however, it has been reported that he could be on his way out of the team during the upcoming summer transfer window.

According to La Nazione, the Red Devils have made a €50m (£45m) offer for the Serie A forward who has also previously been rumoured with Inter Milan, Juventus and Chelsea.

The report, though, suggests that Fiorentina are likely to ask for a higher fee before reaching an agreement with another team.

Chiesa, who has largely operated as a centre-forward for Fiorentina side this campaign, has found back of the net 29 times in 139 games for his Serie A giants since debuting back in 2016. Chelsea and Man Utd also considering a move for another Serie A star Kalidou Koulibaly who has been tipped to depart from Napoli ahead of the next season. Chelsea have been handed a huge boost in their pursuit of Bayer 04 Leverkusen’s Kai Havertz, as Bayern Munich have reportedly dropped their interest in the midfield sensation.

Chelsea have already secured the signing of fellow compatriot Timo Werner, but Frank Lampard hopes to add the 21-year-old at Stamford Bridge, as he continues to bolster his squad for the forthcoming season.

Kai Havertz caught the eyes of a plethora of top European clubs after his sensational outing in the Bundesliga last season and was linked with the likes of Manchester United, Bayern Munich and Real Madrid as a result.

Chelsea and Bayern Munich have shown serious interest in the midfielder, and they were set to lock horns for his signature.

However, SportBild have reported that the German champions have opted to look elsewhere, pulling out of the race to land the 21-year-old, per the Mail.

Why the Bundesliga Champions Have Pulled Out

Bayern Munich are said to be unwilling to match Havertz’s £90 million release clause, in hopes of beating Chelsea to his signing.

Havertz, though contracted to the Bundesliga outlet until 2022, has made known his desire to leave the Bay Arena, after the club failed to secure Champions League football.

While hoping to keep their prized asset, Sporting director Rudi Voller earlier admitted Havertz could leave if an agreement was reached.

Speaking to Bild, he said, “There is nothing specific, nothing to report. As of now, he is our player.

“We have our ideas, we know what he can do. I personally hope that he stays one more year. We have an agreement: if it works, he can go this summer.”

Havertz has continued his scintillating form from last season, racking up 17 goals and eight assists in all competitions for Bayer Leverkusen this season

With Chelsea on the verge of Champions League qualification, they are now front runners to snap up the highly-rated midfielder. 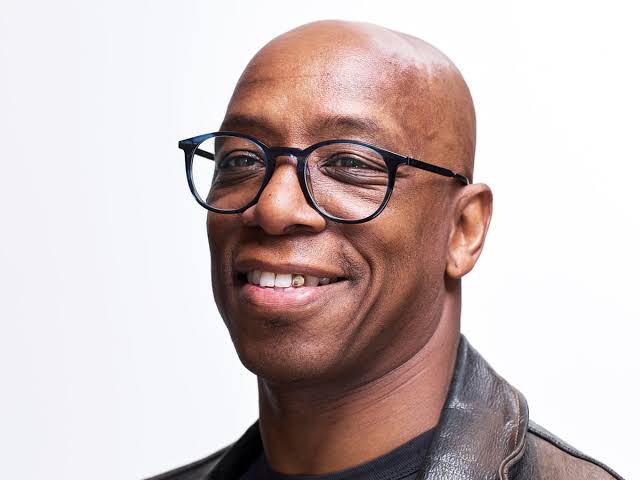 Arsenal legend Ian Wright says Chelsea’s Champions League hopes are looking precarious because they’ll have to beat both Liverpool and Wolves to finish in the top four.

The Blues got their top four bid back on track with a 1-0 win against Norwich City on Tuesday, though their performance wasn’t partuclarly convincing against the relegated Canaries.

Chelsea face Manchester United in the FA Cup semi-final on Sunday before resuming their Premier League campaign against Liverpool on Wednesday.

The Reds are set to lift the title after the game and will want to put in a performance to reflect their fantastic season.

If that wasn’t daunting enough, Chelsea then face Wolves on the final day at Stamford Bridge and Nuno’s side will need a win to keep up their own slim hopes of a Champions League finish.

And Wright believes Chelsea need to win both games to accomplish their goal of finishing in the top four, something he believes they will ‘struggle’ to do.

‘I think Chelsea might struggle. I think going to Liverpool, with Liverpool wounded themselves [they’ll struggle],’ Wright told DAZN.

‘I’m getting a lot of stick from Chelsea fans but if you look at Man Utd’s run-inthey’ll only have themselves to blame because they have the easiest run- in , whereas I think Chelsea have had the hardest run-in.’

Manchester United are four points behind Chelsea but they play their game in hand against Crystal Palace tonight.

Diogo Dalot has been named on the bench for Manchester United’s trip to Selhurst Park tonight.

Many expected the Portuguese full-back to get the nod tonight after Luke Shaw and Brandon Williams were both substituted on Monday night after picking up knocks, but manager Ole Gunnar Solskjaer has thrown a surprise into tonight’s team.

"Timothy Fosu-Mensah makes his first appearance of the season at left-back with Dalot being overlooked again. He hasn’t had many chances this season due to injuries, but we are no convinced that Solskjaer fancies his chances in the team long-term."

That may come as a surprise. José Mourinho signed Dalot in 2018 and sung his praises as being one of the best young full-backs in Europe. Now, having seen him play, I can certain acknowledge his potential but I’ve not seen enough quality to believe he has what it takes to be a starter at Manchester United.

Not even tonight, clearly.

Over on Twitter, United fans are suggesting this news may spell the end of Dalot’s future. See below:

Very happy for Timbo — excited to see how he copes. Tells you all you need to know about Dalot.

Fosu-Mensah is faster and stronger than Dalot, not better in the terms of attacking one bit than his counterpart but we have enough strength going forward. This change has been made, keeping Zaha in mind. Still a big call for a lad who last made an #mufc appearance in 2017.

We shouldn’t forget this is a great opportunity for Fosu-Mensah. The Netherlands international has had a difficult few years with troublesome loan spells and bad injuries.

We can only hope this is the beginning of his break into the United first-team.