Last Season or This Season? Here is Why Liverpool had a Better Campaign Last Season 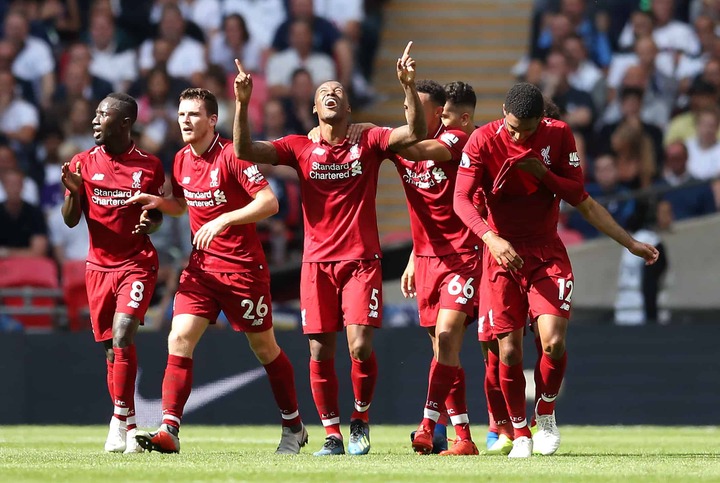 The 2019/20 Premier League season have been a remarkable one for Liverpool football club, the level of excitement in the club is immeasurable since claiming the long coveted PL title. The thinking of many fans may have been, beclouded with the exploits this season, maybe due to the emotional attachment to claiming their first trophy in over 3(three) decades.

Undoubtedly Liverpool are having an historical season, having won the English Premier League trophy for the first time in 30 (Thirty Years). But, Did you know that, despite this milestone reached by the club this season, it may still not eclipse last season performance.?

confused? Here is why.

Liverpool finished the 2018/19 Premier League season amassing a whooping 97 points, with just 1 point behind eventual champions Manchester City, whom they lost the only game of the season too. They enjoyed a fabulous season, smashing records. This season (2019/20) Liverpool has 93 Points currently, which means if the Reds fail to get maximum points to exceed last season's 97 points, then they will have to finish the season with fewer points compared to last season.

Reiterating the fact that, Liverpool had a better campaign last season compared to this season.

Liverpool had all the chances in this world to surpass the 100 points record, but complacency won't let them. They lacked that character, the hunger was lost, suddenly creativity from the flanks were soon out-of-sights since they won the league.

Liverpool looked well on verge of beating the last month. Following Manchester City's loss to Frank Lampard's Chelsea side. At that point, they could still have amassed a total of 107 points - well clear of City's record.

This could not happen anymore after, they were unexpectedly beaten 2-1 by Arsenal at the Emirates stadium. So while it seems that Manchester City are not having a good season (amidst margin of difference between them and Liverpool), they still have their 100 points record to brag about.

Manchester City's victory over Bournemouth and Liverpool's disappointing loss to Arsenal, means the 'Citizens' has the record of biggest winning margin in the Premier League could intact as well (19), with Liverpool just 18 points ahead. The Pep Guardiola men should be able to maintain that 18 points Margin as they have relatively winnable game against Watford and Norwich City.

Their record of most wins (32) is another that will not be beaten, with Liverpool currently on 30 victories with two games remaining.

3) UEFA Champions League Success: Liverpool pulled one of the most dramatic come-back in the history of Football after beating Barcelona 4-0 at Anfield, having lost the first Leg of the encounter 3-0 to the Blaugrana at Camp Nou.

That win sealed a, All Premier League, UEFA Champions League final, as Liverpool face Tottenham, a game which they won 2-0, thanks to goals from the Egyptian Magician and miraculous Divock Origi. Winning the CL last season was so vital to rescuing a season that was set to bisected with Red-ink.

The Champions League this season saw Liverpool been eliminated in the round of 16 by Spanish giants Atletico Madrid, making it the worst CL finish since last two seasons.

4) Most Home Points: When it comes to the team with most Home points per season, we have three sides. First Manchester United did it in 2010/11 season, Chelsea had theirs in 2005/06 while Manchester City did it in 2011/12. It currently stands at 55, Liverpool definitely can not break that record anymore this season

This does not take the shine-off Liverpool's season, both season have been impressive, the Reds will definitely be heading into next season with high-expectations.