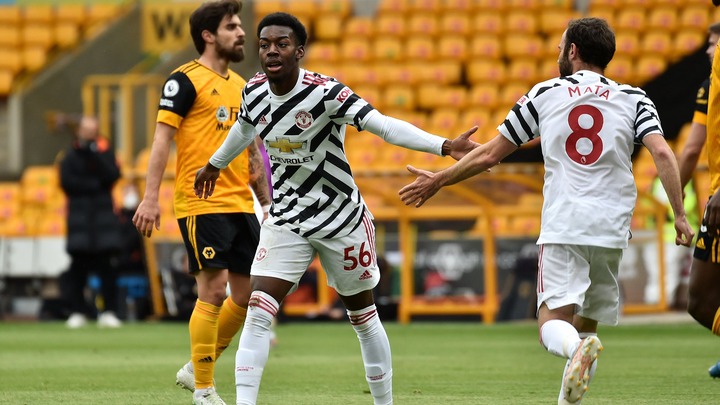 Manchester United football club of England teenager Anthony Elanga has reacted after netting his first English Premier League goal for the Red Devils, in their remarkable 2-1 victory over Wolverhampton Wanderers FC, in the last game of the 2020/2021 Premier League season. The Manchester United Academy product was given a starting role in the attack by coach Ole Gunnar Solskjaer, and he was able to guide his team to a remarkable away victory.

The 19 years old started in the away team's attack alongside Juan Mata and Amad Diallo, and the trio were superb for the away team in the entertaining encounter. Goals from Anthony Elanga and Juan Mata Garcia were enough to give Manchester United a deserved away victory, despite the fact that former Barcelona star Nelson Semedo scored a goal for the home team.

With Anthony Elanga's first half strike, it means he has netted his first ever English Premier League goal for Manchester United FC. 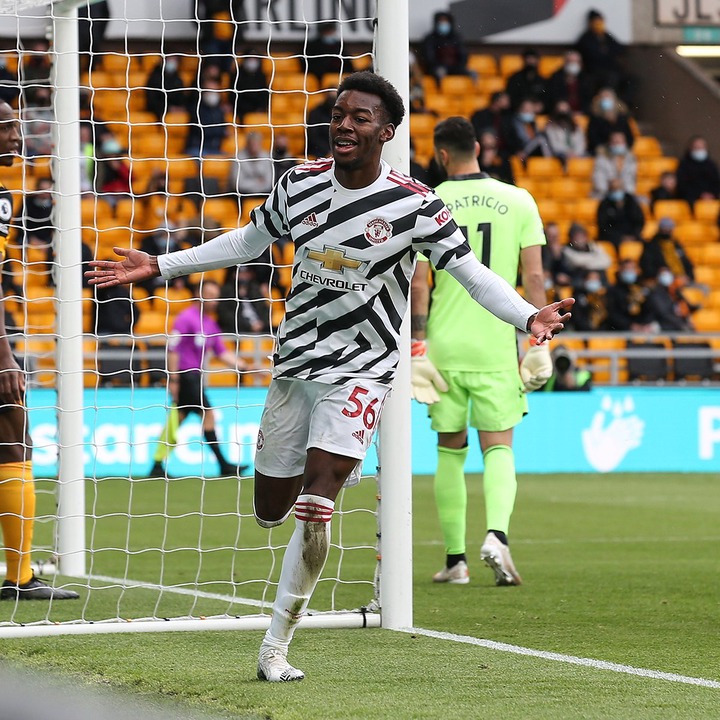 Reacting after netting his first ever English Premier League goal for Manchester United, Anthony Elanga posted on his verified Instagram handle that; 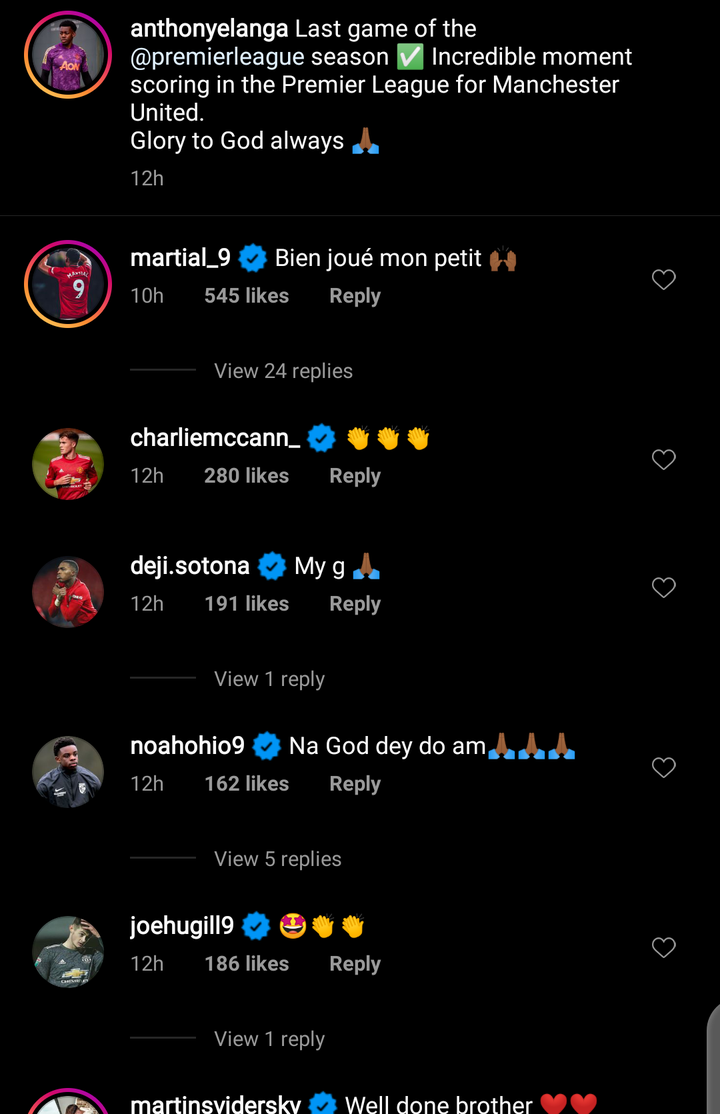 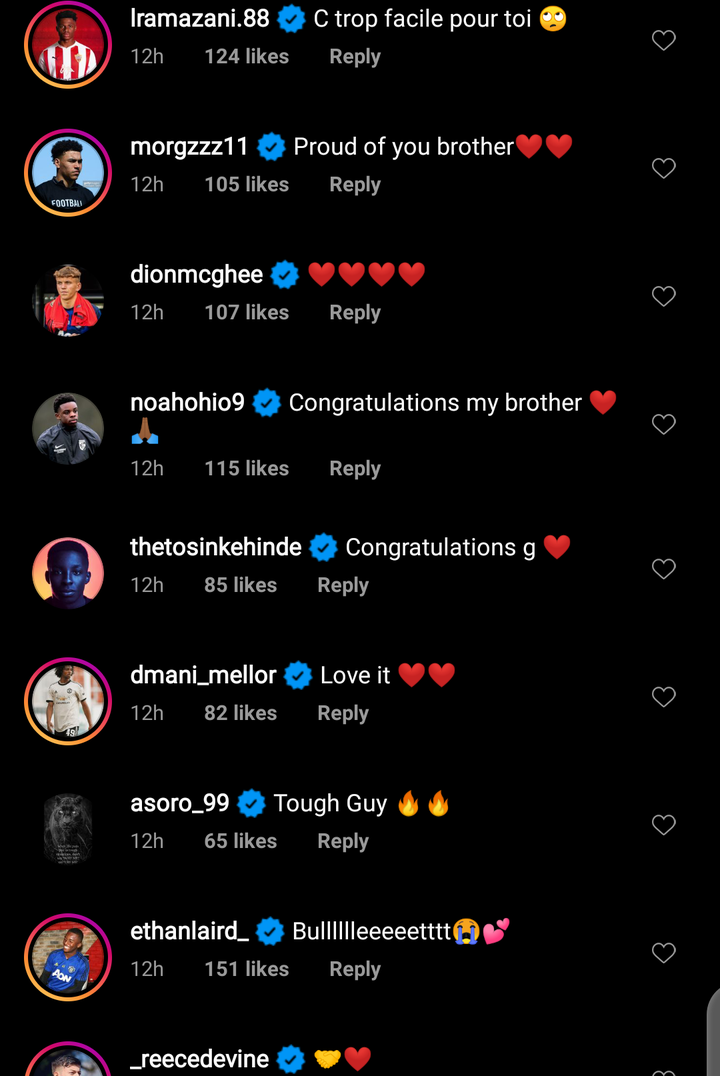