By valentinoigwe (self meida writer) | 26 days 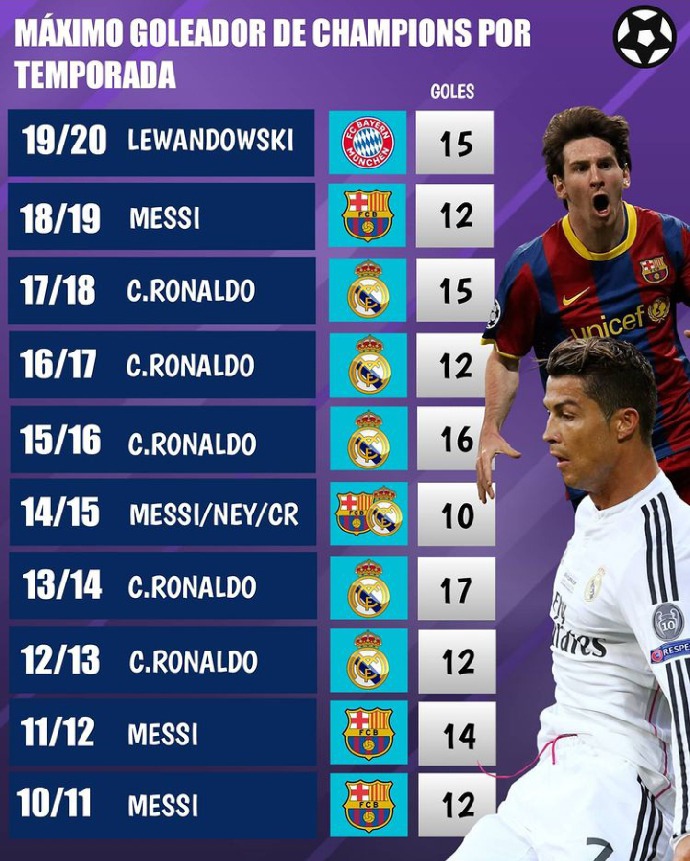 Cristiano Ronaldo scored 12 goals each in the 2012/13 and 2016/17 season. In 2014/15, he scored ten goals alongside lionel messi and Neymar junior. He was able to score 17 goals in 2013/14 season, which is the highest number of goals scored by a top scorer in the last ten Years. In 2015/16 season, he scored 16 goals in the UEFA champions league tournament. His arch rival lionel Messi have emerge as the top scorer on four different occasions. He scored 12 goals each in 2010/11 and 2018/19 season. He also scored 14 goals in 2011/12 season. It was Robert Lewandowski who finished as UEFA Champions league top scorer last season with 15 goals. Who will emerge as the top scorer this season?

Opinion: 2 major reasons why Chelsea will Sack Thomas Tuchel before the end of the year.

Arsenal FC join Man City, AC Milan, and Monaco in the race to sign former Chelsea star in the summer

Edison Cavani's goal celebration is not for fashion, See the meaning behind it