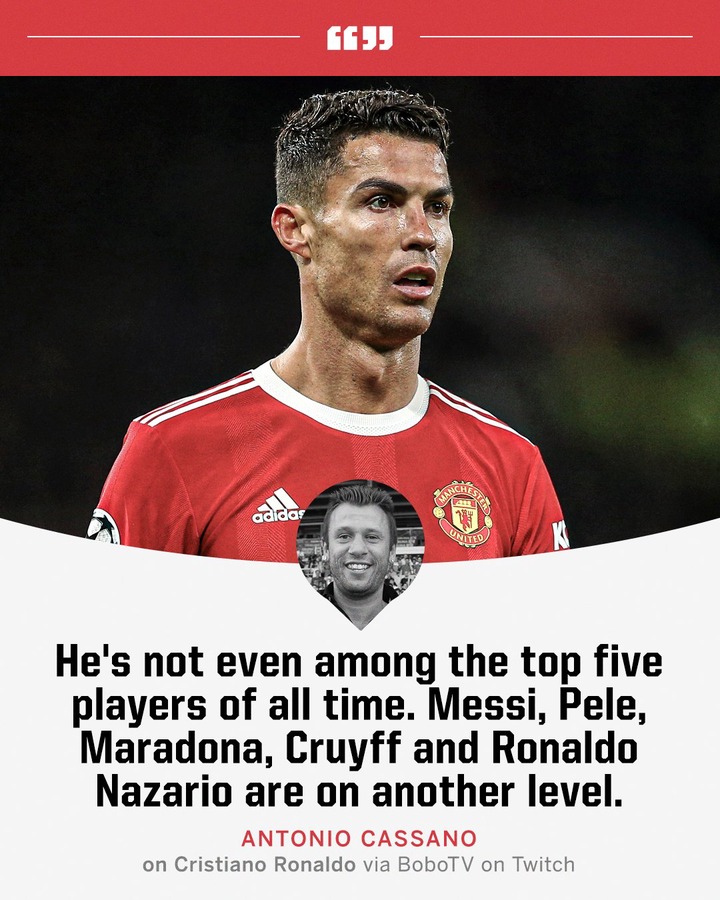 Italian football legend Antonio Cassano believes Cristiano Ronaldo does not make the top five(5) list of football's greatest players to have ever played the game. Carefully analysing and dissecting his comments, one can argue that he is spot on and here is a detailed reason why; 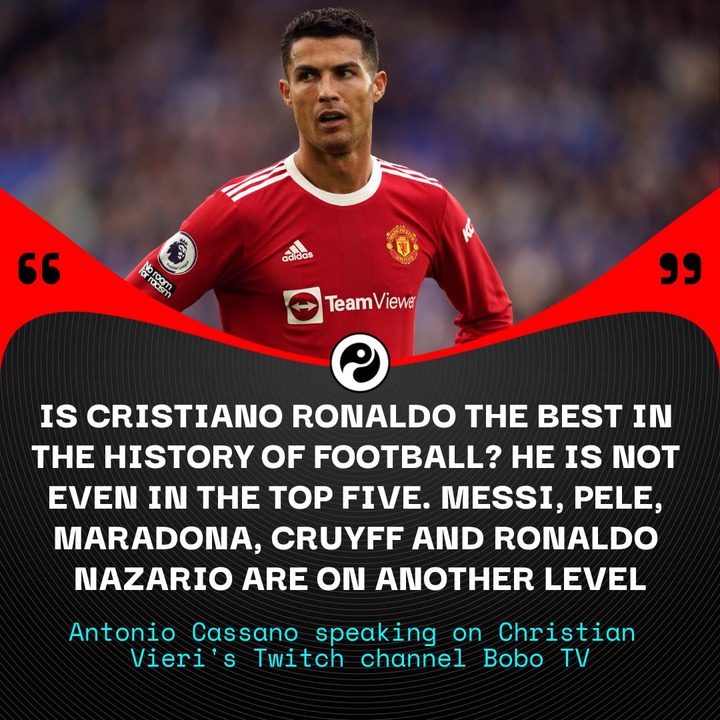 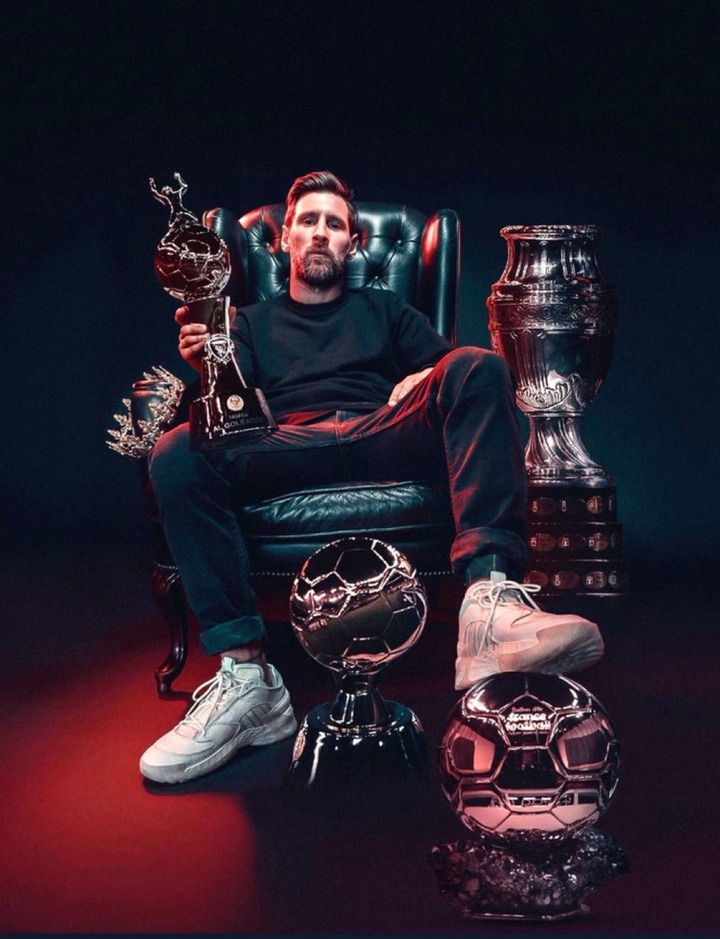 Cristiano Ronaldo is one of the best to ever play football but he cannot do what Pele, Maradona, Cruyff, Messi and Ronaldo Nazario did on the pitch with the ball, team play and all round involvement and buildup, even in his younger days where he was more involved in the build up, he couldn't move, or dictate things, dribble past a large number or defenders, create that 30-40 seconds magical moments where he makes time pause and just breeze past players as if they were statues. That's what Pele, Maradona, Messi, Cruyff and co did. 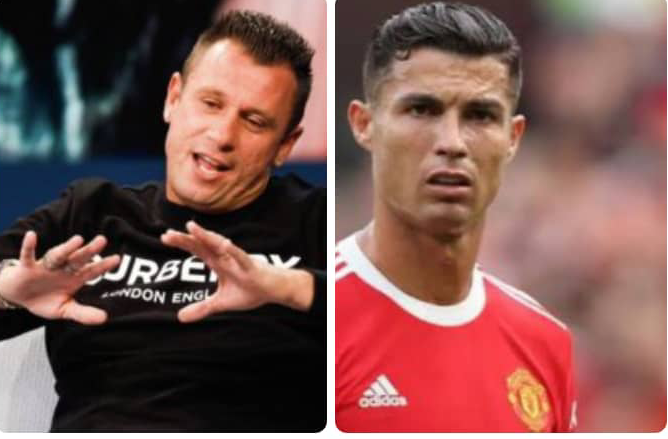 But there's no dispute or arguments that Cristiano Ronaldo is one of the greatest goal scorers of all time. But that doesn’t make him the best player of all time.