With over 500 career goals, Geofrey Chitalu's is one of the most prolific strikers that the continent of Africa football has ever witnessed 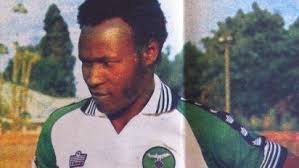 He shared the number 5th position with Lionel Messi on the world's all-time men's international goal scorers with Cristiano Ronaldo leading the park. 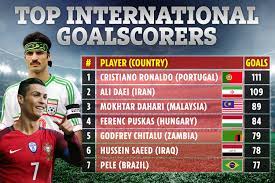 Olusolasportspedal takes a look at the life and times of Godfrey Chitalu.

Chitalu is a Zambian professional footballer that was born on 22 October 1947 in Luanshya, Northern Rhodesia and died on the coast of Gabon on 27 April 1993.

He was the coach of the Zambian football that perished in the plane crash off the Atlantic Ocean of Gabon on their way to honour one of their 1994 World Cup qualifier in Senegal. 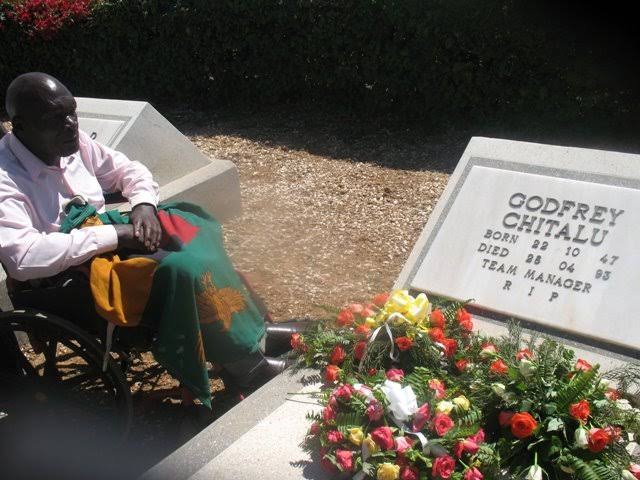 Though he lived for just 45 years on earth and he used almost all the years scoring goals after he was discovered playing barefooted on the street.

As a primary Schoolboy, he was discovered by one Benny Evans, a recreation officer in Luanshya province, who invited him for a trial with an under 15 team called Fisansa Youth Club in the late 50s.

His talent later blossom as a Katawa in 1962 under the tutelage of a club trainer called Tirivavi, who encouraged him to concentrate on the game and drop off boxing as he was also interested in boxing too.

Chitalu joined Kwacha I Youth Football Club in 1959, he gradually warm his way into the hearts of the local fans with his goals. In 1964 the left-footed player was invited for a trial with Kitwe United, a professional division 1 side as a young player 1964. 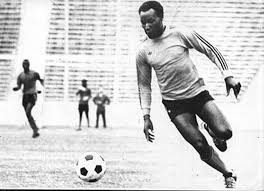 By 1965 he has settled down as a first-team player in the first division side. He scored his first professional goal on his debut against Rhokana United in United's last game of the season.

The following season he has cemented his place, and he continue to set the pace with lots of goals at the club but with a poor disciplinary record.

In 1968 he was made the team captain, at 20 thus becoming the youngest player to the captain of the club. This is curtail his disciplinary excesses on the pitch which paid off significantly as he scored 81 goals in that season for both club and country.

He was named the inaugural Footballer of the Year award as well as finishing the year as the top scorer for the season with Kitwe United finishing fourth on the table. 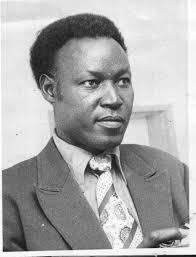 He then went on to win his second Zambian footballer of the year award in 1970, as he played a significant role in the defeat of Kabwe Warriors by Kitwe United.

That was his last season with Kitwe United as he switched over to Kabwe Warriors having spent six years with the club, he played over 200 games with over 176 scored.

Kabwe had to pay through their nose before Kitwe could release their prized asset. A transfer record-breaking of K3,500 was paid for Chitalu to break the Zambian Football League old record of K2000, though Kitwe valued him at K15000 it took the intervention of the National League Body before Chitalu could have his wish granted.

He quickly settled down in Kabwe, at the end of the 1971 season he justified all the hype and money spent on him by scoring 51 goals for both club and country to end the year the league crown and Chibuku Cup alongside the top scorer award.

The man who was nicknamed Ucar, meaning long-lasting battery, hit his peak in the 1972 season scoring 107 goals in the calendar year. Surpassing his record of 81 goals he scored in 1968. 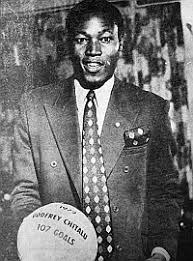 He helped the Club to another Zambian Cup double as well as the Footballer of the year award and highest goal scorer award. He was given a special yellow by the sponsor f the league with his name inscribed on it and the number of goals he scored during the season.

'Ucar' played six seasons for the Warriors before retiring in 1982 having played a total of over 500 games with over 314 goals scored.

He won numerous domestic trophies as well as many individual titles. He was part of the Zambian team that won the Silver medal at the 1974 African cup of Nations and also represented Zambia at the 1980 Olympics in the football event. 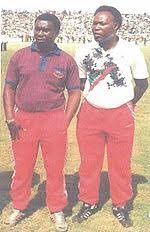 He retired into coaching as he managed Kabwe Warriors between 1984 and 1986. He returned to the club in 1991 left to the charge of the nation in 1993, before he met his untimely death in the ill-fated plane crash killing everyone on board.

One of his biggest achievements in coaching was he promoted Kabwe Warriors back to the Premier League in 1991.

The team also won the Challenge Cup and the Champions of Champions trophy and his effort was crowned as he was named the coach of the year ahead of Freddie Mwila of Power Dynamos who had won the Premier League and African Cup Winners' Cup double.