By Harfoofficial (self media writer) | 8 months ago Real Madrid in the game missed out on the chance to go level on point with La Liga leader and arch rival, Atletico Madrid at the top of the table.

The game featured the return of Belgian international, Eden Hazard making his first appearance for the Los Blancos since March 13th and which was his 10th in La Liga this season. 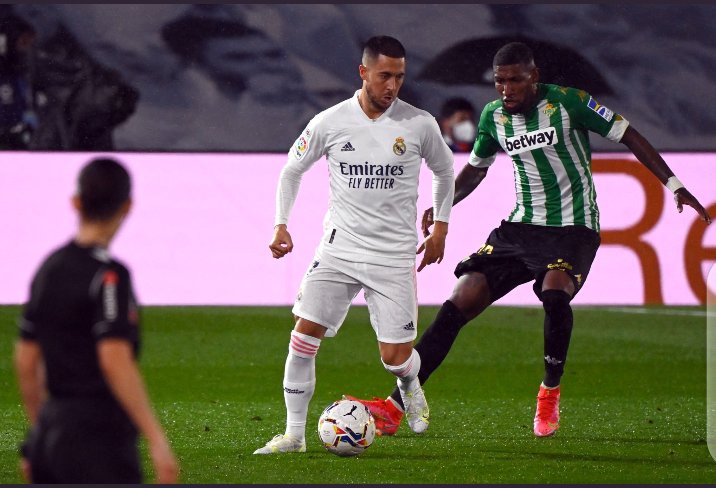 The game between the two sides was very thrilling and intriguing as they both put up physical and dazzling displays showing they both meant business in the show of the night.

The first half was very fascinating as there was nothing to separate the two sides at half time which ended goalless at the end of the first 45 minutes.

The tempo of the game became more tensed up in the second half as all efforts, trials and chances created by both sides to break the deadlock were not successful as the game ended goalless at full time, thereby making it no victor no vanquished at the Alfredo Di Steffano. 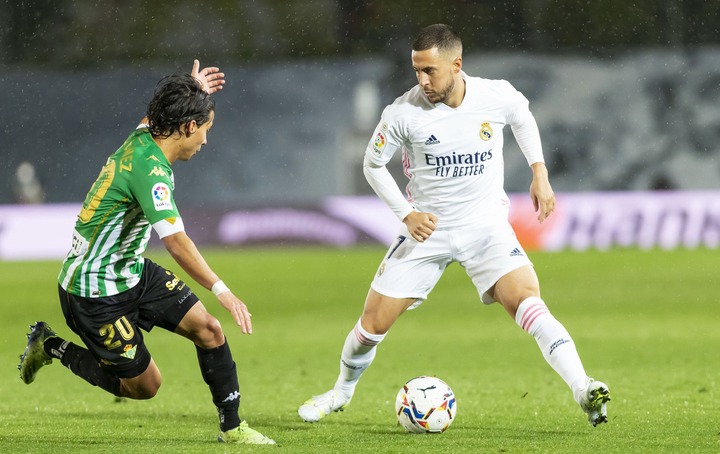 The former Chelsea star, Eden Hazard showed a superb displays in the game despite starting the game from the bench, before been introduced in the 77th minutes for Marco Asensio.

Eden Hazard in the show of the night created 2 key passes with 12 accurate passes despite playing only 13 minutes 🆚 Real Betis which was the most created by a Real Madrid player.

As such, no player created more chances for Real Madrid versus Betis than Eden Hazard, despite only been on the pitch for 13 minutes.

This was really a good impression and green light for Zinedine Zidane as they looked forward to their most anticipated clash in the first leg of the UEFA champions league semi-finals ties next Tuesday at the Alfredo Di Steffano.

Real Madrid with the disappointing result of the day now currently sit at the 2nd spot on the table with 71 points in 33 games played, they are now 2 points behind league leader, Atletico Madrid with 73 points in 32 games played and 3 points cleared ahead of perennial rival, Barcelona with two games in hand.

Real Madrid will now be optimistic to be back to winning ways in their next fixture as they prepared to host English premier league giant, Chelsea FC on Tuesday for the first leg of their UCL semi-final ties which will featured the Belgian international, Eden Hazard facing his former employer for the first time since he left the club for his dream move. 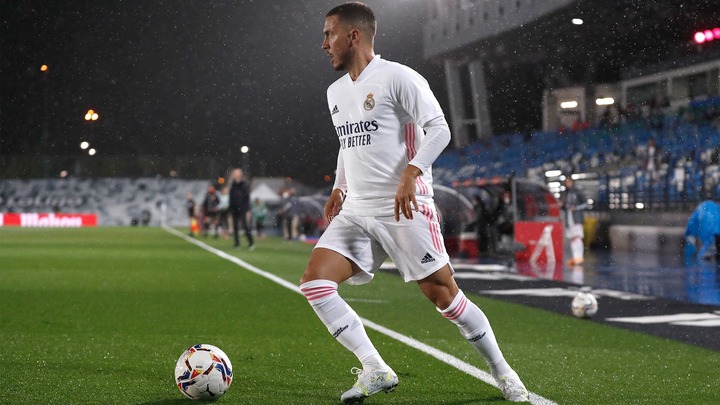