Liverpool welcomed Claudio Ranieri to Watford with a 5-0 thrashing; Wolves came from two goals down to beat Aston Villa in the Midlands derby; Leicester City stunned Manchester United by 4 goals to 2; Chelsea escaped from Brentford with a narrow victory; while Tottenham spoiled Newcastle's takeover party with a 3-2 victory. 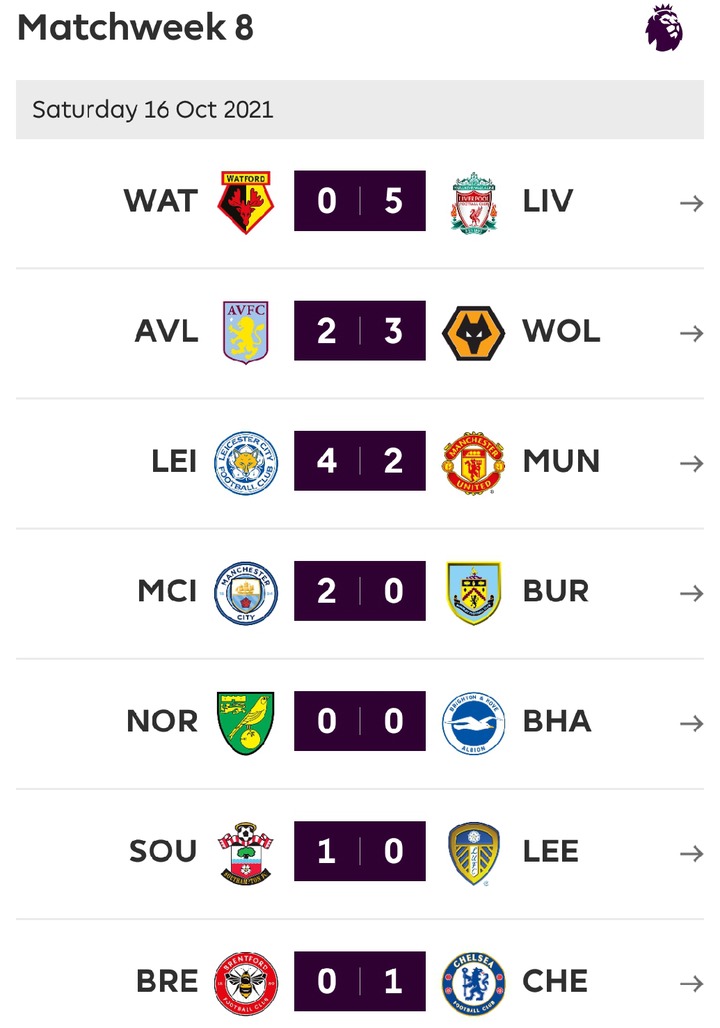 Let us now review some of the best individual performances from players this weekend and fit them into a starting lineup. 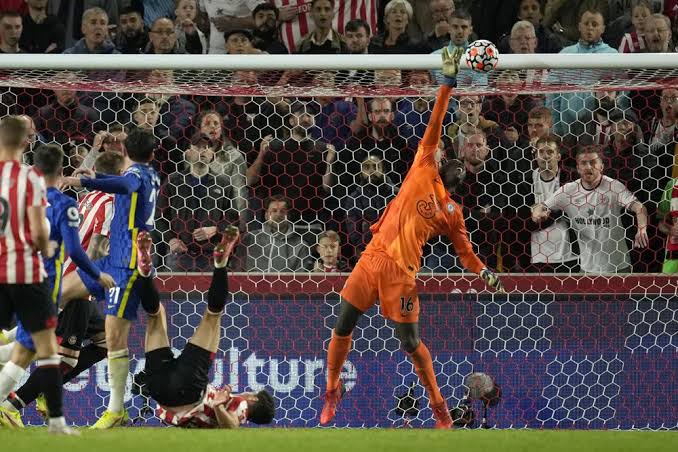 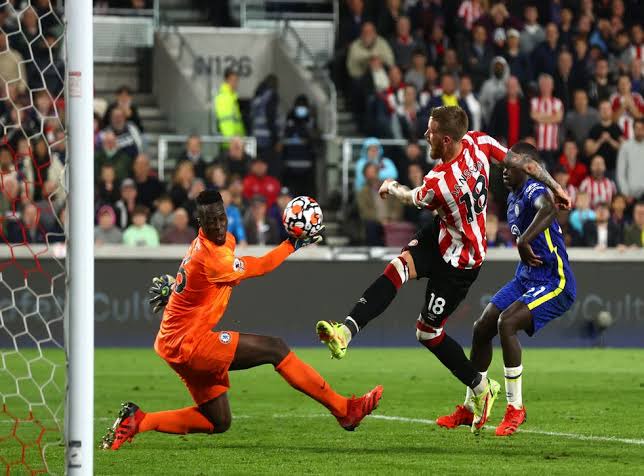 Chelsea will have Mendy to thank for their three points against Brentford as the Senegalese shot stopper blocked out the relentless efforts of the home side with everything he had - including his face. His efforts helped secure his fourth clean sheet of the campaign. 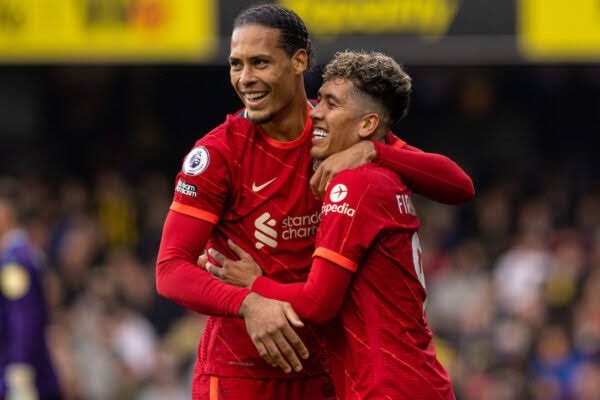 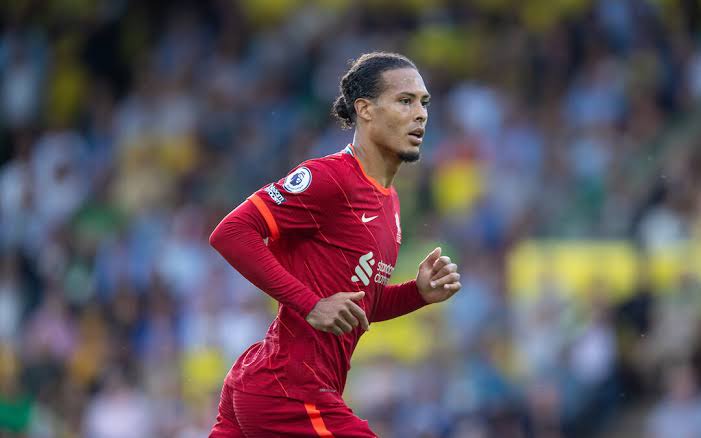 The big Dutchman was solid at the back to guide his team to an emphatic win on Saturday afternoon. He ensured the Watford attackers didn't get a sniff at goal and secured the clean sheet for his side. 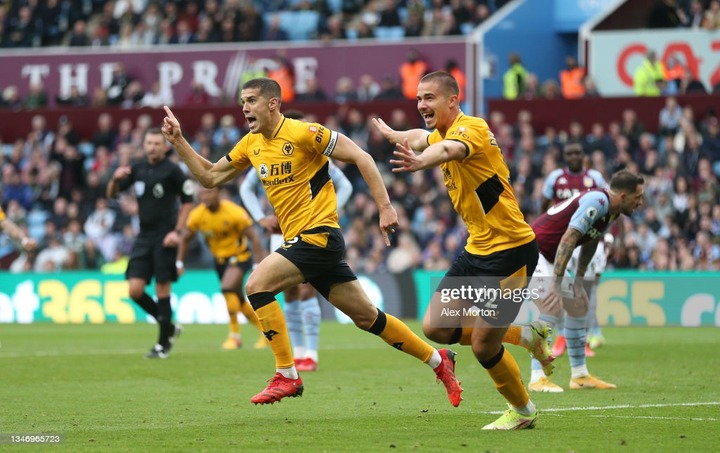 Wolves captain was one of the heroes of the day for his team as he scored the equalizer that sparked their dramatic comeback win over their cross city rivals Aston Villa. 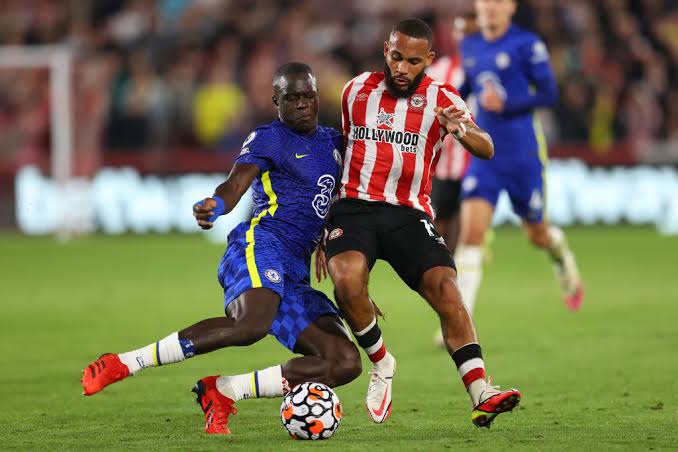 In the absence of Rudiger, Thomas Tuchel was forced to hand Sarr his EPL debut against Brentford and the French defender was excellent on the day. He made 10 clearances, 6 interceptions and 3 tackles to guarantee his side a clean sheet and a narrow win. 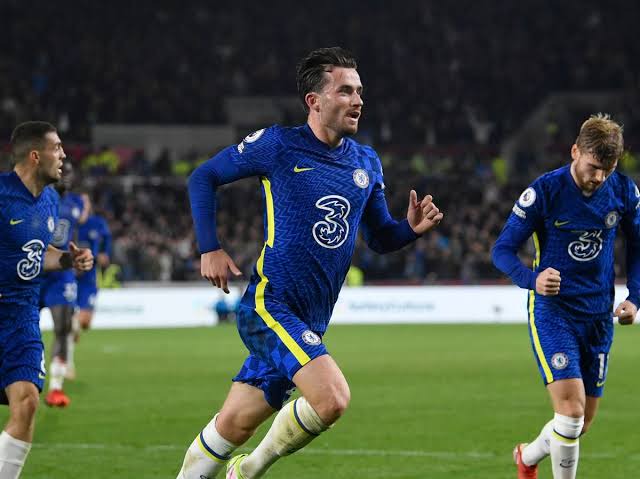 Chilwell continued his fine form in front of goal with another well-taken volley that guaranteed the points for the Blues to keep them at the top of the table. He now has three goals in as many matches for his club and country. 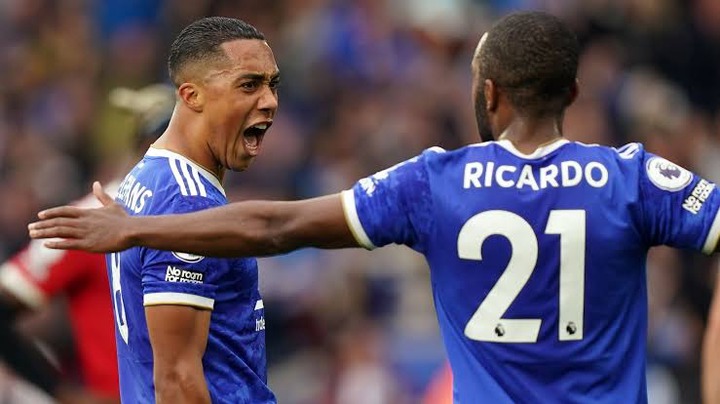 Tielemans was superb in the middle of the park against United and scored a spectacular equalizer that led to an impressive win for the Foxes. 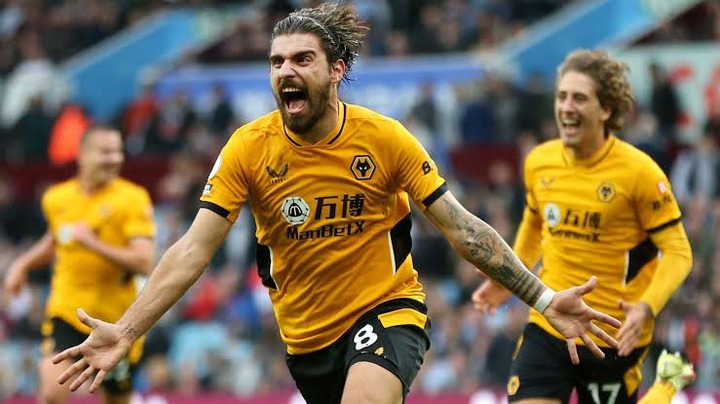 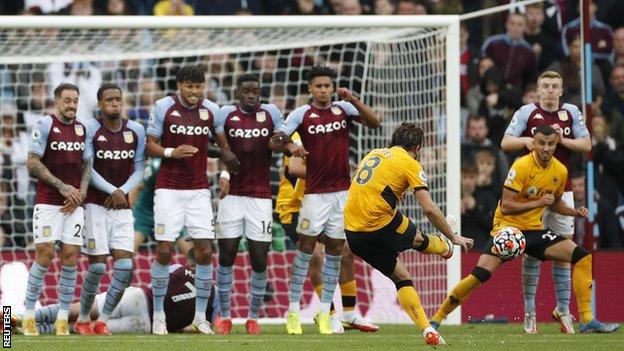 The Portuguese midfielder was responsible for the winning goal that completed the sensational comeback for Wolves in the Midlands derby, thanks to his deflected free kick effort. 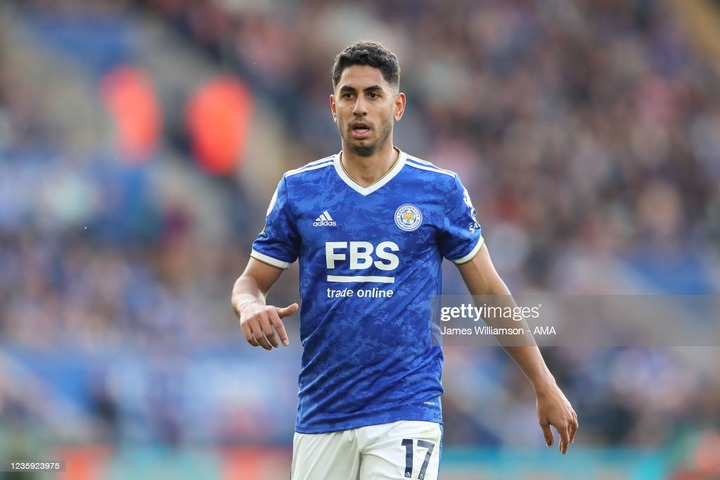 Perez was the game changer in Leicester’s win over Manchester United as he came off the bench in the second half to provide two match winning assists. 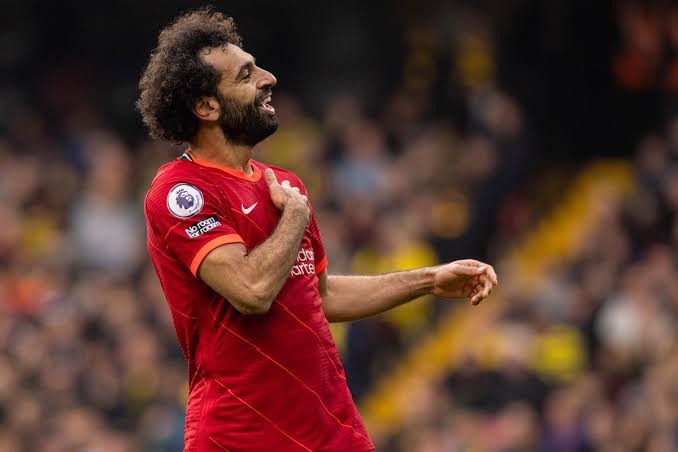 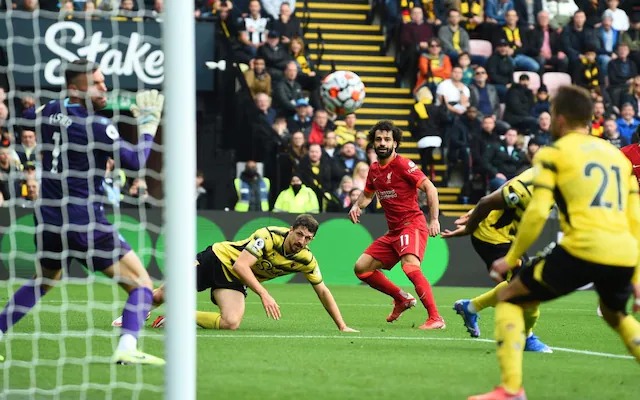 Salah is in unstoppable form at the moment and Watford simply had no solution for him this past weekend. The Egyptian winger tormented Danny Rose on the left flank and provided a magnificent assist for Sadio Mane in the first half, before he grabbed a solo goal similar to the one he scored against Manchester City. 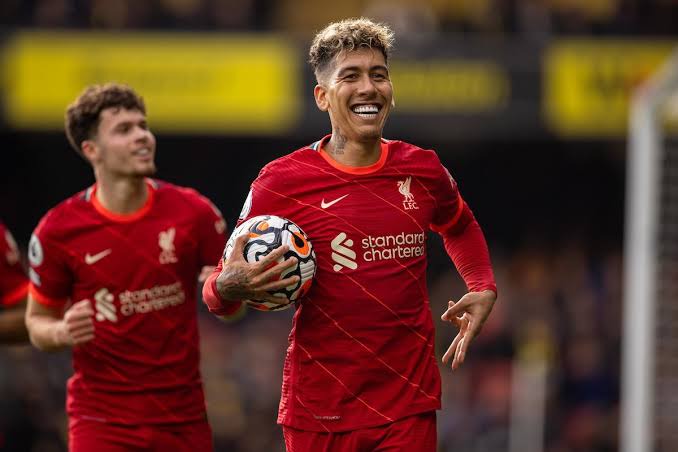 Firmino was the hattrick hero for the Reds to guide them to a five star performance against the Hornets on Saturday. 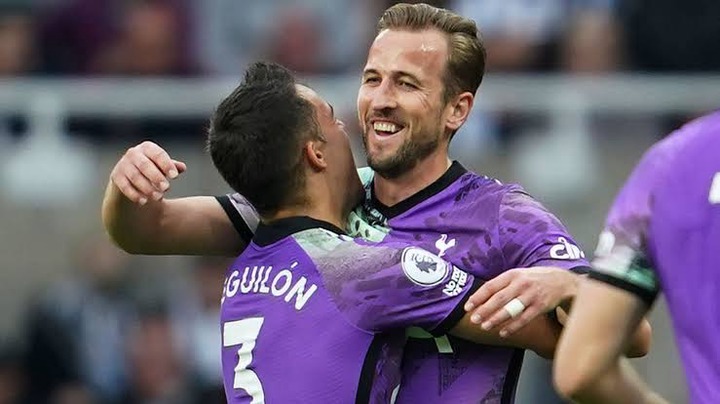 Kane finally opened his EPL account this season with his goal against Newcastle. He also provided an assist for Son Hueng Min that proved to be the deciding goal.

Using a 3-5-2 formation, below is your EPL Team Of The Week from Gameweek eight. 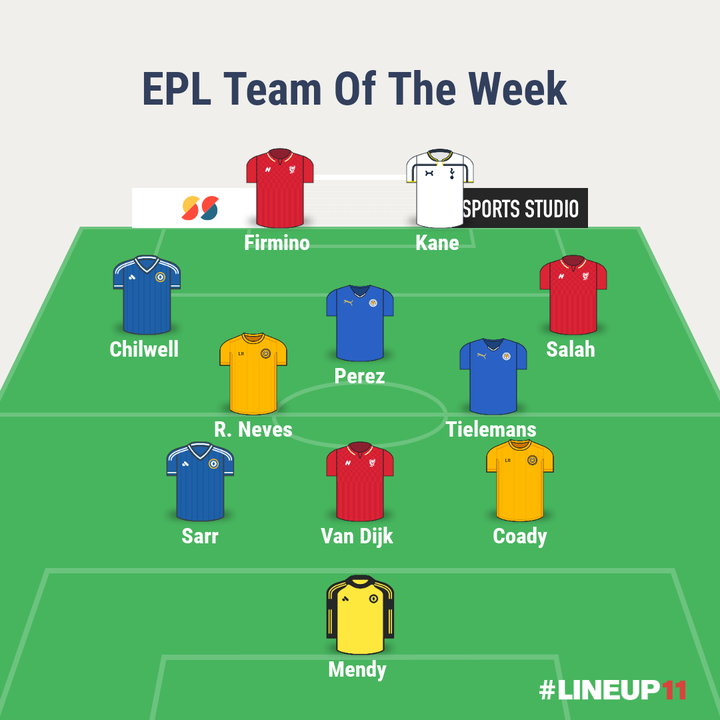 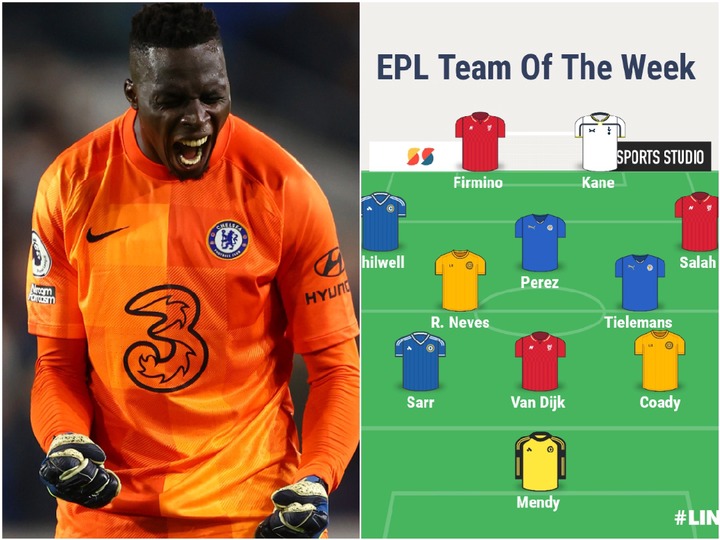