As he went to take a corner, Marseille's Payet was struck in the back by a bottle hurled by home fans. 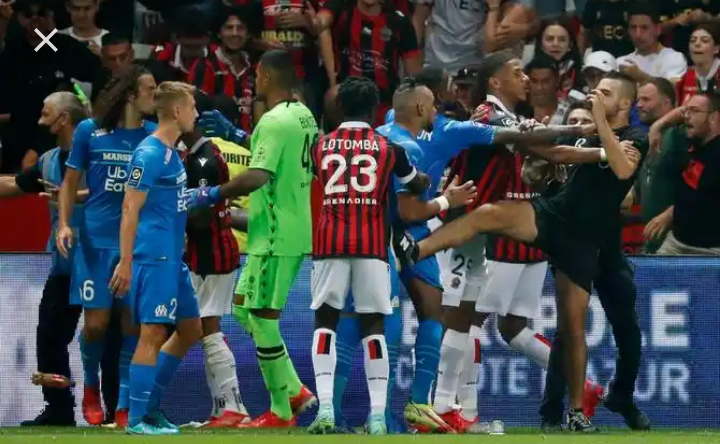 He launched it back, leading to fans pouring on to the pitch as stewards and players struggled to restrain them. 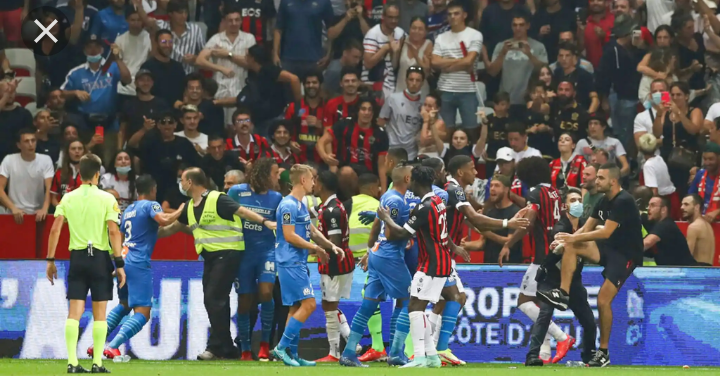 As a result, the game was abandoned. Nice had a 1-0 lead thanks to Kasper Dolberg's first-half goal.

Some Marseille players are said to have been hurt as a result of the incident. 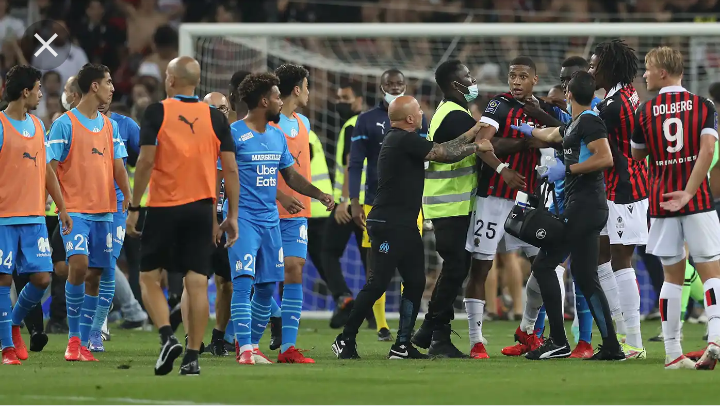 "Our players were attacked," stated Pablo Longoria, president of Marseille.

"We chose not to resume the contest because the safety of our players, who were assaulted during the pitch invasion, could not be guaranteed." 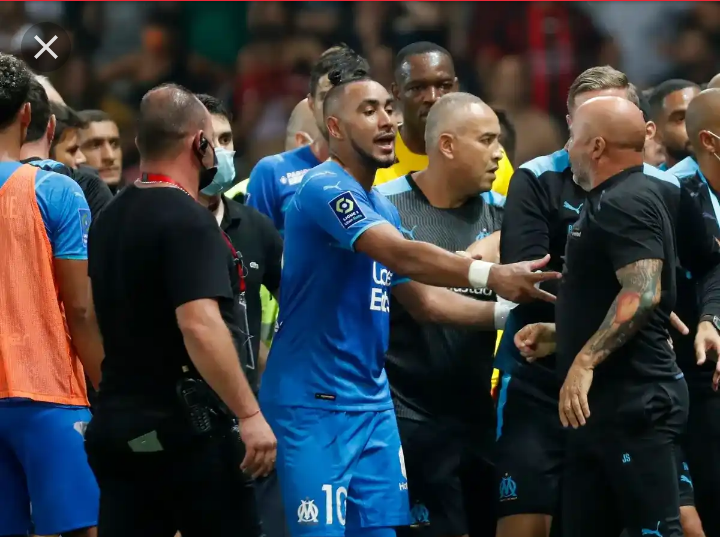 As the players attempted to leave the pitch, scuffles erupted, and Marseille coach Jorge Sampaoli was forced to be held back by his staff.

Throughout the match, Marseille players were targeted by plastic water bottles thrown by that portion of the audience, and one of them hit Payet, causing the midfielder to tumble to the ground.

In the resulting incident, teammates Alvaro Gonzalez and Matteo Guendouzi dashed to the far end of the pitch to confront the fans, as Nice manager Dante attempted to calm the enraged crowd. 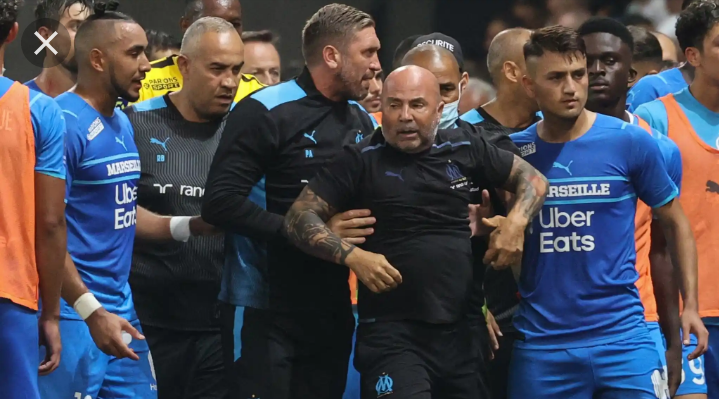 Before a confrontation broke out between players from both clubs, supporters, and staff, a security cordon of stewards attempted to stop the pitch invasion.

Players and officials ultimately made their way off the field and into the tunnel, away from the chaos.