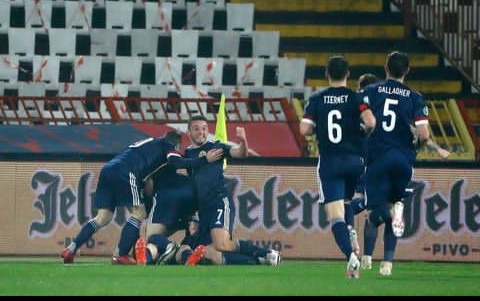 English premier league giant, Arsenal FC defender Kieran Tierney was in action on Friday night for Scotland in their 9th game of the Group F FIFA World Cup qualifiers against Moldova at the Zimbru Stadium.

The former Celtic star retained his spot in his team's starting XI having established himself as a key figure in the squad paraded by Steve Clarke following his outstanding performance for the team in their previous game. 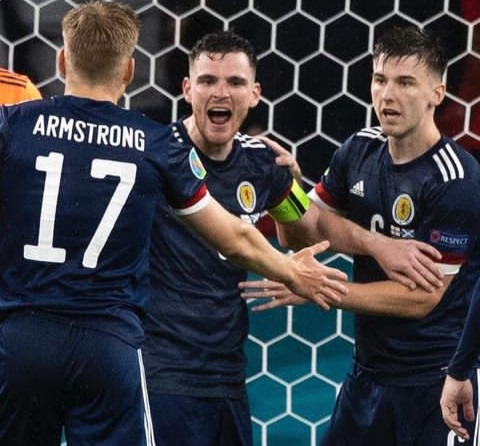 Kieran Tierney was strong defensively in the whole 90 minutes duration of the game as he started alongside Liam Cooper and Jack Hendry in the three-man defence line and they were all able to impress.

Kieran Tierney in the game played key roles in his team's win with his physical, tactical and technical displays which placed them at the second spot on the table.

The visitor opened the scoring sheet in the 38th minute with a goal from Nathan Patterson to make it one nil which was the only goal that separated the two sides going into the half time break. 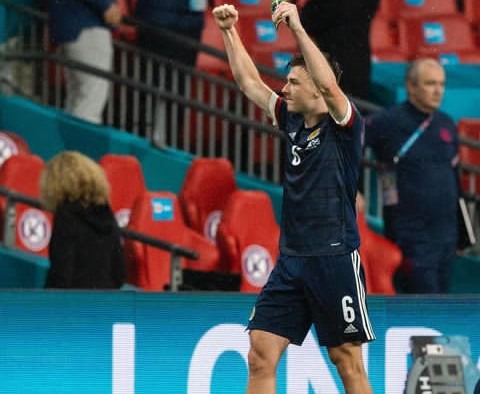 The tempo of the got tensed up in the second half as they both put up some dazzling displays but none was able to found the back of the net until the 65th minute when Che Adams doubled the lead for the visitor to make it two goals to nil.

The win for Scotland means they now currently sit at the second spot with 20 points in 9 games played and as such be hoping to keep the winning streaks going in their next fixture, so as to keep their pursuit going in the campaign with a game left to be played. 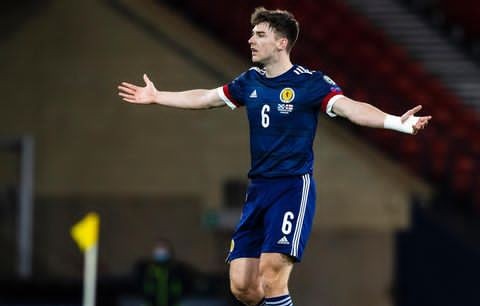 Kieran Tierney will also be optimistic to keep his brilliant run of form going so as to continue helping the team in their next game.