By Godaik | self meida writer
Published 8 days ago - 0 views

Fulham are currently wallowing in the murky Premier League relegation waters, with four Nigerians, Ola Aina, Tosin Adarabioyo, Josh Maja and Ademola Lookman as major protagonists of that cause. 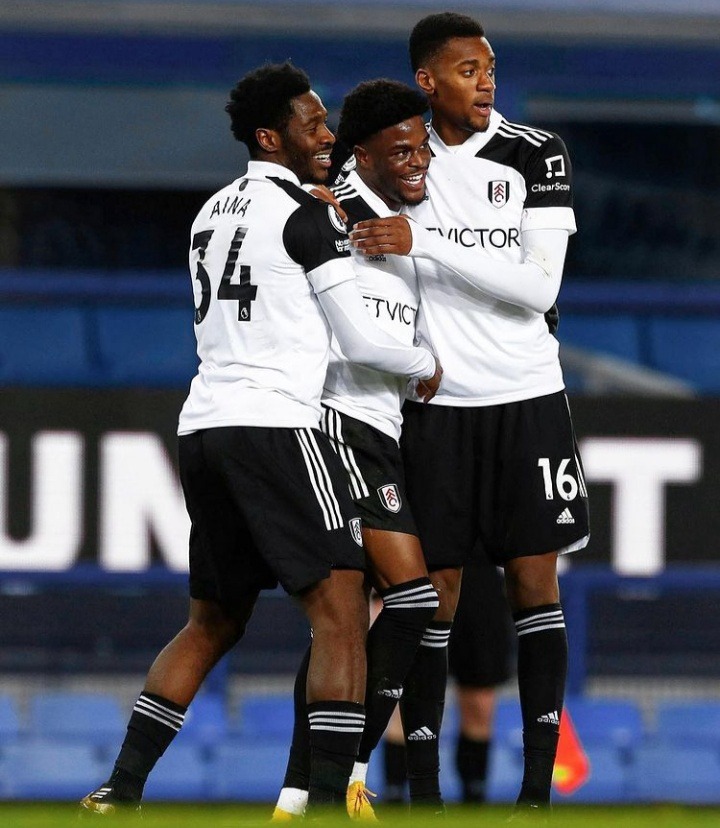 The foursome have been striving to keep the club afloat, but had little or nothing to show for their efforts until Sunday, February 14, when they secured a resounding win at one of the most unexpected venues, Goodison Park, where they triumphed 2-0 over high-riding Everton.

The home team featured Alex Iwobi, the fifth Nigerian in the match day 24 fixture decided by two goals from Josh Maja, who struck on 48 and 65 minutes, to hand the visitors their away win and third of the season, leaving them third from bottom of the standings with 18 points, seven adrift of Newcastle United, who occupy a rung above the relegation zone.

All four made the starting line-up, with Aina and Adarabioyo seeing off the encounter while Maja and Lookman were pulled out on 73 and 83 minutes for Ivan Cavaleiro and Zambo Anguissa respectively.

Adarabioyo, 23, has played 19 games, same as Aina, who has a goal in the bag. Lookman has made 20 appearances while Maja has belted two games and scored as many goals following his loan arrival from Bordeaux on February 1.

Just like they often stayed together to rue poor results, Aina, Adarabioyo joined Maja in celebration after the epic win in London, as pictured above.

Aina and Maja are full-fledged Nigeria internationals, having belted some games for Super Eagles after representing England at age-grade levels while Lookman and Adarabioyo, who also played four England at youth levels are in line for their maiden call-up, having been recently cleared by FIFA to switch their international allegiance.

joshua iginla multichoice nigeria seasons in nigeria what is a civil servant wise words
Opera News is a free to use platform and the views and opinions expressed herein are solely those of the author and do not represent, reflect or express the views of Opera News. Any/all written content and images displayed are provided by the blogger/author, appear herein as submitted by the blogger/author and are unedited by Opera News. Opera News does not consent to nor does it condone the posting of any content that violates the rights (including the copyrights) of any third party, nor content that may malign, inter alia, any religion, ethnic group, organization, gender, company, or individual. Opera News furthermore does not condone the use of our platform for the purposes encouraging/endorsing hate speech, violation of human rights and/or utterances of a defamatory nature. If the content contained herein violates any of your rights, including those of copyright, and/or violates any the above mentioned factors, you are requested to immediately notify us using via the following email address operanews-external(at)opera.com and/or report the article using the available reporting functionality built into our Platform 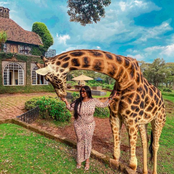 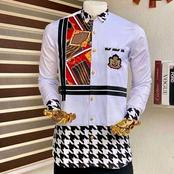 Woman Who Doesn't Know That She Was Pregnant Give Birth Today Inside A Car, See The Full Details 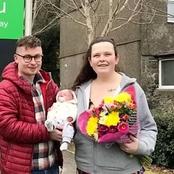 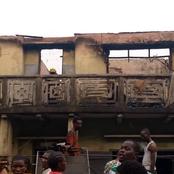 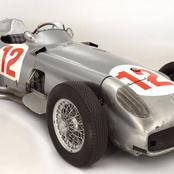 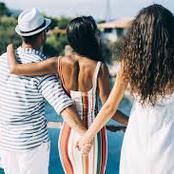 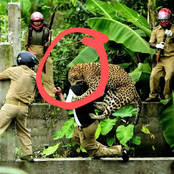 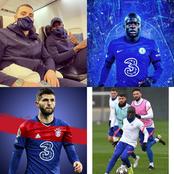 5 Birthing Cultures Around The World 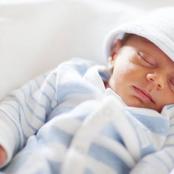 Check Out The 6 Legendary Dribblers Who Made Us Love Football 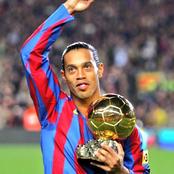