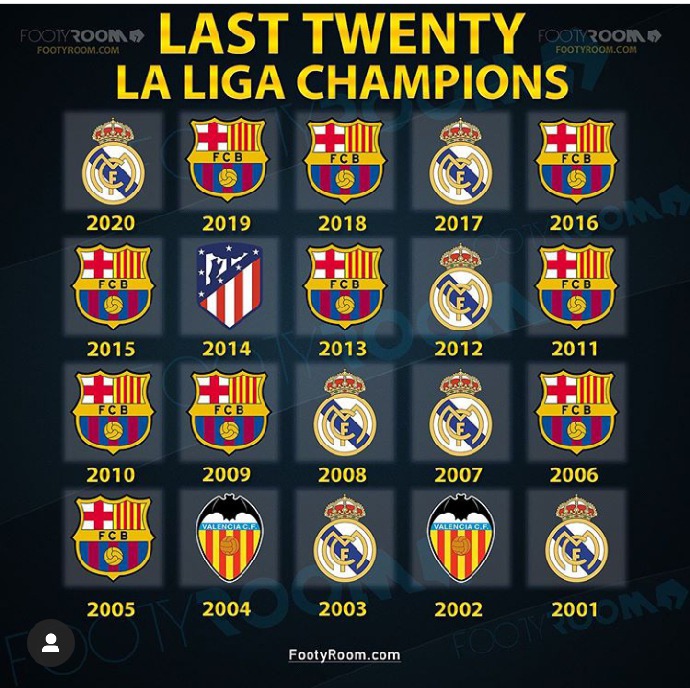 Last Night after real madrid beat Villarreal 2-1 at Estadio Alfredo de Stefano stadium, they won the La Liga title for the 34th times, this shows they have now won 8 La Liga titles more than Barcelona who have won it 26 times. Despite Real Madrid wing the La liga title, it is Barcelona who have won it more than any other Spanish club in The last 20 years.