UCL: Check out Group E, F and H tables and teams most likely to qualify from the 3 groups

Manchester United has gone top of Group F after their Champions League match against Atalanta ended 3-2 at Old Trafford. Mario Pasalic and Merih Demiral scored for the visitors in the first half. However, second-half goals by Marcus Rashford, Harry Maguire and Cristiano Ronaldo ensured the visitors left Old Trafford empty-handed. 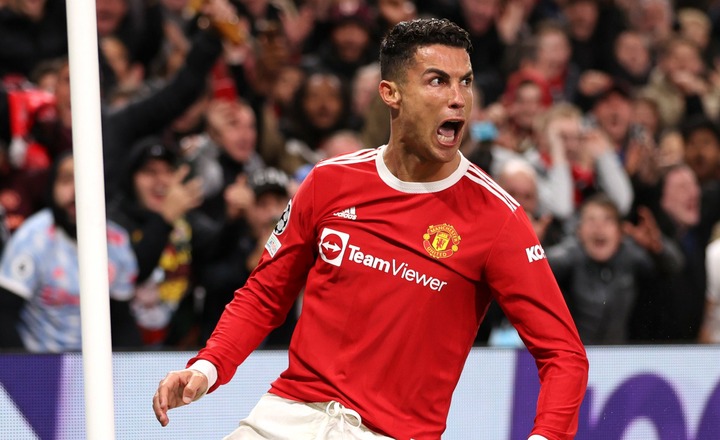 With that win, Manchester United ensured they have their fate in their hands. Atalanta who topped the group before game week 3 has gone down to second while Young Boys who were level on points with United remained as they were after losing 4-1 to Villarreal. 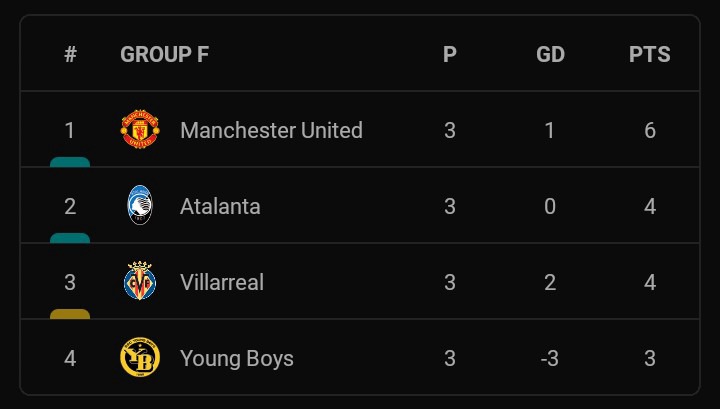 Manchester United now has the momentum and that makes them the most likely to top group F. Having said that, the Red Devils still have to win the second leg against Atalanta in Italy to hammer home their advantage. The winner of the second leg between Atalanta and Villarreal will determine who qualifies along with Manchester United. 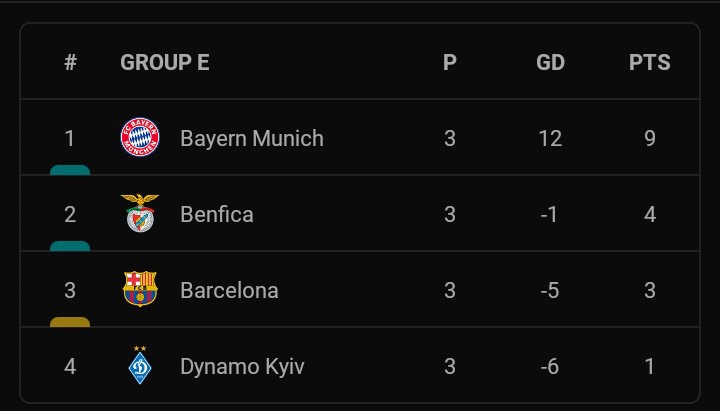 There is no doubt at this point that Bayern Munich is the strongest team In Group E as they have won all their first leg matches and there is a possibility they could qualify for the round of 16 with two games to spare. This means that the second spot is the only available position for the 3 other clubs in the group. That spot likely belongs to Benfica as Barcelona wasn't convincing against Dynamo Kyiv even though they had more of the ball possession and won. 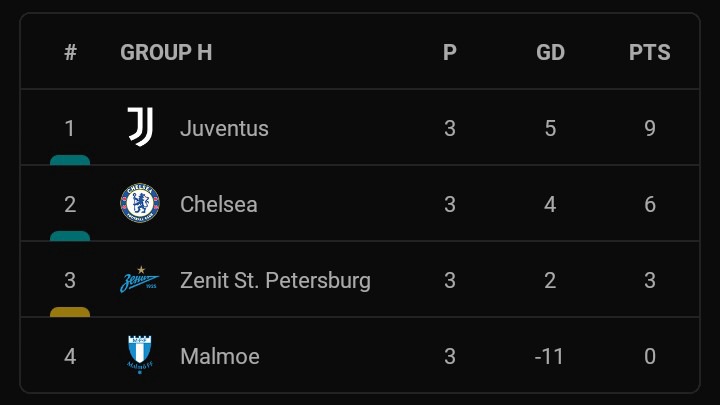 First leg results between the clubs in this group show that Malmoe and Zenith St. Petersburg are not on the same level as Chelsea and Juventus. For me, the battle in this group is to determine who will top the group and not who will qualify. The second leg between Chelsea and Juventus will determine that. Having said that, I think Chelsea has the advantage as the second leg will be played at Stamford Bridge.