France won the second ever edition of the National League on Sunday night, coming from behind to beat Spain 2-1 in the Final at the San Siro in Milan. 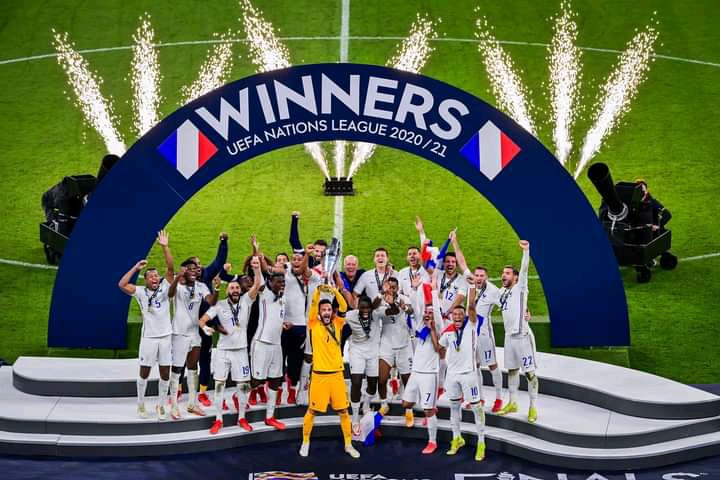 France midfielder, Paul Pogba and Spain goal keeper David De Gea share a moment of respect after the game, although they are both teammates at Manchester United. 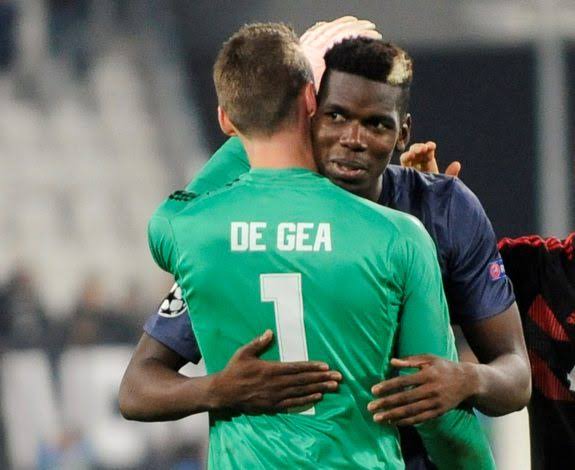 After Spain were defeated by France 2-1 in the Final of the UEFA National League on Sunday, Paul Pogba and David De Gea were spotted shaking hands. 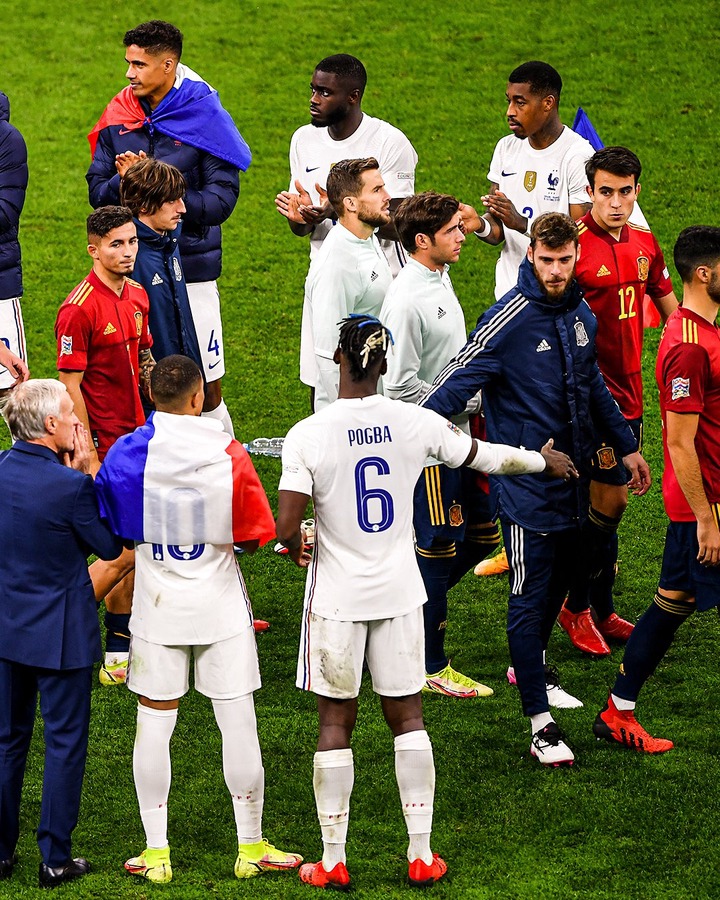 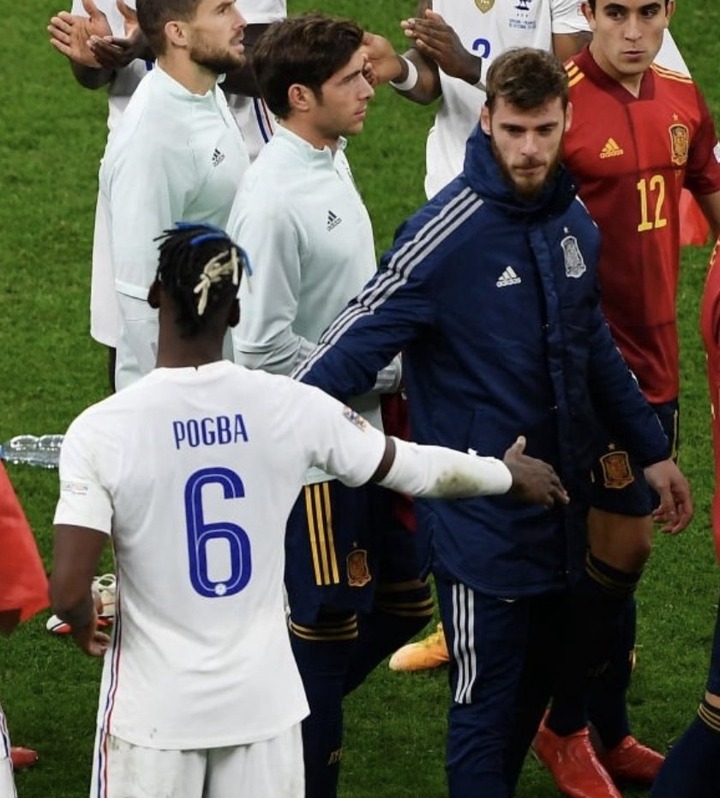 Paul Pogba was excellent in the midfield for France against Spain in the Final, playing the full 90 minutes, while David De Gea was on the bench for Spain. 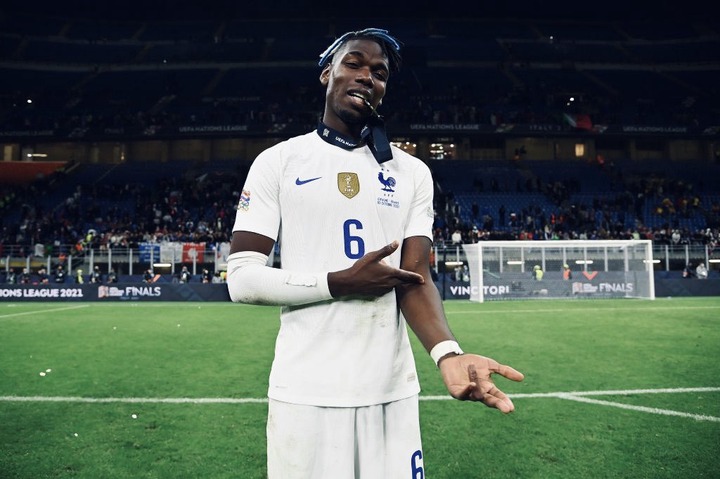 Football fans have started reacting after Paul Pogba and David De Gea showed respect to each other, as some fans see the representing Manchester United well.

Here are some screenshots of reaction from fans: 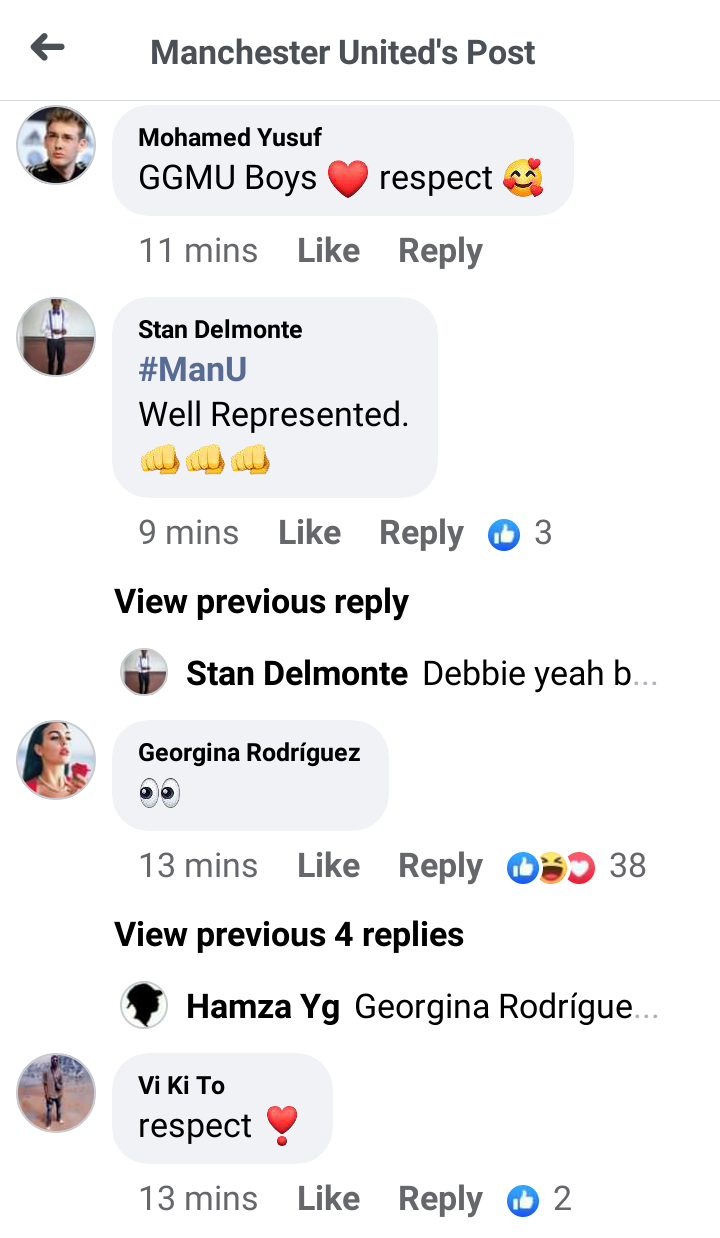 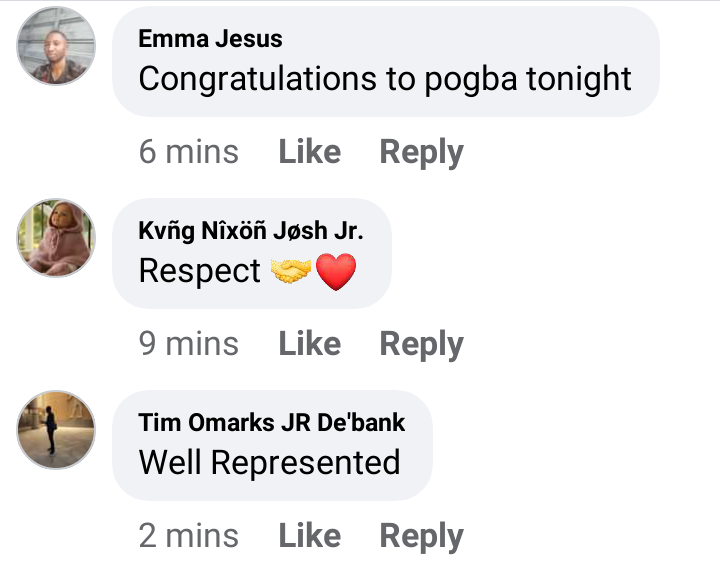