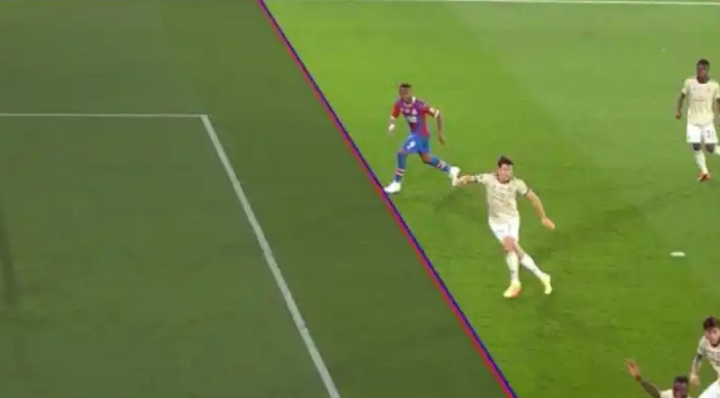 The Jordan Ayew 'offside' in Crystal Palace's 2-0 defeat to Manchester United should signal the death knell of this bastardisation of the offside rule. It isn't bias, or favouritism, it's just widescale incompetence from a cabal of legislative zealots who wanted to be footballers but are annoyed that they never could.

OFFSIDE - HOW DID WE GET HERE?

In the 150 years the offside law has been in existence, it has never been perfect, and it likely never will be. Its basis was to prevent goal-hanging, or forwards standing next to the goalkeeper with team-mates punting passes in their direction.

Since its inception it has been tweaked and liberalised, rewritten and re-imagined, though rarely simplified. But what has always happened over the years, with each iteration, is that it has been to the benefit of the attacker, and attacking play in general.

So in that case, VAR's Interpretation of offside represents the first regressive offside change in the game’s history. And make no mistake, that’s what this is, a regression. The offside decision awarded against Ayew is just the latest of many wrong-headed calls by officials actively hunting for something that will disqualify a goal. This is no longer about about eliminating errors, but rather finding them instead.

BUT OFFSIDE IS OFFSIDE!

No, it really isn't. Goal-line technology has been immensely beneficial because of the binary nature of the result (Sheffield United aberration aside); it’s either over the line, or it is not. Cameras can capture that and we see, quite clearly, whether it’s a zero or a one. So can the referee, within seconds, and we move on.

Offside can never possibly be treated in such a way because it can never be binary. There are too many variables at play, too many considerations within the law to definitively say offside or onside by drawing a line across the screen. 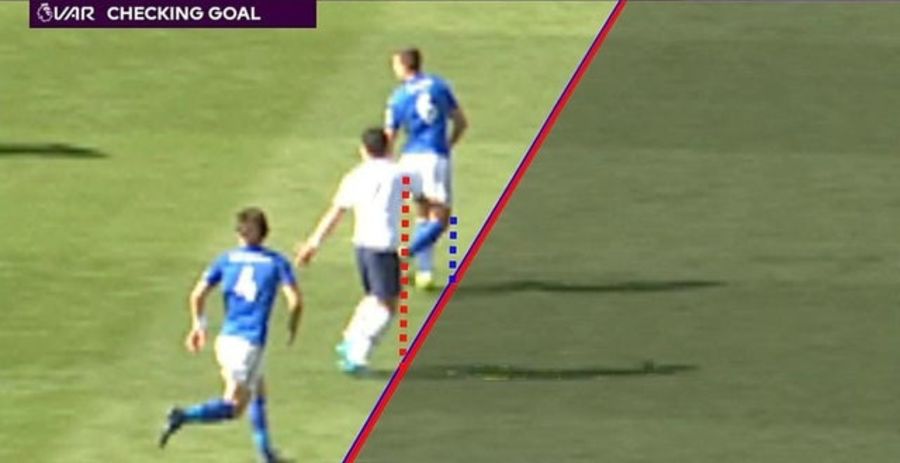 Firstly, the technology itself has an in-built error range of between 13cm and 30cm - the screen captures just aren’t quick enough to offer anything better. Both Sterling and Son’s offside calls were literally millimetres. Therefore, even for the fastidious among us, the experiment would already be deemed a failure.

Furthermore, the definition of ‘when a ball is played’ is fine and normal when activated in real time with human eyes (though over the years we have been happy to accept that linesmen can simultaneously look in two places at once, at the moment of the pass and the position of the forward - almost physically impossible) but the rule was never sense tested to the minutiae with which it is being vigorously applied.

The frame that is taken as the ball leaves the player’s foot could have been the frame before with a different VAR official, because at 50 frames per second, the max speed at which a VAR camera moves, it’s impossible to identify the precise moment the ball severs connection with the player.

It's simple - the offside rule has never been sense tested to the minutiae with which it is being vigorously applied.

So Mark Clattenburg in the Daily Mail, with his 'it's offside to the best of the technology we have at the moment is just stupid. ‘When a ball is played’ was a doctrine which necessitated human Interpretation, and while it should be welcomed that technology should help hapless linesmen in their difficult task, it means that the rule now needs to be rewritten. To the naked eye, pre-VAR, Jordan Ayew and all the others are, objectively, in line and objectively, onside. Rulemakers weren’t considering such fine margins when this was drawn up.

SO WHAT NEEDS TO HAPPEN?

VAR was always meant to correct ‘clear and obvious errors’. If it’s taking officials nearly three minutes to decipher the ‘correct’ decision it is, by definition, neither clear nor obvious. But now the precedent has been set it is difficult to see a way they can roll it back. Even if the implementation of VAR on offside calls is relaxed, amateur spotters will be relentless in flagging every incident they see which is still technically ‘offside’.

No-one in the city of Manchester, even on a replay on the big screen, would have considered Ayew to be offside had VAR not Intervened. Because it’s not. And in some cases such nonsense calls could decide the future of players and managers in the weeks to come. 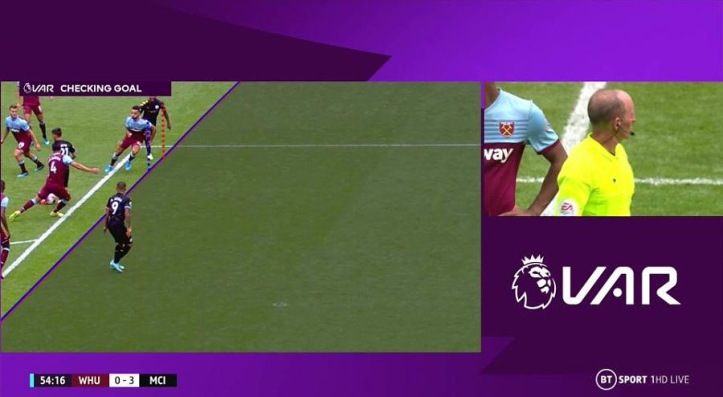 The handball rule too is also totally wrong-headed and lacking in any real understanding of how football works, however there's at least a degree of consistency to the chaos.

But with offside, there is nothing that can be done that helps forward play. Ayew can’t choose to take a step backwards one millimetre, so his run may actually need to be reassessed by a yard. This means backing off the shoulder of the last defender, more centre-backs winning foot chases, and less through passes being attempted. All because of a 150-year-old rule not updated for the provision of modern technology.

There’s a bigger issue here than petty one-upmanship. It’s nonsense, it’s wrong, it’s doing the concept of offside a disservice and if this is how you want to see it applied, a quick look back at some of the matches at Italia 90, when forwards were required to be behind the defender in order to be onside, will reveal what attacking play used to look like.