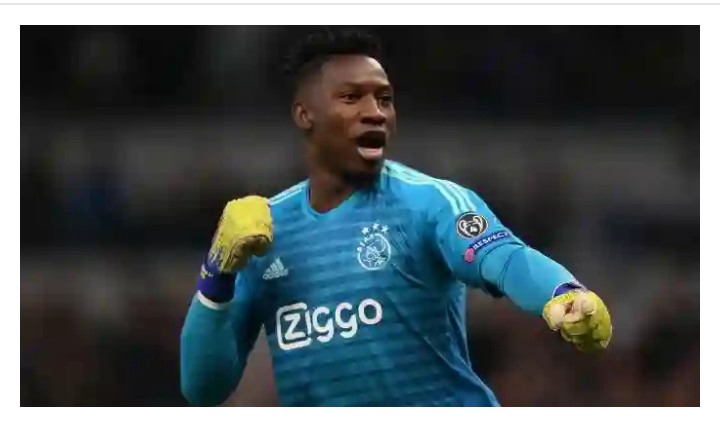 As per reports from MERCATO, it’s being disclosed that Chelsea have agreed a deal for Ajax goalkeeper Andre Onana.

It was stated that there have been a verbal agreement concluded between both clubs, with the transfer fee said to be around £27 million.

According to the report, it was said that the Cameroonian goalkeeper has been assured of a starting berth, with the Blues trying to offload Kepa Arrizabalaga. Though, before the move can finally happen, Chelsea will have to sell the Spaniard goalkeeper before Onana’s deal is sealed. Kepa’s second season with the Blues haven’t been inspiring which has seen him struggle to keep up last season’s form. This season, he has 56.5% save, which is the worst rate among the Premier league goalkeepers.

His abysmal form saw him lose his starting berth in the team to 38-year-old Willy Caballero around February 2020. Chelsea manager Frank Lampard showed he wasn’t impressed with Kepa’s performances until he won his place back against Liverpool in an FA Cup 5th round match.

Standing at 6ft 3in tall, Onana has been winning the heart of pundits and fans across the world with his superb saving, techniques and reflexes. Making his breakthrough with Ajax first team during 2016/2017 season. He has made over 180 appearances in all competitions with Ajax thus far.

He was part of the Ajax team that became a world attraction during 2018/19 season, where they pulled together great performances till their Semifinal exit against Tottenham in the Champions league. Onana’s contributions couldn’t be overlooked during the impressive run games.

In November 2019, Onana expressed his interest to play in the Premier league, which alerted the likes of Tottenham, Chelsea and some other top European clubs.

If the latest report about Chelsea’s verbal agreement with Onana is to be believed, then the Premier league should be expecting to welcome one of the best generational goalkeeper at Stamford Bridge next season.