This article will look at the coaches who have won the most games in the history of the UEFA Champions League. 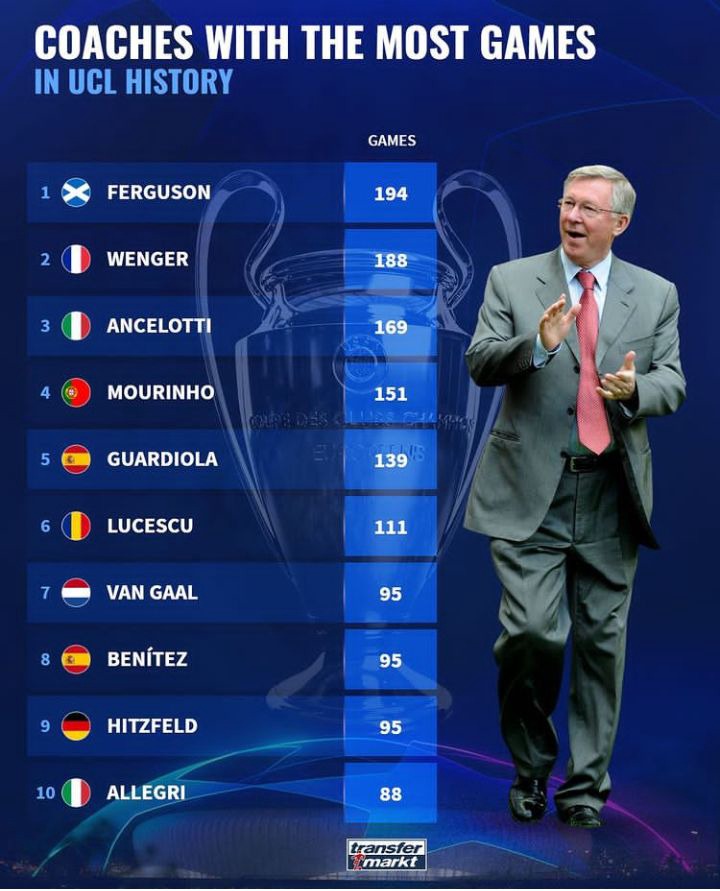 Sir Alex Ferguson, a former professional football manager who managed Manchester United from 1986 to 2013, is the first coach in UCL history to have won the most games. He is regarded as one of the most legendary coaches of all time. During his coaching career, he appeared in 194 games. Arsene Wenger comes in second place on the list. He is a former French professional football manager who was in charge of Arsenal from 1996 to 2018. In UCL history, he appeared in 188 football matches. Ancelotti is an Italian professional manager who currently manages Real Madrid in La Liga. He is third on the list, having played in 169 games.

The UEFA Champions League is a football competition held each year. Many football coaches and fans want their team to be the best in UCL history.