Chelsea are in the FA Cup final!

The Blues defeated Manchester United 3-1 to clinch the Wembley final ticket, and join Arsenal in an all London derby affair.

Olivier Giroud opened the scoring for the Blues, before Mason Mount doubled the lead few seconds into the second half.

A Maguire own goal put the game beyond United, before Bruno Fernandes penalty gave United a consolation.

Here are 11 things we saw during the course of this encounter:

1. Both set of players appear serious during warm up:

Players from both teams took to the Wembley pitch for warm up, and from the looks of the pictures they appeared serious and battle ready. 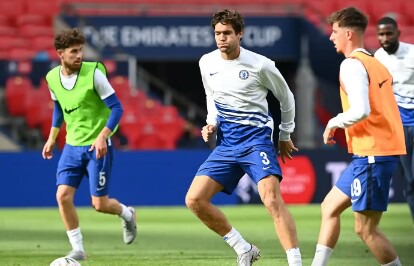 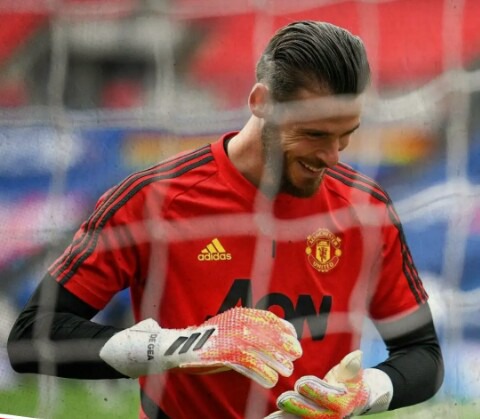 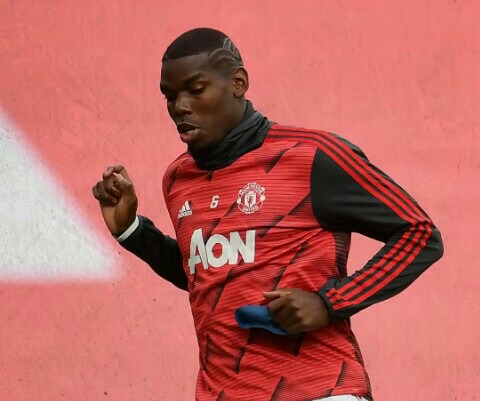 2. Changes in the starting eleven from both managers:

As expected, both managers had a tweak in formation.

For Manchester United, Martial and Pogba starts from the bench, while for Chelsea star player Pulisic, is benched also. 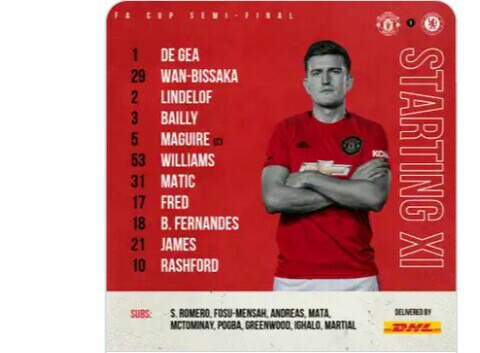 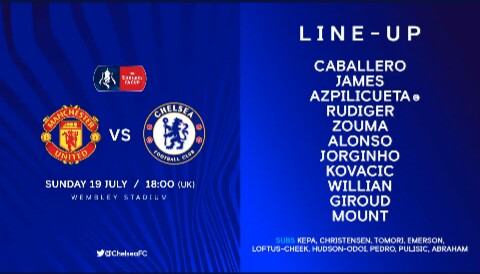 3. Chelsea have the first strike at goal:

Chelsea's James had the first attempt on goal. The defender drift across the United's half and let fly a dangerous strike that was saved by De Gea. 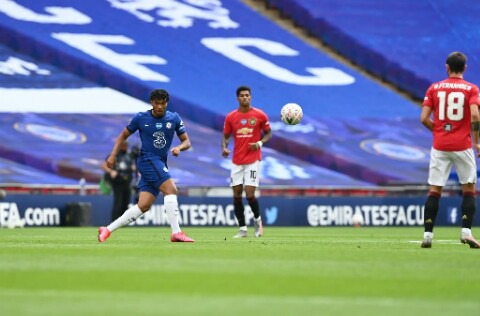 4. Chelsea with the best start in the opening 15 minutes at the Wembley stadium:

The first 15 minutes saw Chelsea having a lot of possession and asking the questions, with tackles flying around the pitch from both set of players. 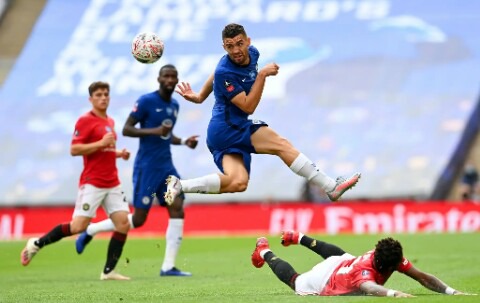 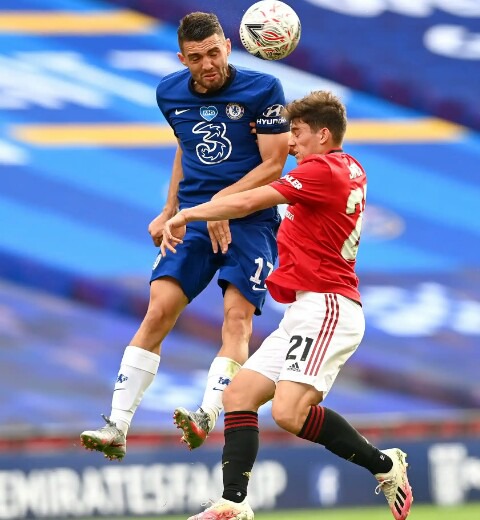 5. Possession count after the first quarter:

Chelsea having the better of the ball with Manchester United camped in their own half, after the opening first quarter of the match.

Chelsea have a superior 61% of possession to United's 39%.

But can they make it count? Only time will tell for sure. 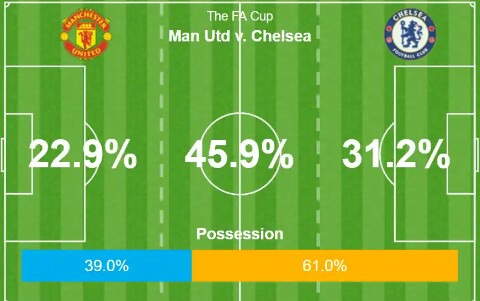 After the clash of heads between Bailly and Maguire, Solskjaer is forced to make a substitution with Martial coming in for Bailly, who was stretched off the pitch. 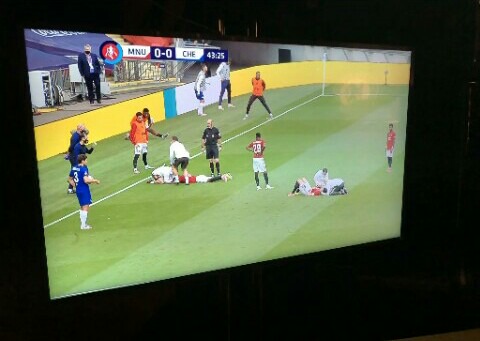 After a length break due to Bailly injury, Chelsea are in front.

Olivier Giroud got to the end of Azpilicueta's pass and stuck his foot to the ball, which beat De Gea.

The goalkeeper should be doing better! 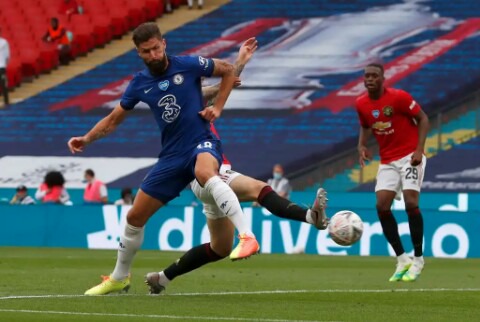 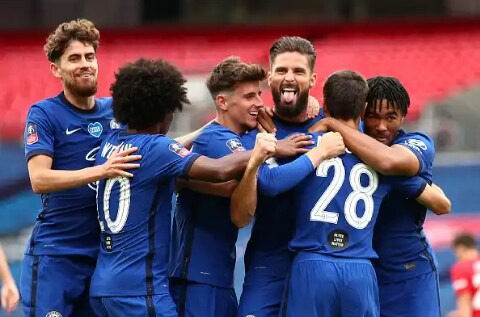 8. Here is the first half statistics: 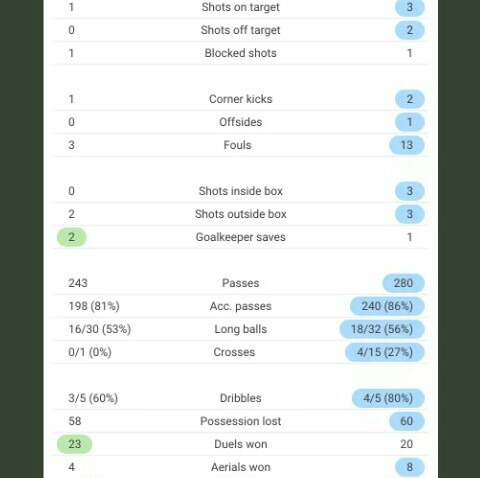 9. Perfect start to the second half from Chelsea:

Chelsea have doubled their lead. What a start from the Blues.

Manchester United's Williams pass to Fred was intercepted by Mason Mount, who then drive across the edge of the United area, and his strike just find it way to the net.

2-0 to Chelsea! The Blues may be running away with this one. 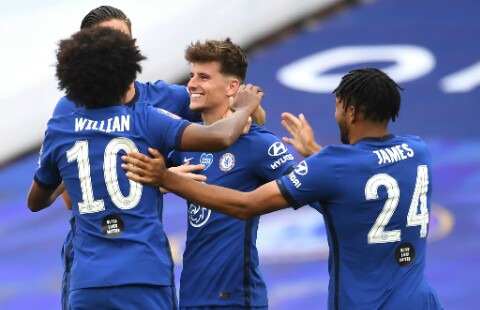 10. A third goal for Chelsea from a Maguire own goal:

As it stand, Manchester United are battered by the Blues.

Alonso low cross found Rudiger whose effort ended inside the net with Maguire getting some touches en route. 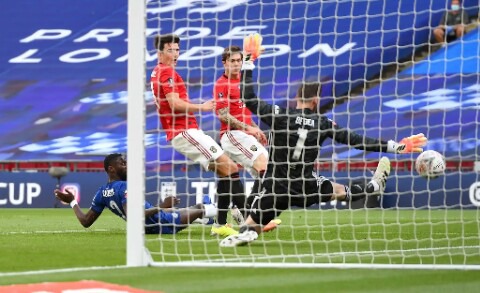 11. A consolation goal from Bruno Fernandes:

Martial attempted to dribble past Hudson-Odoi who stuck out a foot to bring down the Frenchman.

Bruno Fernandes converted the spot kick to make it 3-1.

Yes! Chelsea have done it. The Blues are in the final and will play against Arsenal for the FA Cup trophy. What a resounding win for the Blues.

Manchester United have inflicted mystery on Chelsea by winning three consecutive games this season, but tonight Chelsea will not be denied.

Well done Chelsea and Up Blues!

Share your thoughts on the match in the comments section below.