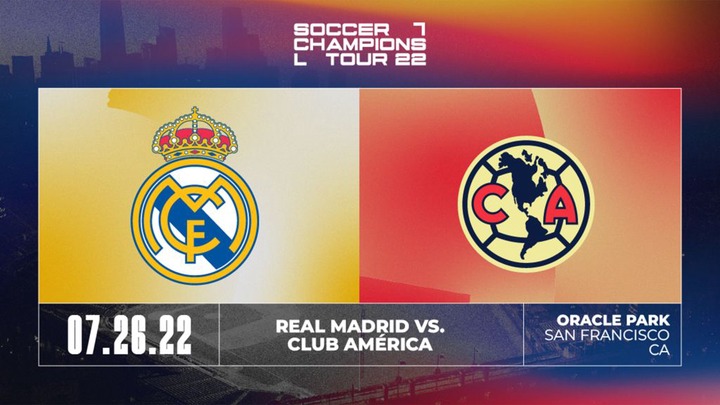 While Real Madrid is the current champion of the Spanish La Liga, having won the league in the 2021-22 season, Club America is also a top contender in the Mexican league.

Los Blancos would be looking to pick up their first win in the Soccer Champions Tour, after the loss to Barcelona in their opening match Sunday morning.

Their opponents would also be hoping to carry the day after losing their two previous matches 1-2, against Chelsea and Manchester City respectively. Both sides would therefore be motivated to give their best in a match that should be well contested.

Benzema, who was sorely missed in the first match makes his return to possibly play in the second half. It may be early for both Carvajal who is recovering from an ankle injury, and Mayoral who joined the squad late to feature in this tie.

Ancelotti, despite the loss in the first match against La Liga rivals Barcelona, has chosen to dwell on the positives. First, he is contented with his squad and believes that the squad with the two signings made, is superior to the one that won the La Liga and Champions League last season. Secondly, he has no doubt that they would do even better in the 2022-23 season.

There is no doubt about the quality of the Madrid squad, so he would be focusing on the pre-season task of blending the new players with the squad, as well as getting all the players to be fit and match-ready for the new campaign.

As the team plays their second match we would expect a better performance over their first outing in every aspect of their play. There should be greater team cohesion, and we expect players like Hazard to rise to the occasion, and make their quality count.

The following starting lineup is expected:

The entire ten outfield players would be substituted in the second half, to bring in their alternatives in each of the positions, to ensure that each player gets some minutes.

We expect to see Odriozola, Vallejo, Nacho, and Mendy in defense; Modric, Casemiro, and Kroos in midfield; and Asensio, Benzema, and Mariano in attack for the second half.