Spanish Laliga is one of the most watched league in the world, it consists of some of the biggest clubs in Europe i.e Barcelona, Real Madrid and Atletico Madrid.

Four football clubs have won the Laliga trophy in the past twenty years. Barcelona being the most dominant team amongs them; Barcelona (10), Real Madrid (7), Valencia (2) and Atletico Madrid (1).

This was a beginning of a new era for Real Madrid as they had voted Florentino perez as their new president, perez didn't believed in the academy graduates so he started the Galactico's era.

The team was managed by Vincente del Bosque and they won their 28th Laliga title that year. 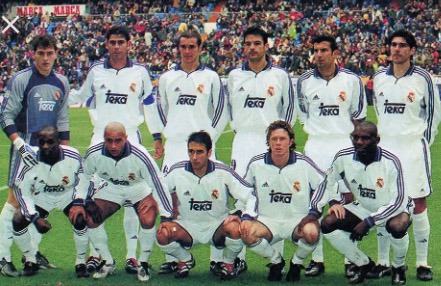 Valencia won their first Laliga title for the first time after 30 years, they were then managed by Rafael Benitez who won the Laliga trophy with only 75 points and a mere 51 goals scored for the entire season, they won 21 games, drew 12 and lost 5 games out of the 38 games they played that season. 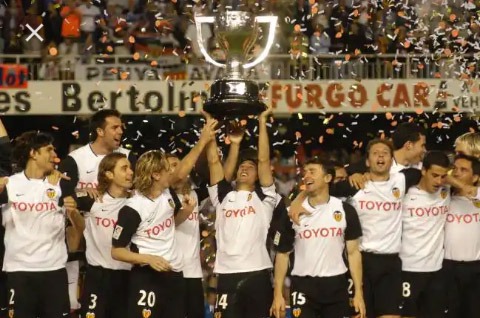 Real Madrid won their 29th Laliga title after winning Atletico Bilbao 3-1 in the final match day of the season, it was Real Madrid 72th league appearance in Laliga. However Real Madrid sacked their manager Vincente del Bolque immediately after winning the league which came as a shock to many. They won 22 games, drew 12 and lost 4 that season. 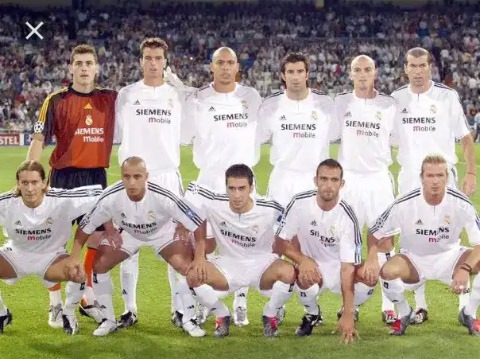 This is Valencia's last Liliga title since the 2000s and the 2010s, they enjoyed a marvelous season by winning the Laliga and Uefa double, the team was managed by Rafael Benitez before he left to Liverpool the next season. They won 23 games, drew 8 and lost 7 that season. 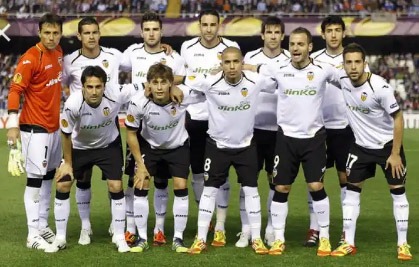 This was Barcelona first Laliga title in the early 2000s, they had waited for six years before winning a trophy, the team was managed by Frank Rijkaard and had club legends like Ronaldinho, Puyul, Xavi, Eto who finished top goal scorer that season and others. 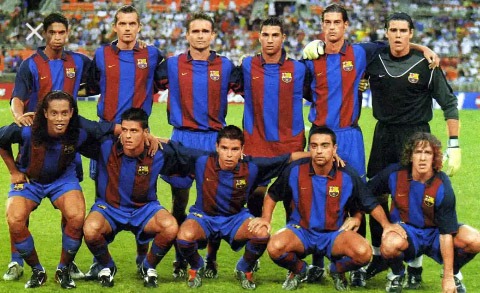 Barcelona retained their Laliga title for the second consecutive year, it was there 77th season in Laliga. They won the three trophies that season; Champions League, Laliga and Supercopa, it was Frank Rijkaad third season in Barcelona and Samuel Eto retain his golden boot as he scored 26 goals that season . 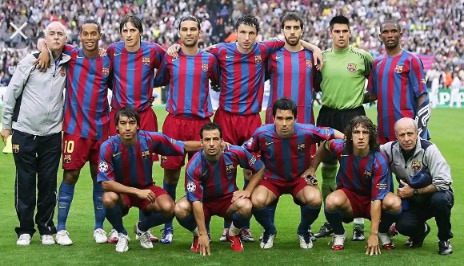 In 38 League games played that season Real Madrid won 23 games, drew 7 and lost 8, it was Madrid 76th season in Laliga. Ramon Calderon who was Real Madrid manager then led Madrid to the title that season. 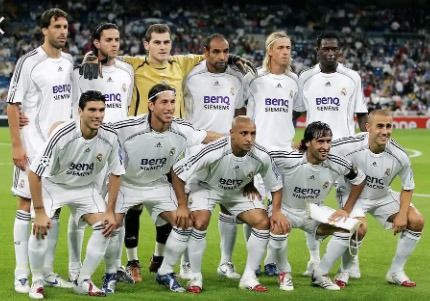 Not much was changed from the squad that won the Laliga title the previous season, it was won by the same manager and the same team members. 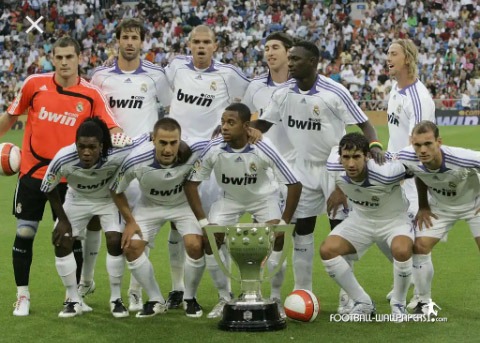 This was the beginning of a new era of dominance for Barcelona as they won 8 Laliga titles in 12 years, Pep Guadiola was appointed as the new manager and he brought in graduate from the barca academy to form one of the greatest squad in football history. They won a record six trophies that season and Lionel Messi won his first Ballon di'or that year. 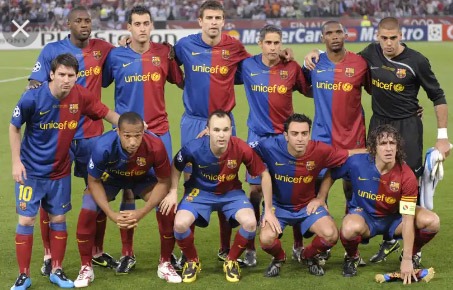 They won 2010 Laliga with 99 points total, as Lionel Messi was top scorer for the second consecutive year winning the pichichy award and the European golden shoe that season. 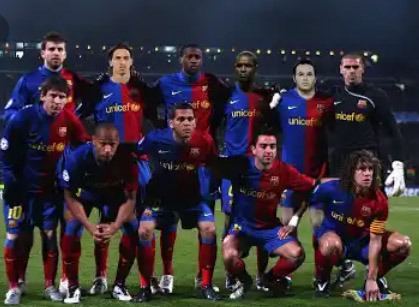 This was FC Barcelona third consecutive Laliga title in three years, the team was managed by Pep Guadiola as they won Champions League and Supercopa that season. Lionel Messi was the top scorer that season with 31 goals scored. 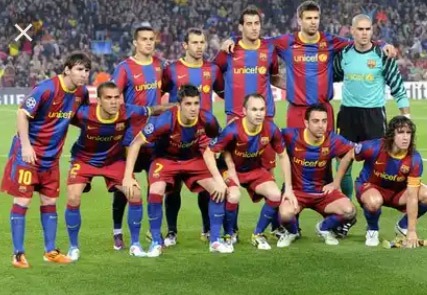 This team was managed by Jose Mourinho "the special one" , they won their 32 Laliga title and made some records as they won the league with 100 point and scoring a record 121 goals that season. They won 32 games, drew 4 and lost twice that season. Barcelona came back to their winning way as they won their 22th Laliga title with 100 points won, they were managed by the late Tito Valanova. 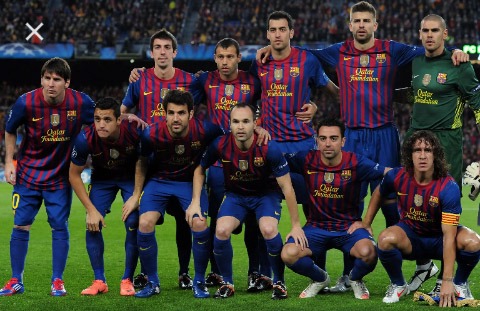 If not for a mistake from the referee in 2014 denying Messi's goal against Atletico Barcelona would have won the league that year .But as faith had it Diego Simeone side won the Laliga title that year making it their 10th title in Spain.

Barcelona won their second treble this season as they won ; Laliga, Champions League, and Copa del Ray , Luis Enrique managed Barcelona that season and the formidable forward trio of Lionel Messi, Neymar and Luis Suares was form scoring a total of 122 goals that season. 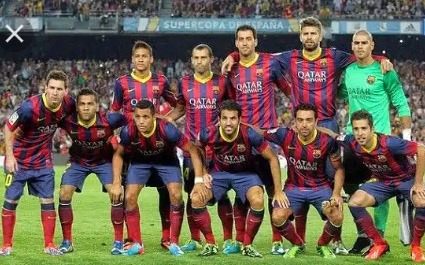 They won four trophies that season; Laliga, Copa del Ray, Super cup and the world club cup. Luis Enrique was there manager that season before stepping down in 2017. 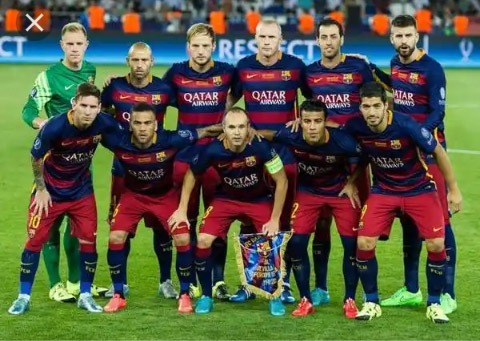 The season was one of the most successful season in Real Madrid history, they won the champions league and the Laliga title a feat which haven't been done before. They were managed by the legendary Zinidine Zidane who also led them to three consecutive European Champions League.

Barcelona appointed Valverde after Luis Enrique step down, he won the Laliga and Copa del ray in his first season for Barcelona and lost only one Laliga game for the entire season. 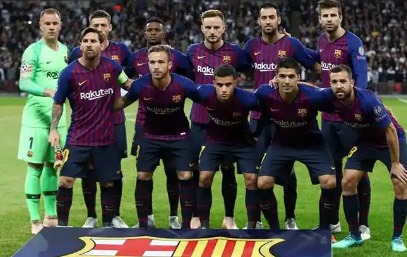 Barcelona won only the Laliga trophy in 2019, they lost the final to Valencia in April 2019. 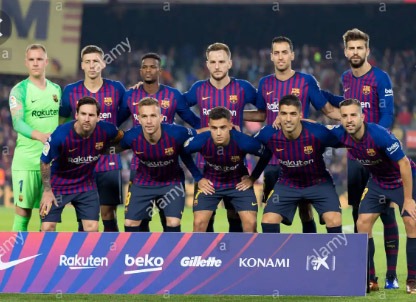 Real Madrid won their 34th Laliga title with a 2-1 home win against villareal last night, benzema scored two goals taking his tally to 21 goals in Laliga this, only Lionel Messi has scored more (23). 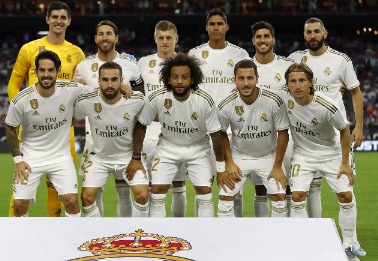 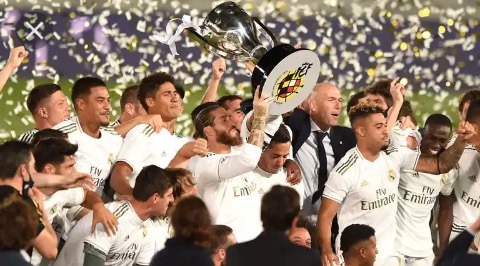 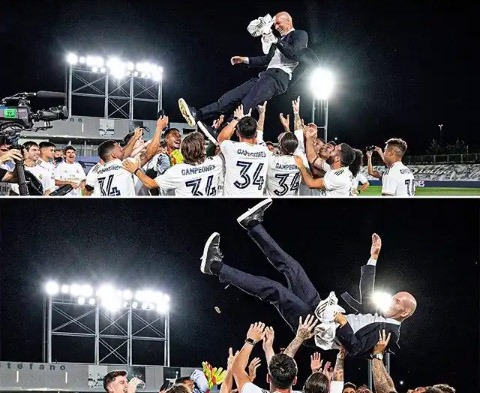 I hope you enjoyed this article, you can also help by liking, commenting and sharing with your friends and family.