Former WWE RAW General Manager Eric Bischoff has revealed that he is no longer interested in being involved in the wrestling business on a day-to-day basis.

Bischoff has had stints in many renowned wrestling companies such as WCW, WWE, TNA/IMPACT Wrestling, and All Elite Wrestling. Before its demise, he worked as an announcer and Senior Vice President of WCW. Bischoff went on to join WWE and become the first GM of RAW. 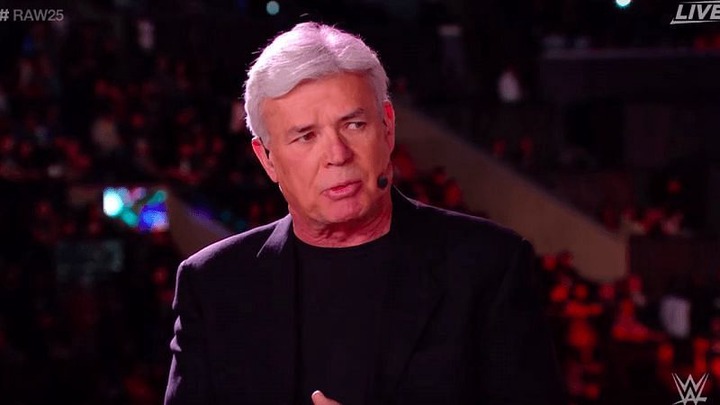 During a recent interaction with Dominic DeAngelo of WrestleZone, Eric Bischoff stated that his days of working in the wrestling business daily are over.

"I have no desire or interest on a day-to-day basis on getting back in the wrestling business, not because I don’t respect it. I can’t express how grateful I am for what I’ve been able to experience as a result of the industry, but I’ve been there and I’ve done that and it’s in my rearview now and I respect it and I like to put my toe in the water every once in a while. But if I had to go every single week, ehh, not so much because it’s not new enough for me."

Eric Bischoff was hired as the Executive Director of WWE SmackDown in 2019 by Vince McMahon but was quickly relieved of his duties.

What Eric Bischoff wants to do outside of wrestling

Eric Bischoff also shared what he would like to do outside of the wrestling business. He revealed that he enjoys being a fly on the wall and is looking forward to being a part of the process for the Hulk Hogan's film starring Chris Hemsworth which will premiere on Netflix.

“That’s a hell of an opportunity. I love being a fly on the wall,” he said, mentioning director Todd Phillips, writer Scott Silver and actor Chris Hemsworth who’s slated to play Hogan in the feature film. When I’m in the room of really successful, talented people, I’m really happy just to be the fly on the wall because you can learn a lot. You can gain so much insight just because of your proximity sometimes, not that you have any aspirations to go out and direct a movie or even write a movie, but you learn about how all the pieces come together and so many aspects of things that you may not have ever been exposed to before.”

Eric Bischoff's contributions to the wrestling industry will never be forgotten. He undoubtedly deserves a spot in the WWE Hall of Fame.