Real Madrid thrashed Mallorca on Wednesday night in a 7 goals thriller. Marcus Asensio's Hattrick, Karim Benzema's brace, and Isco's 84th-minute strike ensured the home side recorded an emphatic 6-1 victory over their visitors. Real Madrid now seats at the top of the La Liga table with 16 points, 2 points ahead of her rival Atletico Madrid. 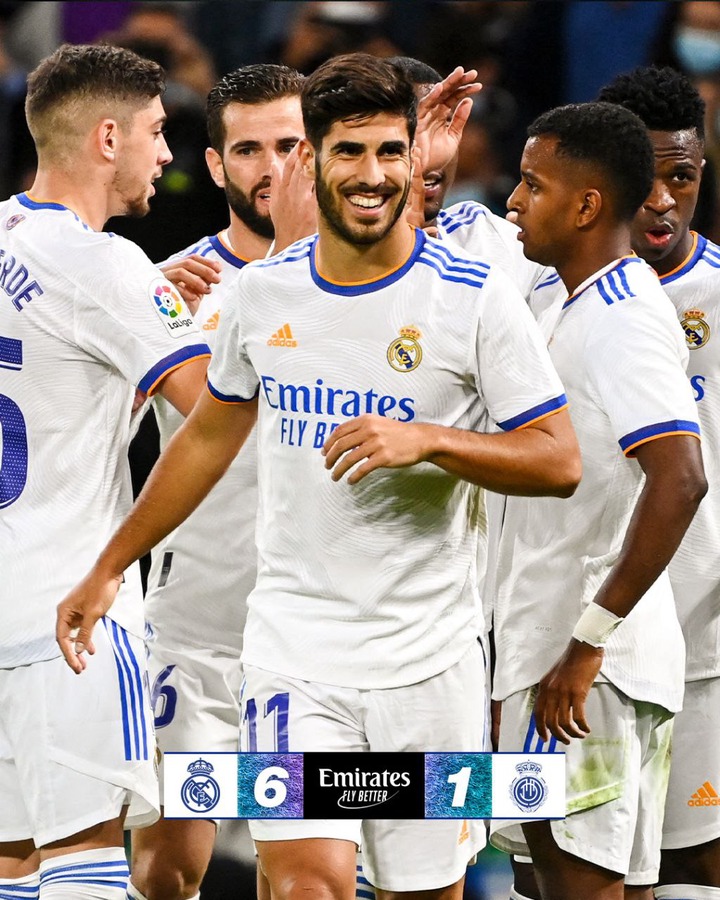 The 3 reasons why Real Madrid will win the La Liga title this season.

Carlo Ancelloti took over from Zidane as the head coach of Real Madrid for the second time after doing so between 2013 to 2015. The Italian Professional manager has been guiding his Real Madrid side to a high-flying start to the season. The manager has given opportunities to players like Isco and other youngsters to start matches. Isco has not started up to 5 consecutive matches for Real Madrid under Zidane but the 29-year-old is performing greatly for his club after receiving confidence from his new boss. Isco, Rodrygo, and new signing Camavinga have all scored this season. 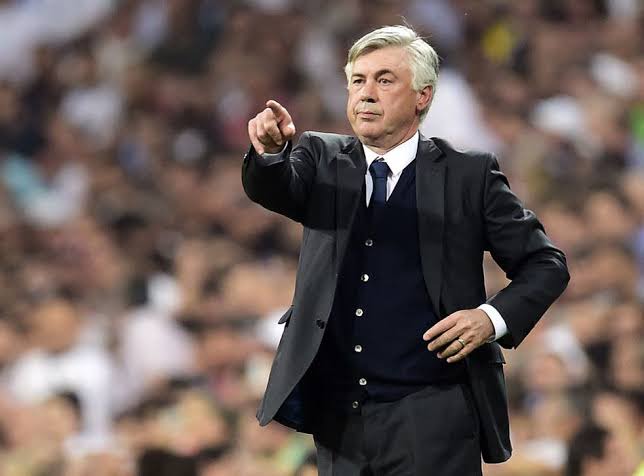 Real Madrid attacks that consist of Benzema, Vinicius, Bale, Asensio, and Hazard look unstoppable this season. Karim Benzema has registered the most goal contributions in the first 6 games in La Liga history! His brace against Mallorca means he has now scored 200 goals in LaLiga with Cristiano Ronaldo (312), Raúl (228), and Di Stéfano (216). At the end of the match, club president Florentino Pérez presented Benzema with a commemorative jersey. Real Madrid is not only on top of the La Liga but has scored more goals than any other side this season. 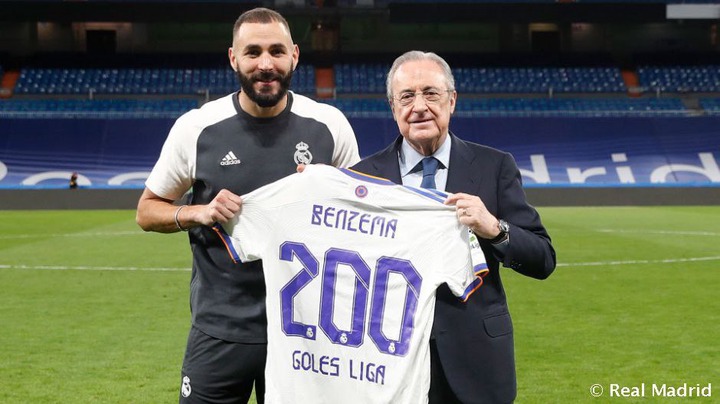 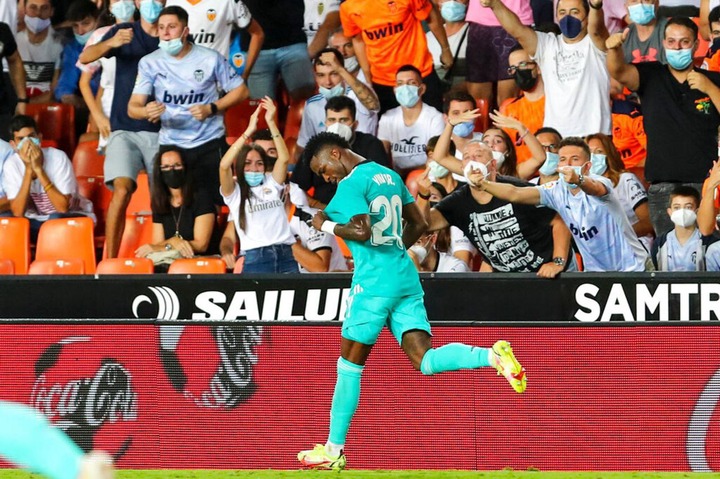 Barcelona's financial situation that led to unexpected parting ways with club legend Lionel Messi is an added advantage to the Los Blancos title-winning chances this season. Barca over the years has been a major Challenger for the title but with the Catalan's poor start to the season, a top-three finish could be difficult to achieve. 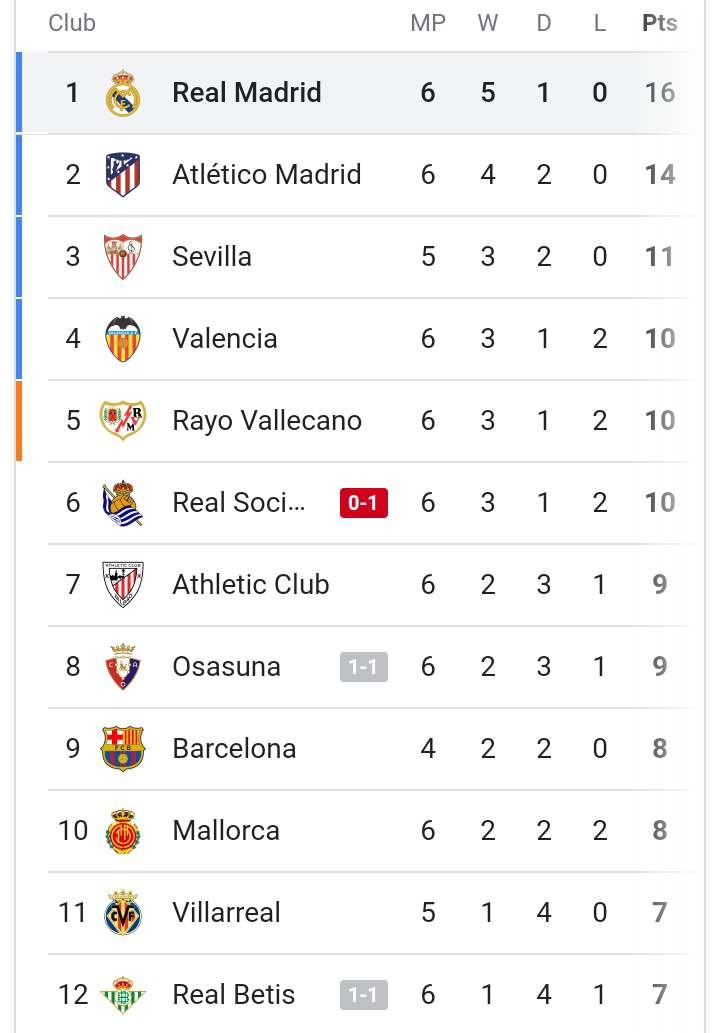 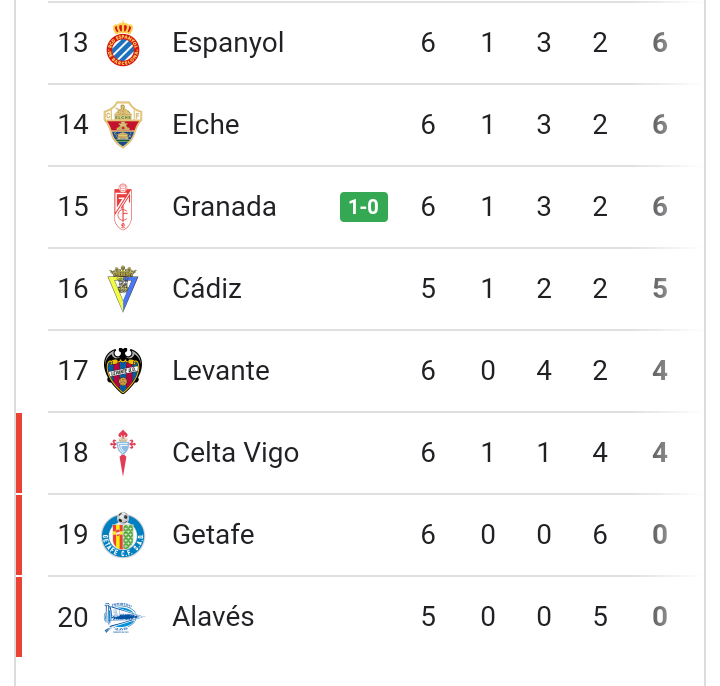 Atletico Madrid who won the title last season has not been consistent as Real Madrid. The Spanish Champion has not been ruthless against its opponents as compared to her city rival. With Barcelona struggling under Ronald Koeman, and Atletico inconsistency, Real Madrid could end the season as the La Liga title winners. 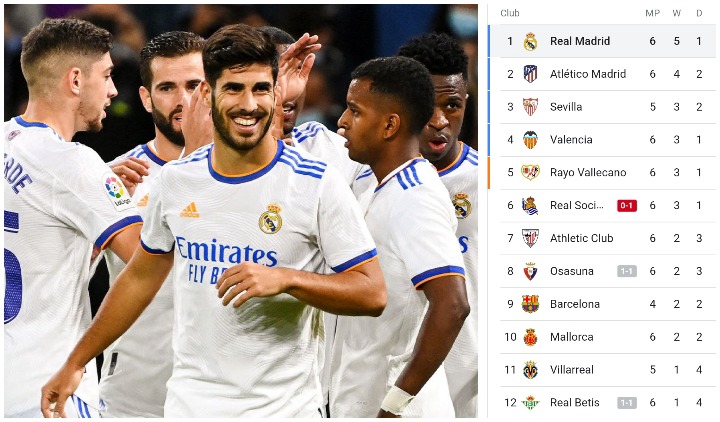