What Happened To Renato Sanchez?, The Best Youngest Player Of 2016 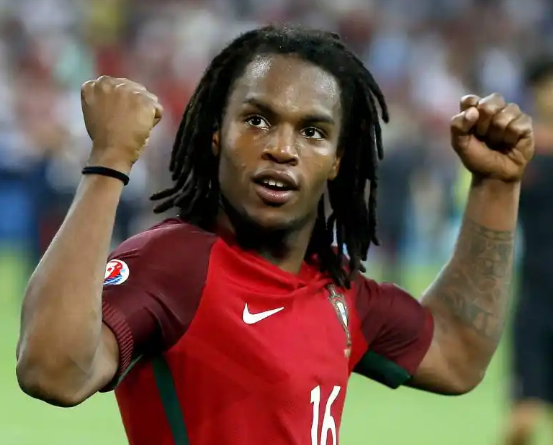 In 2016, each and every football had the feeling that this guy would be one of the best players in the world, at 18 years old Renato Sanchez outshines the competition.

It's pretty straightforward, in 2016 he was named the Euro 2016 young best Player and largely contributed to Portugal triumph.

Thrilled by his obvious talent, Bayern Munich payed big money to recruit him, his future seemed mapped out but the Portuguese Player became a shadow of himself.

December 4the, 2015,Renato Sanchez was a young kid playing for Estadio ******** but his talent was unprecedented, a talebt he proved by firing a 32 yard missile goal scoring his first professional goal.

At that moment he became an undisputed starlet, he even played in the champions league and kept on impressing fans, he even won the Euro 2016 for Portugal without breaking a sweat.

Three club giants were itching to sign him,Manchester united, Bayern Munich and Paris Saint-Germain. In the end, Bayern offered him 35 million euros and won him over.

But that was the beginning of the end. In Munich, Renato's debuts was very terrible, a massive failure. His failure is as a result of 3 reasons. 1. He was injured when he joined Bayern Munich, after the Euro 2016 he wasn't able to play the pre-season games with Bayern Munich and me and you know that to play for Bayern Munich you have to be a hundred percent fit or you'll be shifted to one side, Bayern Munich is already a very competitive team and so his injury did not help him at all.

2. Like I mentioned before, Bayern Munich is a very competitive team and they are well balanced. The 19 year old Renato found it impossible to find his place among the 11 balanced players of Bayern Munich, that was what Carlo Ancelotti thought of him, the head coach said...

" if he isn't showing his best in Germany, it is because they isn't much space for him".

But honestly I think, Renato could adapt to Bayern Munich's style easily, but the real problem is that...

3. He is homesick, he's going to Bayern Munich was rushed. He himself admits that he wasn't ready to leave his family

Unfortunately, his last year with Bayern Munich was a nightmare..

"I was better physically and mentally but I wasn't always an option, they made choices"

The man who many thought would win it all became a bench warmer, Bayern reluctantly gave him to Swansea city, not Everton or Tottenham but Swansea.

Well, he came and wasn't able to settle well in Britain, he continue messing up. He's inconsistencies continue and when he returned to Munich, there was no faith left have in him. But his talents was still there but his major problem is psychological, so he made a decision and left Bayern Munich in 2019 and joined Lille, like a Phoenix he plans to rise from the ashes. He has no hard feeling, because he knows his failure will propel him forward

"In Germany, I learnt to work a lot, never give up and to always give my best. I'm highly focused on my new project".

Lille believes in him, evident of paying 20 million Euros to recruit him making him the most expensive Player in history. Let's watch and see if this kid will take off for good.