By Kantejr (self media writer) | 1 year ago 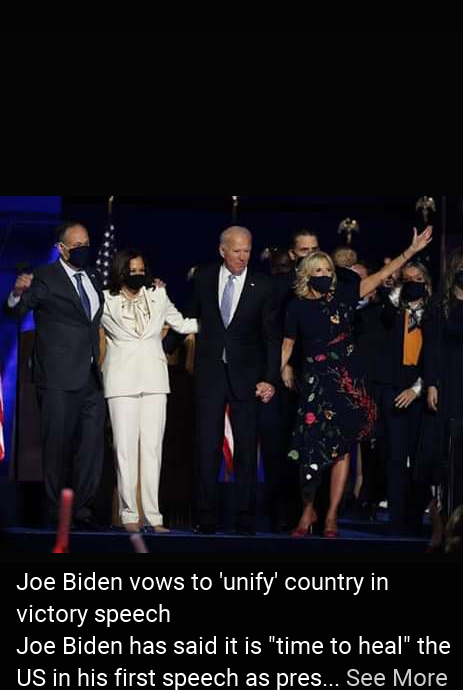 Joe Biden vows to 'unify' country in victory speech. Joe Biden has said it is "time to heal" the US in his first speech as president. Elect vowing "not to divide but to unify" the country "let give each other a chance" he said at an event in Delaware addrssing those who did not vote for him. Mr Biden defeated incumbent president Donald Trump following a cliff.hanger vote count after Tuesday election Mr Trump has yet to concede and has not spoken publicly since his defeat was announced while he was playing golf. The result make Mr Trump the first one term president since 1990s. His campaign has filed a barrage of lawsuits in various state but election official say there is no evidence that the vote was rigged against him, as he has claimed. Spontaneous celebration erupted in major cities after midia outlets announced Mr Biden's victory on Saturday. Disappointed Trump supporters demonstrated in some cities but there were no reports of incidents.

Content created and supplied by: Kantejr (via Opera News )