Why Mohamed Salah is beyond special

Mohamed Salah Hamed Mahrous is an Egyptian footballer born on the 15th of June,1992 in El Gharbia,Egypt, who plays as a wing forward for Liverpool in England.He has played in Basel,Fiorentina,Chelsea where he did not really cut the mark,falling out of favour with José Mourinho,before he was sold to As Roma in Italy from where Liverpool signed him. Since Mohamed Salah moved to Liverpool in 2017,He has been sensational, winning the golden boot in his first season and breaking the record of most goals scored by a single player in a 38 game season.In the same season, He was phenomenal in the UEFA Champions League for Liverpool reaching the final and was injured by that nasty Sergio Ramos' tackle,which many thinks brought a blip in his career and Liverpool eventually lost the final 3-1 to Real Madrid The next season Liverpool came back stronger in the Champions League, they completed a comeback against Barcelona, they lost the first leg 3-0 and won the second leg 4-0,in a game where Roberto Firmino and Mohamed Salah were ruled out with injury and many considers this game to be the greatest European comeback. They reached the final and won 2-0 against Tottenham Hotspur in an all English affair,this gave Mohamed Salah his first trophy with Liverpool.

In the same season,Liverpool were beaten by Manchester City to the premier league glory with one point and having lost one game all season long.

They came back better this campaign as they have already emerged as Champions of the premier league, totally dominating the league and this is their first premier league title since 1990. 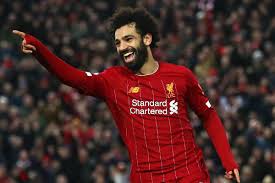 No player since the start of the 2017/2018 premier league season has scored more premier league goals than Mohamed Salah,He is the fastest Liverpool player in history to be involved in 100 goals in the premier league scoring 73 times and assisting 27 times,doing so in 104 games for the club.He has scored 19 times this premier league term and looking to finish as top scorer for the third consecutive season,but he is four goals adrift of Jamie Vardy,who leads the chart with 23 goals.

He has won the UEFA Champions League, the UEFA Super Cup,the FIFA Club World Cup and the premier league the latest He has won.Mohamed Salah is considered one of the bes Liverpool forwards of all time. 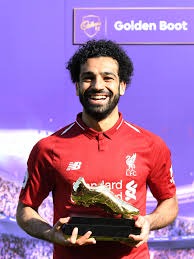