Barcelona Identify This Arsenal Forward As Martinez Alternative: The Right Choice For The Catalans? 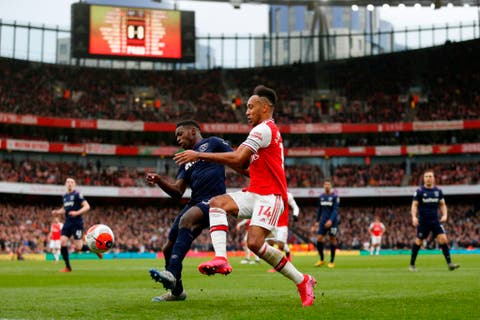 According to a recent report by Mundo Deportivo, Barcelona have identified Arsenal striker Pierre-Emerick Aubameyang as an ideal alternative to Lautaro Martinez this summer. The same source has also revealed that the Inter Milan centre-forward remains Barca’s top priority as they plan to sell some of their unwanted players to fund an offer of €70m plus Junior Firpo to bring the Argentine to the Nou Camp. However, it is understood that the Catalans consider Aubameyang as ‘plan B’ if the move for Martinez fails to materialise as the Gunners forward will be tempted by such a move and is expected to be available for a lower price in this off-season (via Mundo Deportivo).

The Laval-born attacker has enjoyed another outstanding season at the Emirates Stadium after producing several match-winning displays despite being deployed out of position as a makeshift winger on the left side of the Gunners attack. He has registered 23 goals and two assists in 39 appearances for the London giants this term in multiple competitions which highlight just how lethal he can be in front of the opposition goal.

The Gabonese forward can fade in and out of games, but has done well to average 2.6 shots, 0.8 key passes and 0.5 dribbles per 90 minutes in the Premier League and the UEFA Europa League this season. However, the 31-year-old has been a bit sloppy when distributing the ball as evidenced by his average pass completion rate of 72.6% in league football (stats via whoscored).

Aubameyang is vastly experienced at the international stage, having made 51 senior appearances for the Gabonese national team while scoring 20 goals for his country so far. Maybe a change of scenery this summer could offer him a chance to reinvent himself so that he can prolong his career for both club and country in the years to come. 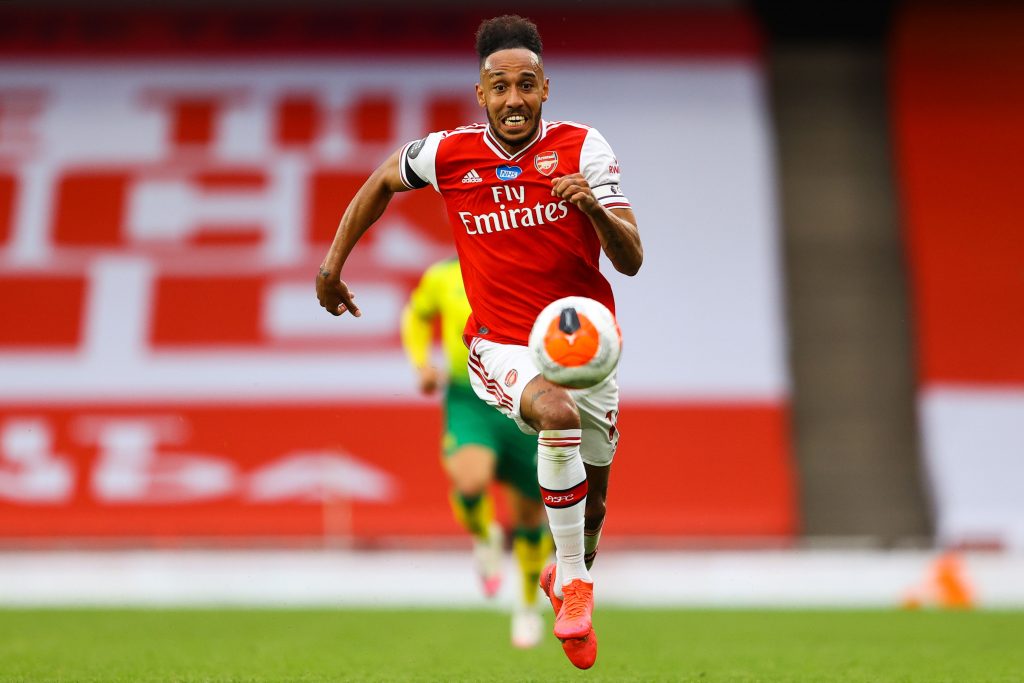 Arsenal’s Gabonese striker Pierre-Emerick Aubameyang controls the ball shoots and scores a goal during the English Premier League football match between Arsenal and Norwich City at the Emirates Stadium in London on July 1, 2020.

Aubameyang is not as quick as he was a few years ago, but he can still be a hard man to catch in a 1v1 footrace due to his pace and agility out on the wide areas. He is an excellent finisher in the final third and can score a wide range of goals which makes him a joy to watch. However, the Gabonese international can sometimes struggle to get himself involved in the game when his teammates are on the back foot, which can make him a liability on the field.

Is Aubameyang The Right Choice For The Catalan Giants?

A proven striker of Aubameyang’s calibre will undeniably add a lot of goals to Quique Setien’s attack, but he won’t be a long-term solution to their goal-scoring problems. With Luis Suarez edging closer towards the end of his Barca career, Setien needs a young and hungry forward to replace the Uruguayan at the Nou Camp. Martinez fits the bill perfectly, but Aubameyang doesn’t.

The Arsenal marksman won’t be a great choice for Barca in the long-run. However, if the Catalans are willing to be patient with their search, then Aubameyang could prove to be an ideal emergency option for them as he will be a quick and cheap fix to their attacking concerns next season.