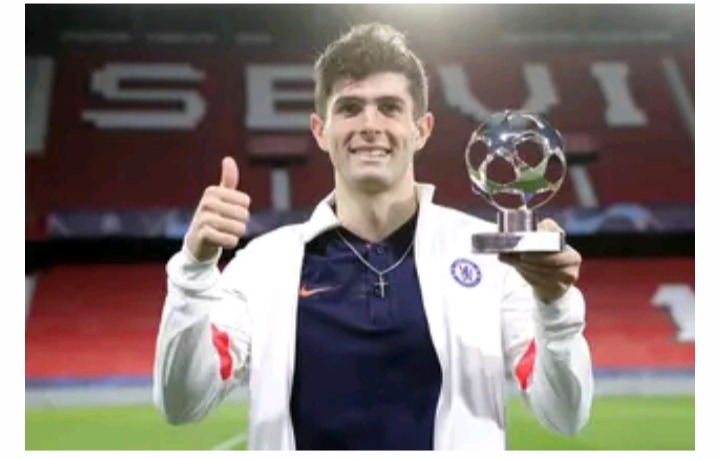 Chelsea progress to the Semi-final of the UEFA Champions League to play Real Madrid, after eliminating Porto in the Quarter final. The west London Club were defeated 1-0 in the second leg at Estadio Ramon Sanchez Pizjuan Stadium in Seville, but advance on 2-1 aggregate to book their first appearance in the Semi-final since 2012. 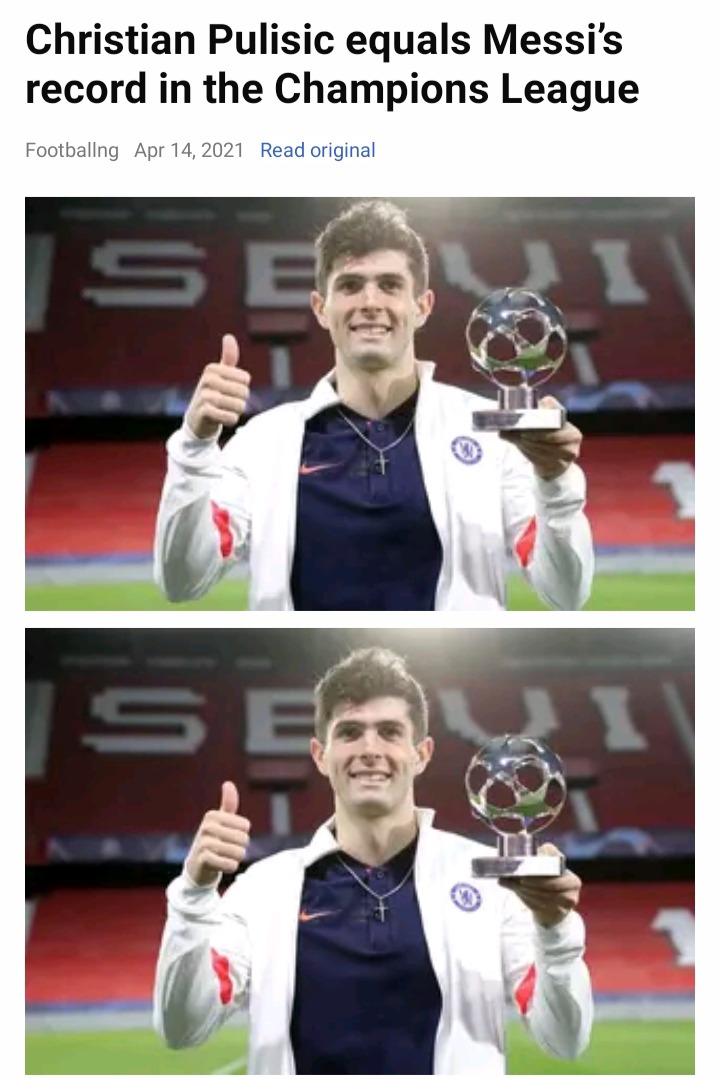 One Stat that stood out in the second leg of the game against Porto was about Christian Pulisic. He was absolutely excellent and superb on the field, he was everywhere on the Pitch. Chelsea fielded the youngest attack ever in the Champions League as Pulisic, Havertz and Mount are all under 22 years Old. Christian Pulisic was fouled 11 times to equaled Lionel Messi’s record. 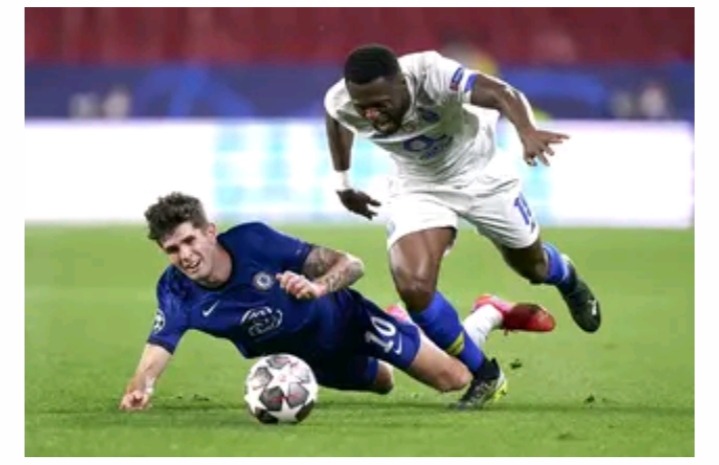 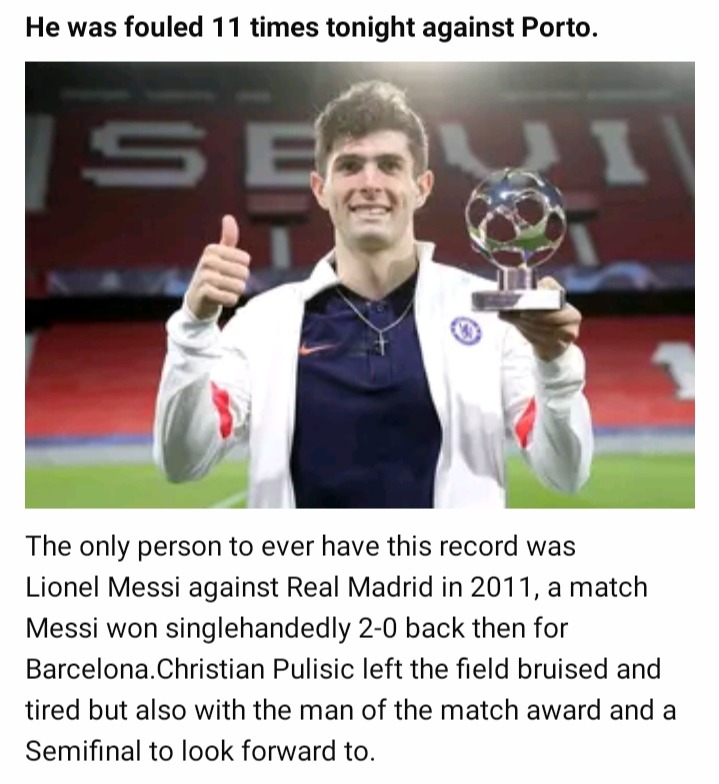 What do you think about Chelsea winning the UEFA Champions League?

Hours After Chelsea Booked Their Place In The UCL Finals, See What Didier Drogba Said About It

Pulisic could be the first American male player to play in the champions league finals.

Mason Mount reaction to Toni Kross comment after the match

OPINION: Why Manchester City will Win Chelsea In the UEFA Champions League Final

Real Madrid Go Down Without Much Fight At Stamford Bridge

Thomas Tuchel Is A Genius, As He Creates History After Guilding Chelsea To UCL Final