Five Nigerian players who need a transfer in January

By OluwashinaOkeleji (self media writer) | 2 years ago

The winter transfer window opens on January 1, affording clubs the opportunity to strengthen and plug squad gaps ahead of the second half of the season. 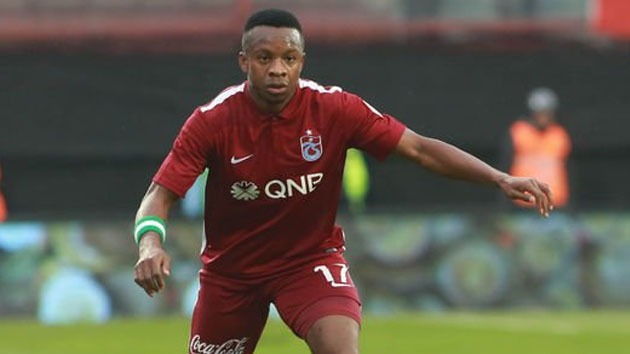 It also offers reprieve to players who have found playing time hard to come by, and so here are a selection of Nigerian players who are most in need of a move in January to resurrect their flagging career prospects.

The 2013 Africa Cup of Nations winner has been a free agent since his contract at Derby County expired on July 1. Even before then, Ambrose made no competitive appearances for the Rams in that brief spell in the English Championship, and he finds himself somewhat in the lurch at the moment.

Still only 31, the former Celtic and Hibernian player still has quite a lot to give, and his versatility – he can play either as a centre-back or a right-back – is an important selling point for any side willing to take a punt. Ambrose also has considerable experience, and a career CV that stands him in good stead.

The enthusiasm that greeted his transfer to the Premier League at the start of the 2018/19 season has quickly given way to a dose of reality. Balogun has found appearances hard to come by for Brighton and Hove Albion, and he is well behind in the club pecking order for central defenders, behind Shane Duffy, Lewis Dunk and Adam Webster. His inability to get competitive minutes has resulted in the loss of his place with the national team during the Africa Cup of Nations, and he has remained on the outs ever since. By all accounts, he is desperate for a return to the Super Eagles; perhaps a return to Germany could help him begin to piece back his career.

Onazi has endured a rough year. In December of 2018, he suffered an Achilles tendon rupture, and has been on the sidelines since then. Only just back that long lay-off, it might well be time for him to contemplate his future. His current contract with Trabzonspor expires in June 2020, and it is unclear whether or not a renewal is in prospect. The possible effects of his lengthy absence might make the club wary to renew, and so it might be expedient for the tenacious midfielder to seek a move away from the Crocodiles.

The past six months have been quite dark for Onyekuru. His summer move to Monaco initially appeared to provide him a chance to excel in one of Europe’s top five leagues, and was reviewed favourably. However, he has since only started twice in the league for Les Monegasques amid a general sense of upheaval at the Ligue 1 side. A change in formation effectively ostracised him, and has led to a loan agreement (in principle) for him to return to Galatasaray, with whom he spent 2018/19. However, the sacking of Leonardo Jardim and the appointment of former Spain manager Robert Moreno may very well provide him an opportunity to once again stake a claim for a starting place.

Ogu, who last played competitive football at the Africa Cup of Nations in June, is in danger of drifting into obscurity at the moment.

It does not help that that appearance was a calamitous 45-minute cameo in defeat to Madagascar, or that before the tournament began he ended his association with Israeli side Hapoel Be’er Sheva. Since then, he has been unable to find another deal at a different club; he has also unsurprisingly lost his place with the national team. If an offer does not materialise in January, it may very well be the end of the road as far as professional football goes for the 31-year-old. Content created and supplied by: OluwashinaOkeleji (via Opera News )