We will beat them again — Liverpool legend taunts Chelsea 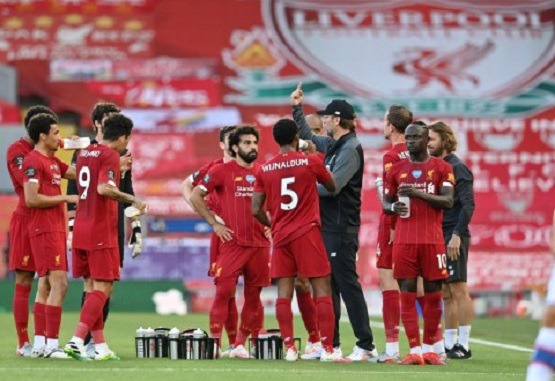 There’s a strong and possible likelihood that English sides, Chelsea and Liverpool, can meet each other in the semi-finals of the UEFA Champions League, but first the two sides must beat their quarter-final opponents, Porto of Portugal and Real Madrid of Spain respectively.

The Liverpool legend, Kenny Dalglish believes his current side will beat Chelsea if they both meet in the semifinal, and pointed to their controversial 2004 victory where Spaniard, Luis Garcia scored an infamous ghost goal.

“They’re still a good team to be proud of and they can go places. They are still in the quarter-finals of the UEFA Champions League. When the draw of the quarters and semis came out, when have you ever been happy drawing Real Madrid?. Never.

“We were very happy to draw Real Madrid because we’ve missed in-form Bayern Munich and Man City. Those two gat each other if they reach the semi-final.

“If liverpool can beat Real Madrid they can go all the way to the UEFA champions league final. This year's final just happens to be at one of the greatest moments in Liverpool’s history at the Attaturk Stadium in Istanbul, Turkey.

“When we last met, Chelsea came and beat us at home in Anfield [in the Premier League on March 4]. Chelsea boss Thomas Tuchel has done a great job with them. He’s been on a great run.

“Moreover, we’ll beat them in the UEFA champions league semi-final like before with Luis Garcia knocking it in!”