Meet Commander Azeez, the 31 years old Nigerian who is a Partner of Apollo Crews in Wrestling.

When it comes to sporting activities, Nigerians especially the Youth are mostly devoted and committed in keeping touch with their favourite sport, be it football, Basketball or Wrestling.

Yes,Nigerians are lovers of Wrestling (WWE) as it mainly keeps them entertained with all the moves, Thrills and actions of the Wrestlers. Some fans go as far as idolising some of these Wrestlers whom they tag as their favourite.

Well, in the world of sports, Wrestling Inclusive, Nigerians are known to be doing immensely well in whatever sport they may find themselves.

In the world of Wrestling, there is currently a Nigerian representing the country well in WWE and his name is Apollo Crews. 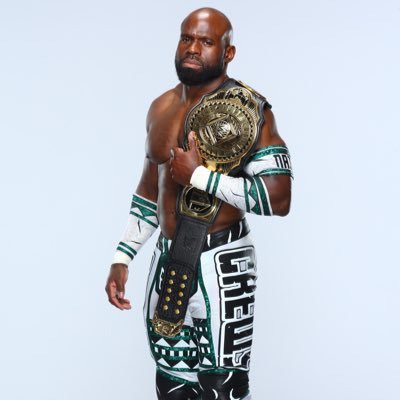 Apollo Crews originally known as Sesugh Uhuaa is a Nigerian Wrestler and an indigene of Benue State here in Nigeria. Apollo Crews was born and raised in the United States of America but has never failed to showcase his true heritage of being a Nigerian. Apollo Crews in interviews often makes mention of his country of Origin, Nigeria.

Back to his duty as a Wrestler, Apollo Crews has a ring Partner known as commander Azeez who recently started going out with him whenever there is a Wrestling match up. 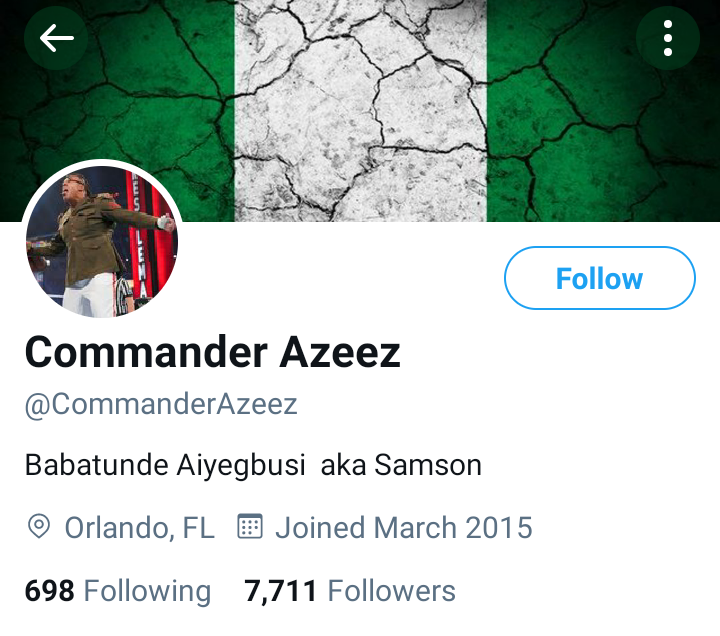 Commander Azeez whose real name is Aiyegbusi Babatunde but also known as Dabba Kato is a Nigerian professional Wrestler as well, weighing 169 kg and is 6 feet, 9 inches tall. He was born on the 26th of May 1989 and raised in Poland where he originally Began his professional career as an American football player (not soccer). He is currently 31 years of age.

Note: American football is another kind of sport entirely. 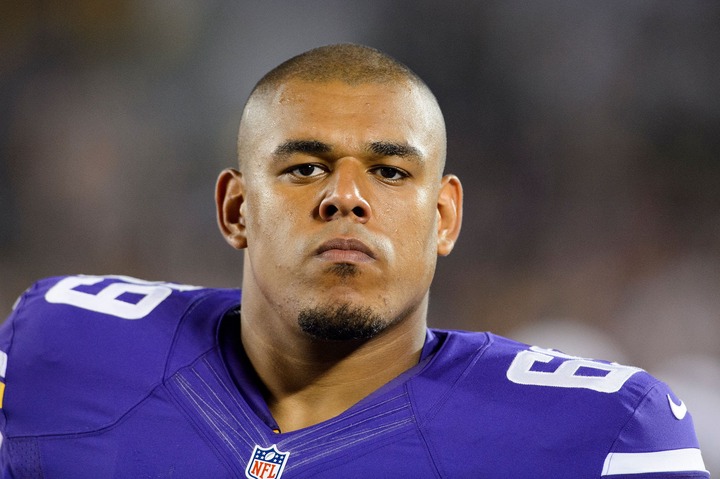 Commander Azeez ventured into professional Wrestling in 2016 and has had quite a career in Wrestling Before teaming up with fellow Nigerian, Apollo Crews in April 2021. 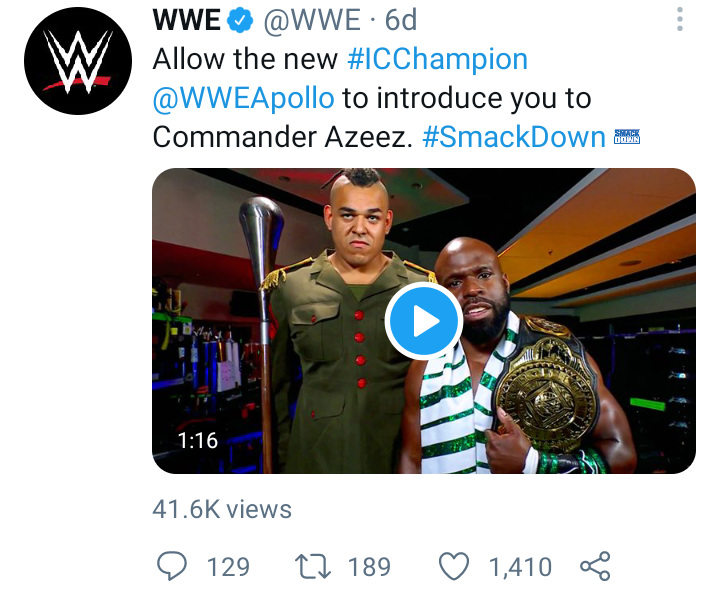 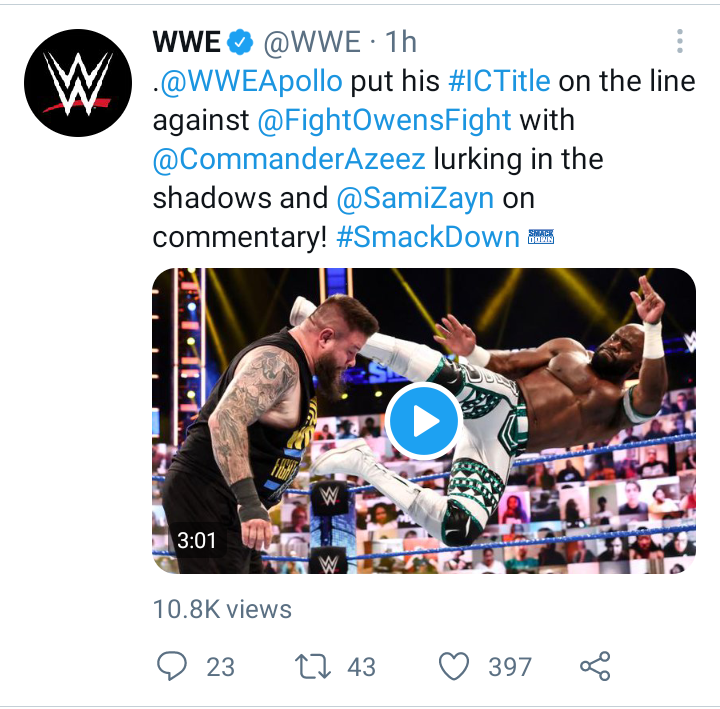 Check out some photos of Commander Azeez 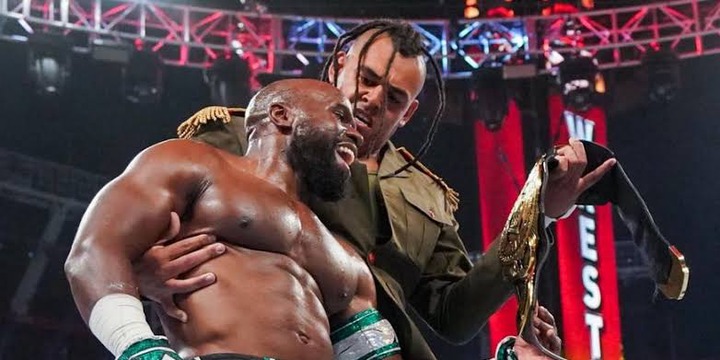 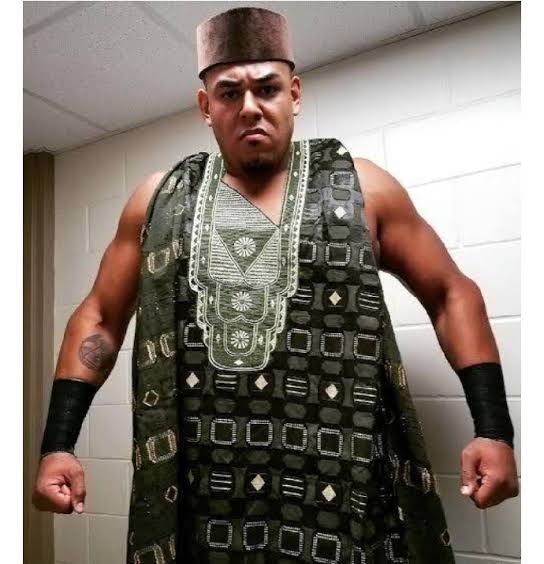 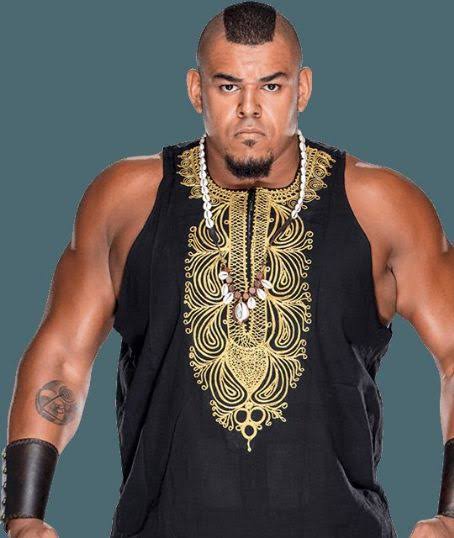 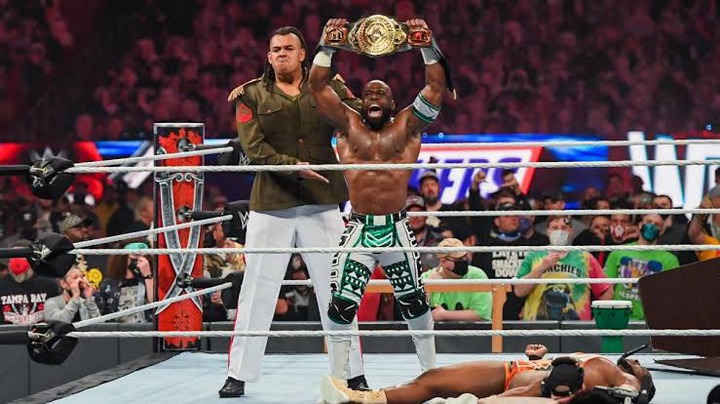 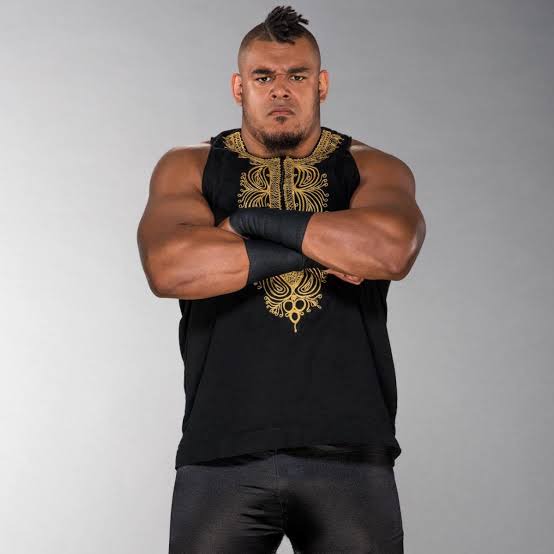 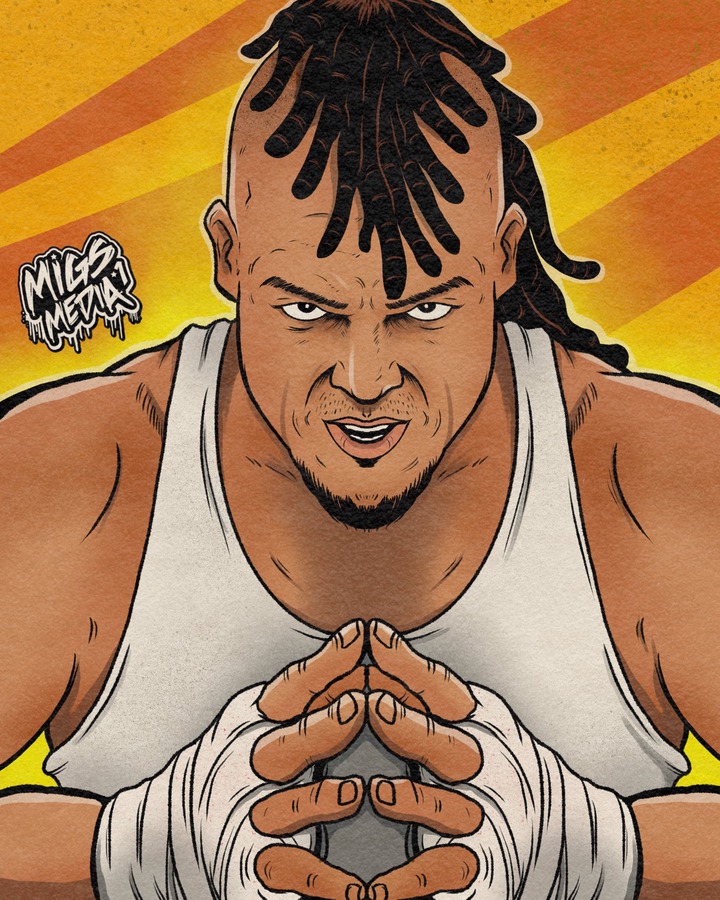 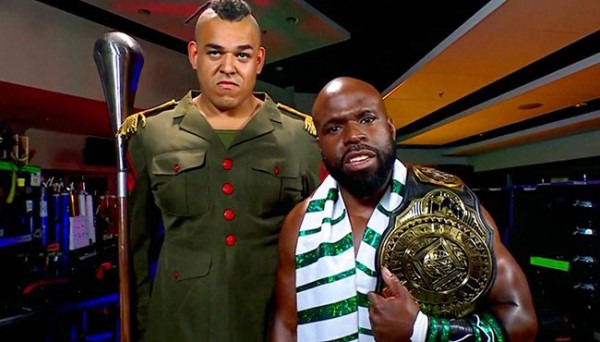 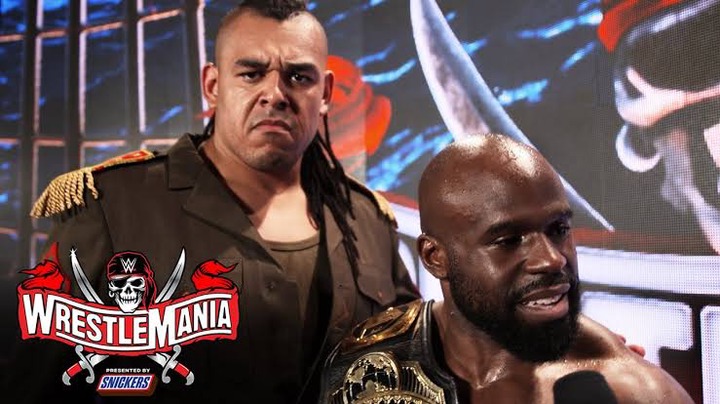 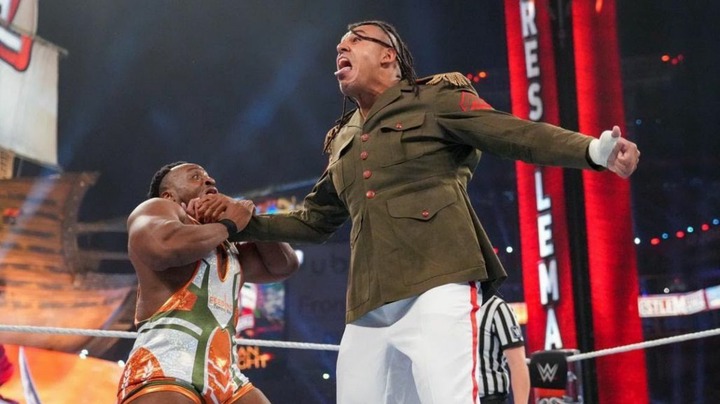 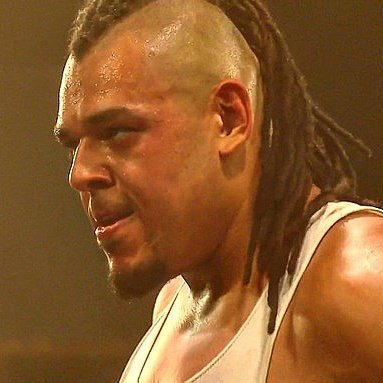 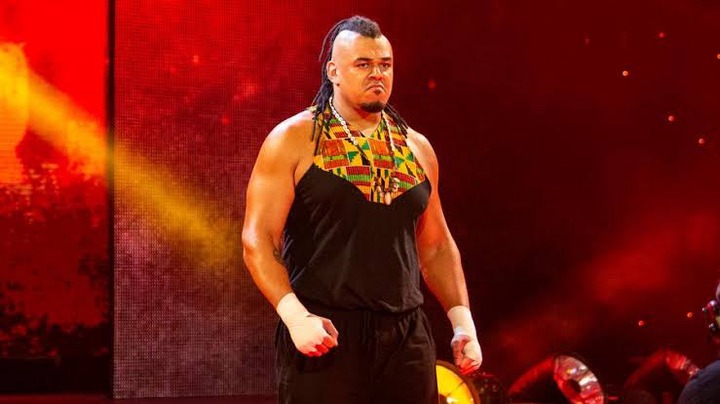 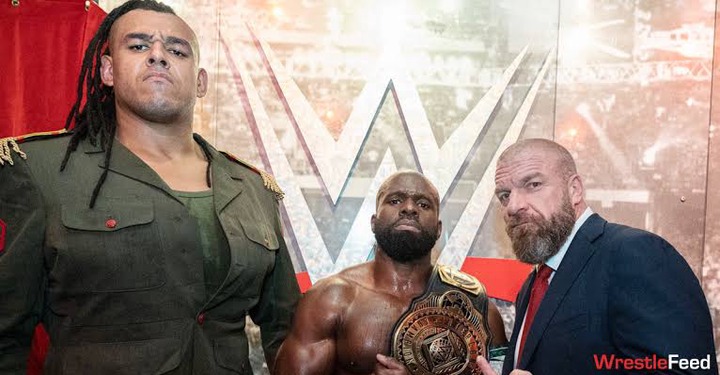 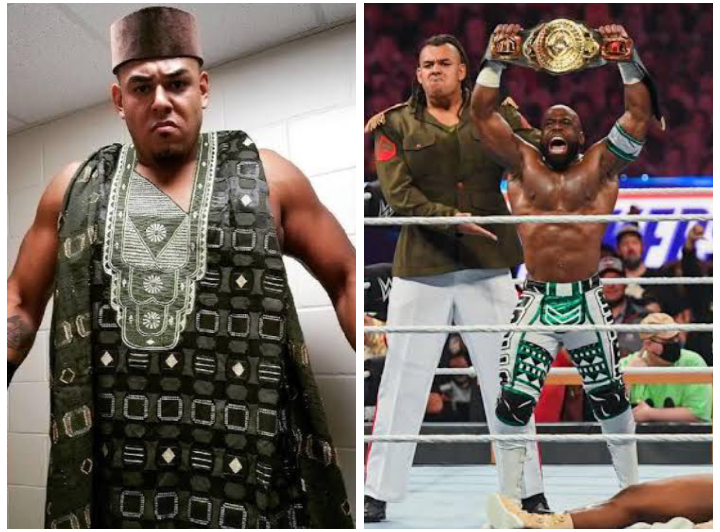