Is this honor?- Diego Maradona is set to be buried here, the office of the president of Argentina

The 60-years old and the greatest footballer of his generation, Diego Maradona is set to be buried at Casa Rosada, the executive mansion and office of the president of Argentina. The football legend, Diego died yesterday Nov. 25, 2020.

Before his death, the 60-years old Diego Maradona suffered a cardiac arrest at home in Tigre, Argentina. He had been recuperating from the removal of a blood clot on the brain. Speaking on Tuesday, Nov.2, 2020, Maradona's doctor, Leopoldo Luque told reporters the procedure was a routine surgery. According to him, “We are going to operate today. He is lucid, he understands, he agrees with the intervention.”

Since the news of Maradona's death was reported, there have been an outpouring of emotions from his fans, with people sending their condolences to his family while sharing memories of watching him play.

The president of Argentina, President Alberto Fernández, reportedly got in touch with Maradona's family and offered that the football legend be honored and buried in the executive mansion. His family accepted as the farewell would begin tomorrow in the room closet to the entrance of the Government headquarters.

Also, the ceremony would be opened to the public, despite the official restrictions still in place due to the pandemic. Indeed, Maradona is honored.

A little about Diego Maradona, the greatest footballer of his generation His full name is Diego Armando Maradona. He was born on October 30, 1960, in Lanus, Buenos Aires, Argentina. And just like every other talented footballers, he played soccer from a young age. At the age of 16, Maradona joined the national, which made him the youngest Argentine to ever play on a national team, and in 1979, Maradona led his team to a Junior World Cup victory.

Maradona played a total of 490 official club games scoring 259 goals during his 21-years professional career. He was one of of the most famous player of the 1980s, and led from Argentina, Spain and Italy to championship wins, including Argentina's 1986 World Cup success.

In 1983, Barcelona won the Spanish Cup when Maradona has just spent his first two years in the club. He later moved to Napoli where he improved the quality of the Napoli team, in which Napoli won the league and Cup titles in 1987, and the league title again in 1990.

Also, he scored a famous 'Hand of God' goal in the quarterfinal of the 1986 World Cup, illegally hitting the ball with his hand, but the referee mistakenly thought he had used his head.

One of the saddest moment of his career was in 1991 when he was banned from playing soccer for 15 months for using drugs, and was sent home from the 1994 World Cup after a drug tests confirmed he was using a drug called ephedrine to improve his performance. He retired in 1997. Maradona had also served as head coach of the Argentine national team from 2008 to 2010. Diego Maradona was a legend. 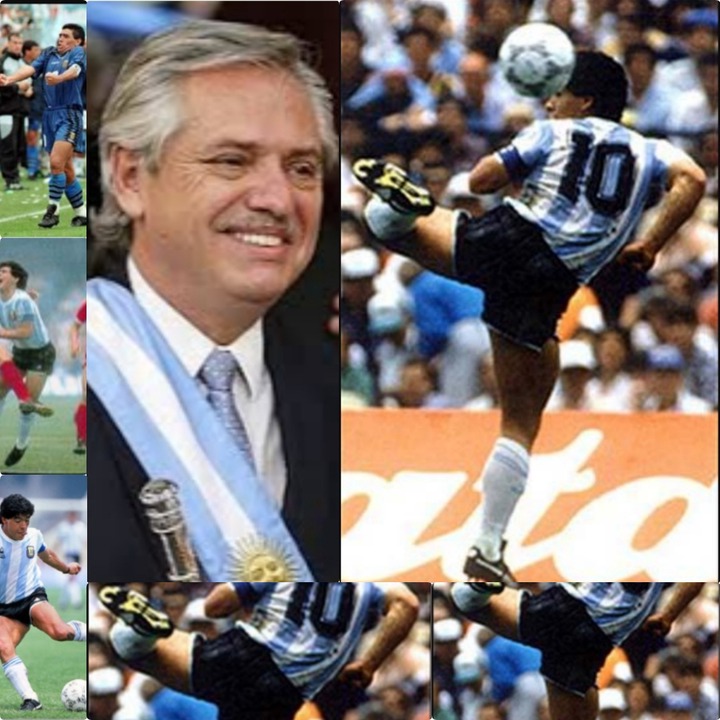