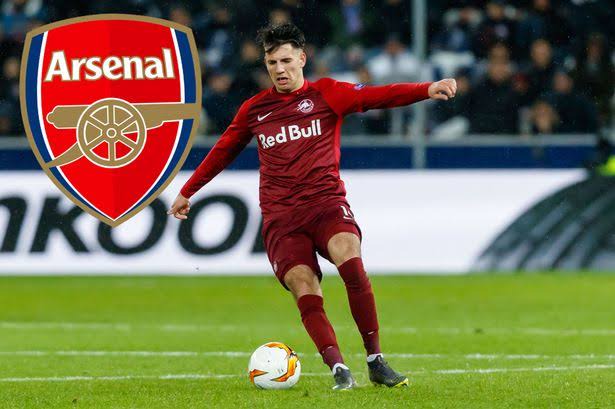 Mikel Arteta is planning ahead for his first summer transfer window as Arsenal head coach.

The Gunners boss has already hinted in recent interviews that he expects investment this summer in order to take Arsenal to the next level.

Midfield is one of the positions that Arsenal are thought to be keen on strengthening, and Red Bull Salzburg's Dominik Szoboszlai is a player that has been closely linked.

The Gunners have scouted the Austrian talent before and it has been said that he could be a perfect replacement for Mesut Ozil, should he leave this summer.

With that said, here's everything we know about the Dominik Szoboszlai to Arsenal transfer rumour.

The Gunners' interest in Szoboszlai stretches all the way back to last summer when as they were hunting for a dynamic midfielder who could replace Aaron Ramsey.

However, Szoboszlai's agent told football.london that his client remained fully focused on his current club.

"I can confirm a number of the top Premier League clubs are interested in Dominik but at this point I can not confirm or deny specific clubs," Szoboszlai's agent, Matyas Esterhazy, told football.london."My client is focusing on his current club and the upcoming challenges of the next season both in the league and the Champions League." 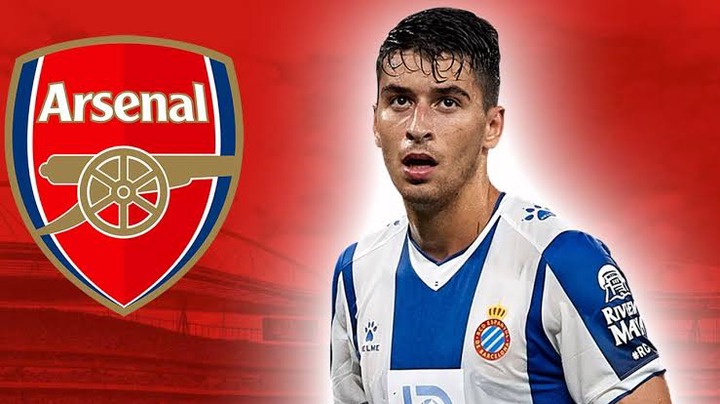 The London giants are reportedly confident of sealing the transfer of Espanyol star Marc Roca for less than his £36m buy-out clause.

Gunners are joined by AC Milan in tracking U21 Spain international, with both clubs expecting his price tag to fall after Espanyol’s relegation from La Liga this campaign.

It stays to be seen which club will win the race for Marc’s signature, but Arsenal could certainly do well to bolster in that area of the pitch this summer.

If they can get Roca in for a decent price, that would no doubt be good news for boss Mikel Arteta, who needs upgrades on under-performing footballers like Matteo Guendouzi and Lucas Torreira.

Gunners could be ready to miss out on European football after a hugely disappointing campaign, with the club currently 9th in the PL table.

If the Gunners can sort their midfield out, that could help the Spanish manager turn them back into top-four contenders again next year.

Arsenal had also been linked with Atletico Madrid’s Thomas Partey, but he’s going to sign a new contract with his current club instead, so the Spanish midfielder could be a decent alternative. 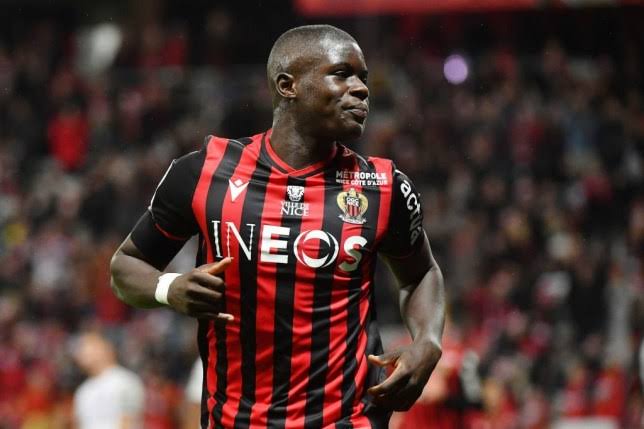 The Gunners have started plans over a deal for Malang Sarr, however are yet to offer a contract to the free-agent centre-back.

The talented youngster moved to Nice in 2015, at first with their B team, before moving to the main team in 2016.

From that point forward, in any case, he has demonstrated an extraordinary signing, making many appearances in four seasons.

The 21-year-old has earned outstanding reviews for his performances for Nice this season, where he played in all competitions.

However, after the end of his contract, the youngster finds himself sought after.

The likes Torino, Sampdoria and RB Leipzig, are also supposed to be excited about Malang Sarr. Manchester City manager Pep Guardiola is also keen on the young centre-back.

In any case, it appears Arsenal are as of now in ahead of their rivals after it was accounted for they had just held talks.

Despite the fact that the Gunners are yet to table an offer, Mikel Arteta and technical director Edu are supposed to be interested.

Should the France youngster sign, he could help form a defensive partnership with William Saliba.

William Saliba joined the Gunners the previous summer before staying with St Etienne on a season’s loan.

Arsenal could also include a third new centre-back in Reims defender Axel Disasi.

Arsenal showed their enthusiasm for the youngster prior this year, however are yet to follow that up.

Technical director Edu is known to be excited about and a deal may yet happen.

The Gunners have a developing assortment of young defenders, and one of these, Konstantinos Mavropanos has on Thursday made sure about a loan move away

Arsenal boss Mikel Arteta concedes he has “large worries” about whether he will get the funds to mount a title challenge.

Asked whether he will get the funds to assemble a title challenge, Mikel Arteta disclosed to Sky Sports: “I don’t have the foggiest idea. It is a major concern since you perceive how they assemble the squads.

The Gunners manager has also talked about his side’s plans as they get ready to play Manchester City in the FA Cup semi-final.