By Stylesherrera12 (self media writer) | 1 year ago 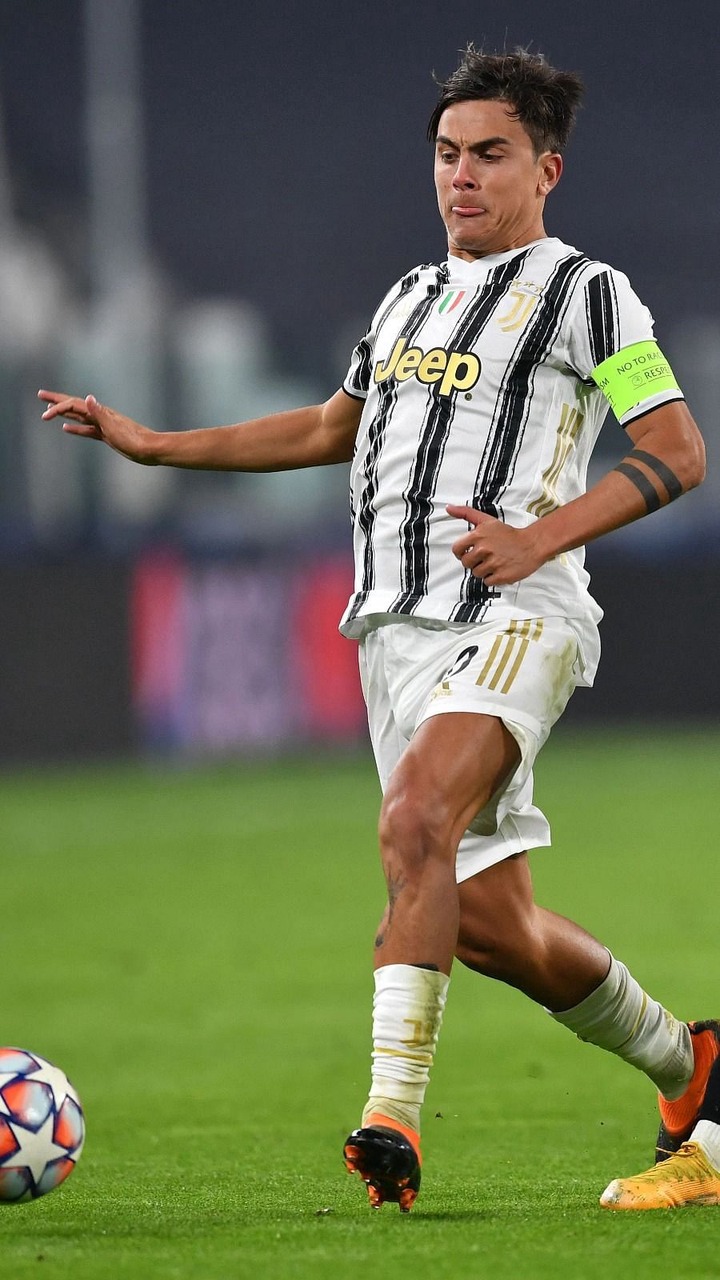 According to ESPN, Manchester United could land Paulo Dybala and Federico Bernadeschi from Juventus as a part of a potential swap deal for Paul Pogba. The Serie A champions are reportedly eager to sign the French midfielder and are willing to offer United two star players in return.

Pogba has often been called out for his inconsistent performances and his failure to turn up in big games for Manchester United. The French midfielder has had a poor start to the 2020-21 season and was heavily criticized for his performances against Crystal Palace, Tottenham, and Arsenal at the start of the season.

Paul Pogba has put in some impressive performances in recent weeks against West Ham and Sheffield United but is reportedly keen to leave the club next summer. Pogba's agent Mino Raiola previously stated that his star client could be headed back to Juventus as the reigning Serie A champions are also interested in his possible return. 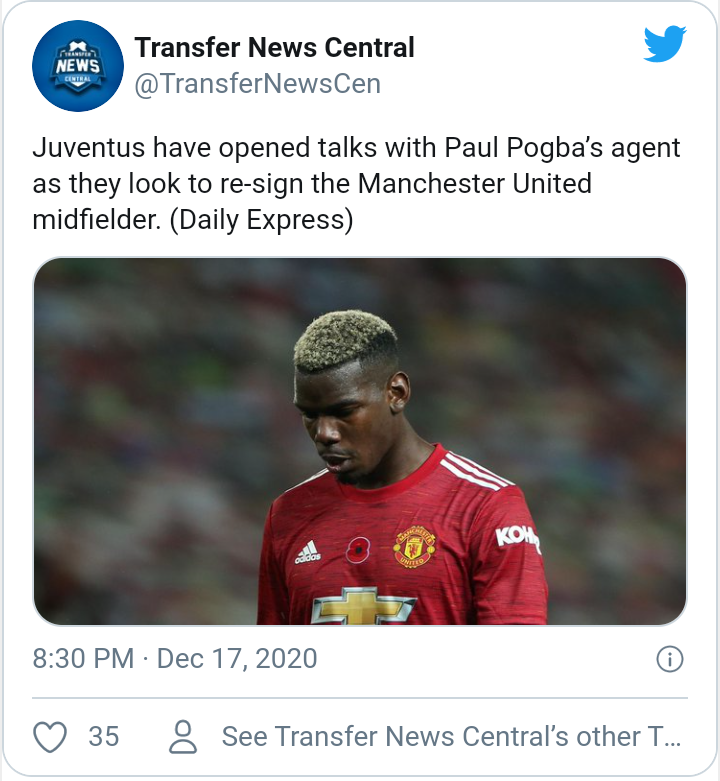 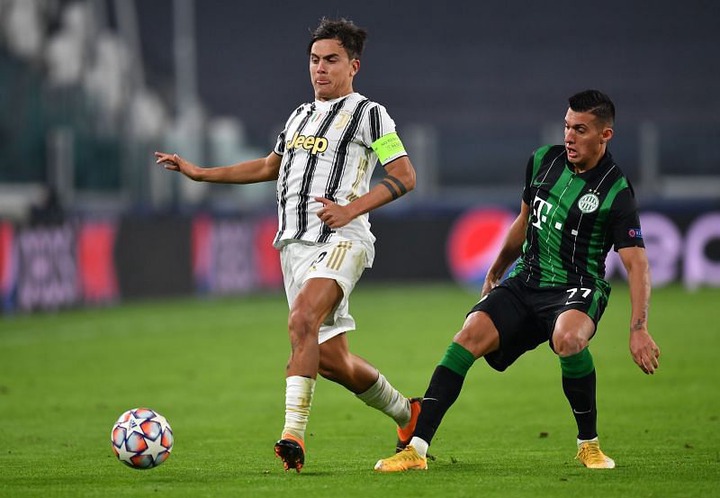 The report suggests that Juventus have offered Manchester United Paulo Dybala and Federico Bernadeschi in exchange for Paul Pogba. The Italian champions are aware they cannot afford United's asking price and would have to explore other options, including swapping players.

Manchester United have been heavily linked with a move for Dybala in the past but failed to sign the Argentine as he chose to stay at Juventus and fight for his place. The Red Devils have a wealth of options in midfield but are lacking left-footed attacking players.

Manchester United boss Ole Gunnar Solskjaer has refused to comment on Paul Pogba's future in recent weeks. However, the club hierarchy is reportedly preparing for the Frenchman's exit. United would ideally like to get back a majority of the £89 million they spent to sign Pogba four years ago but could be enticed into a potential swap deal by Juventus. 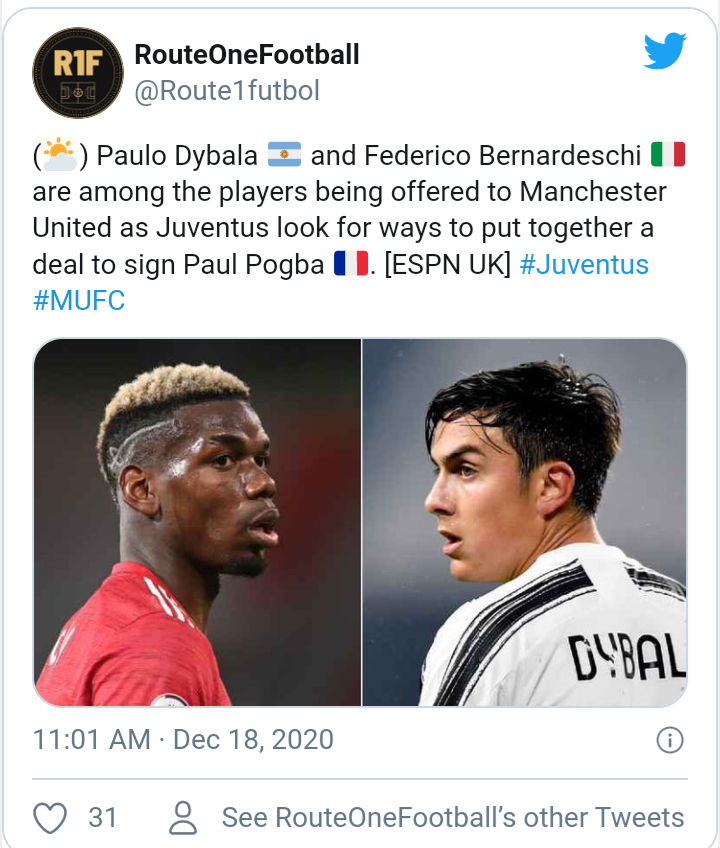 The Old Lady have been known for pulling off mammoth swap deals in the past, such as their acquisition of Arthur Melo from Barcelona. The deal saw Miralem Pjanic join the Catalans.

Solskjaer has insisted that he has been impressed with Paul Pogba's recent performances. But with the midfielder entering the final 18 months of his contract in January, United may have no choice but to sell him next summer.

Content created and supplied by: Stylesherrera12 (via Opera News )