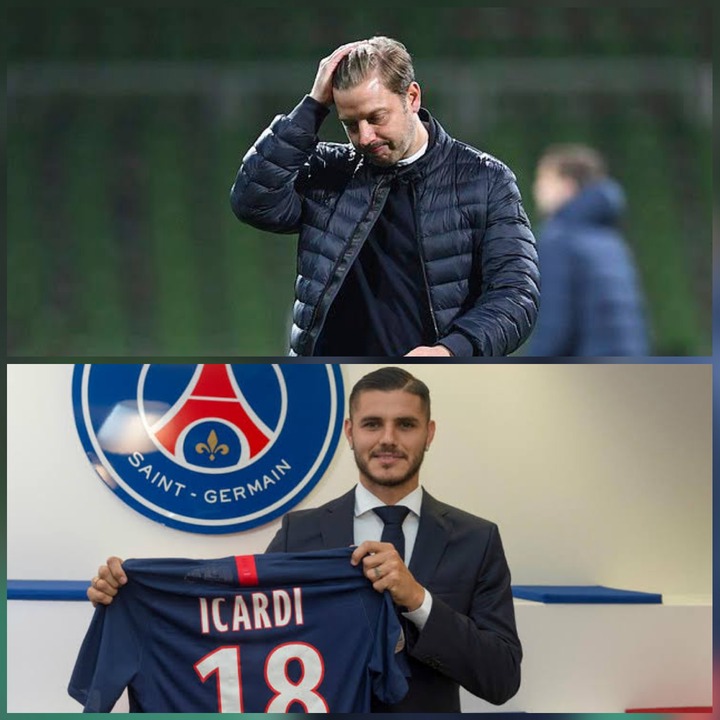 Icardi set to remain at PSG

Mauro Icardi is set to remain at Paris Saint-Germain for the 2021-22 season - as Calcio Mercato reports.

It has been suggested that the Argentine wants to leave Parc des Princes this summer, but the French giants don't think any potential suitors will be able to meet their valuation of the striker.

Icardi will, therefore, likely have to stay put and fight for a place in Mauricio Pochettino's starting XI, with his contract not due to expire until 2024.

Thomas #Schaaf will take charge of the team for the final match of the season.

The 28-year-old has also been linked with Tottenham, but the Hammers are already preparing a summer bid.

West Brom could cash in on Johnstone after their relegation from the Premier League, with his current contract due to expire in 2022.

Real Madrid president Perez called Allegri three years ago. Allegri turned the offer down because he had an agreement with Juventus to stay.

There are three names in the list - Raúl too.

The former Real Madrid and Schalke striker is currently coaching Madrid's Castilla side and has earned plaudits for his side's displays.

Representatives from Eintracht travelled to Spain in recent days to sound out Raul's availability.

The midfielder joined on a season-long deal which is coming to a close, and no new terms have been thrashed out.

“I'm not sure if I'll be part of it,” he told the Herald. “I haven't been too keen to think about it until the season is over. I'll wait and see what happens. I'm just concentrating on our last game.

“I haven't even thought about whether I'll be here or not next season."

Everton to sell Holgate in order to fund Koulibaly swoop

Everton are planning to sell Mason Holgate in order to raise funds for a summer swoop for Napoli's Kaildou Kouliubaly - according to Football Insider.

Holgate signed a new five-year deal at Goodison Park last year, but Carlo Ancelotti is not convinced he can fit into his defence in the long term.

The Everton boss wants to arrange a reunion with Koulibaly instead, having previously worked with the centre-back at Napoli in 2018-19.

Liverpool have decided against signing Ozan Kabak on a permanent deal - according to The Sun.

The 21-year-old moved to Anfield on loan from Schalke in January, but the Reds won't be taking up their £18 million ($25m) option on the defender.

Jurgen Klopp doesn't believe he will be able to offer Kabak regular minutes when the likes of Virgil van Dijk and Joe Gomez return from injury next season.