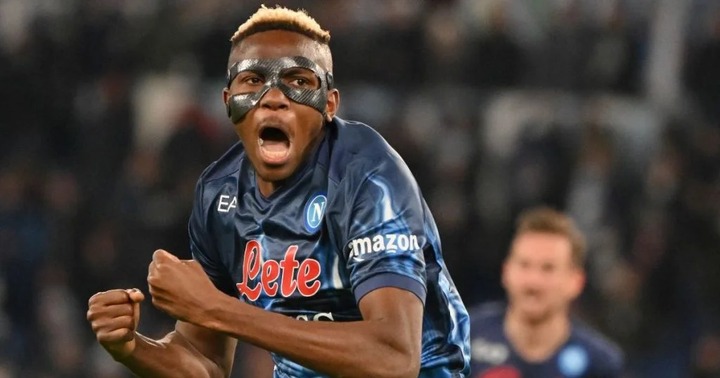 Chelsea is considering using the Nigerian forward Victor Osimhen in place of Romelu Lukaku, a forward from Belgium. However, After a challenging season in 2021, the Belgian striker Romelu Lukaku is expected to return to Serie-A club Inter Milan on a season-long loan contract. Some Sources claims that Thomas Tuchel's bosses are in conversation over Victor Osimhen, Jonathan David of Lille, and Gianluca Scamacca. 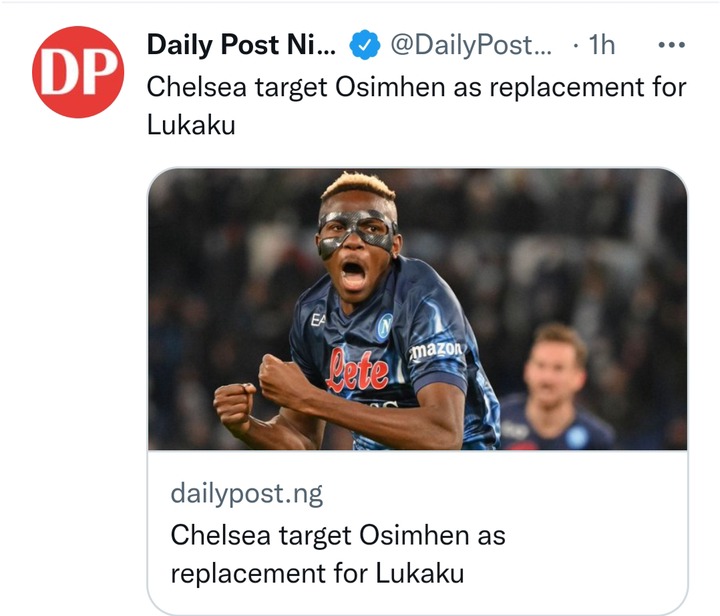 However, the Nigerian Professional who scored 15 goals in 28 games for Napoli in the 2021/22 season, is apparently gaining attention from Top Premier league clubs like Manchester United, Newcastle United and Arsenal. Do you think that Victor Osimhen ould be a perfect replacement for Romelu Lukaku? 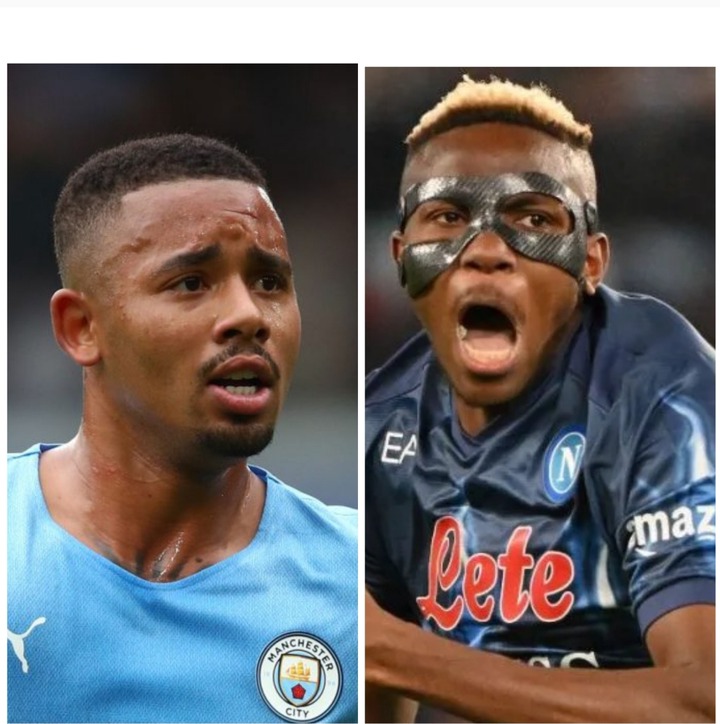 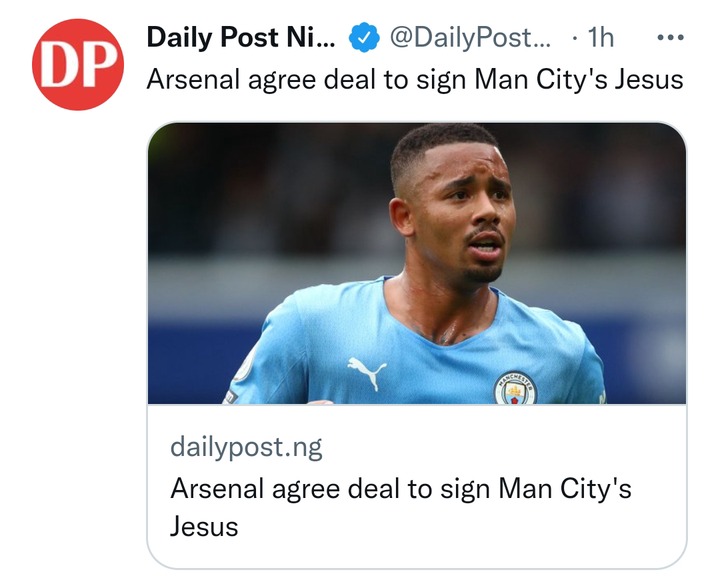 After verbally agreeing to a deal with the Premier league defending champions, the Brazilian forward Gabriel Jesus will reportedly make roughly £220,000 per week at Arsenal. It was a verified Journalist Ben Jacobs who made this assertion. Remember that the Manchester city striker who has just 12 months left in his current club contract was at the top of Mikel Arteta's list to succeed the Gabonese striker Pierre-Emerick Aubameyang and the French forward Lacazette, who have since left the club. 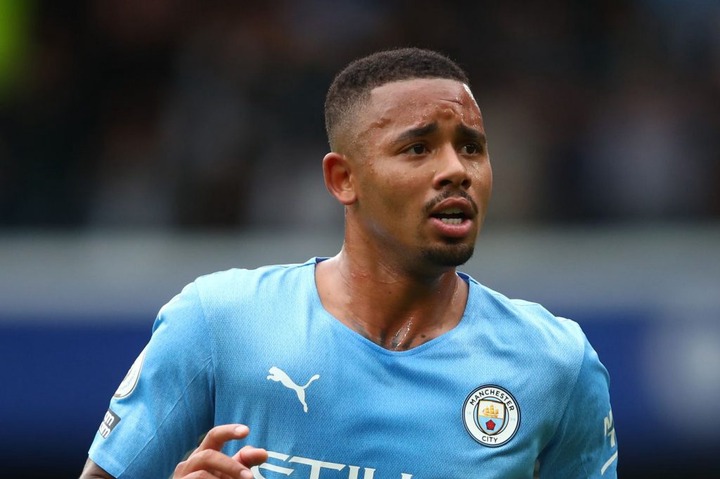 However, Manchester city has been pushing very hard for his transfer and is reportedly sticking out for a £50 million sum. The Sky blue team originally want 55 million Euros for the Brazilian forward but a verbal agreement has been reached after Arsenal made an informal bid comparatively to that of Sadio Mane's transfer fee to Bayern Munich. The talks are in advanced stage now mad the deal will be sealed before the end of the week. 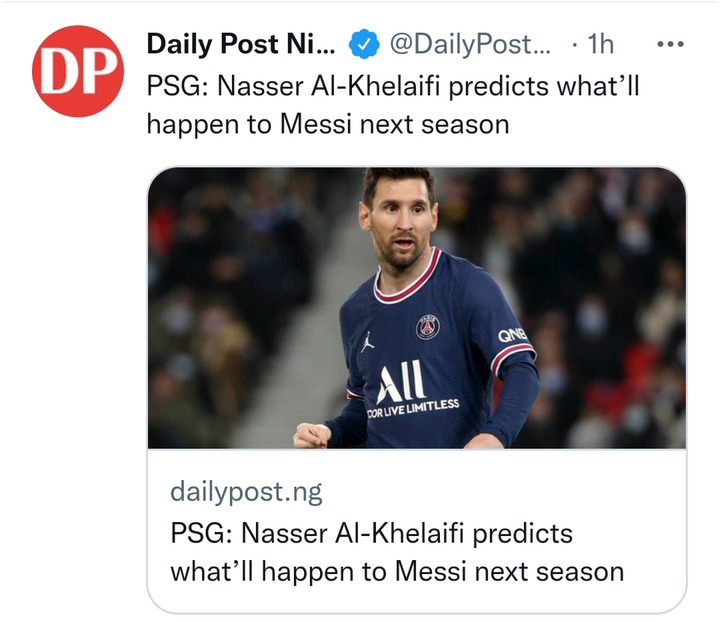 Nasser Al-Khelaifi has projected that the Argentine forward Lionel Messi will return to his all-time best form in the upcoming season. The Paris Saint-Germain president acknowledged that Lionel Messi wasn't at his finest form during the Previous season but emphasized that the Argentine forward has a record 7 Ballon d'or award victories to his career. He claimed that the Ex-Barcelona captain's performance in the 2021/22 season was hindered by his inability to acclimate to a new city, club, and its culture. 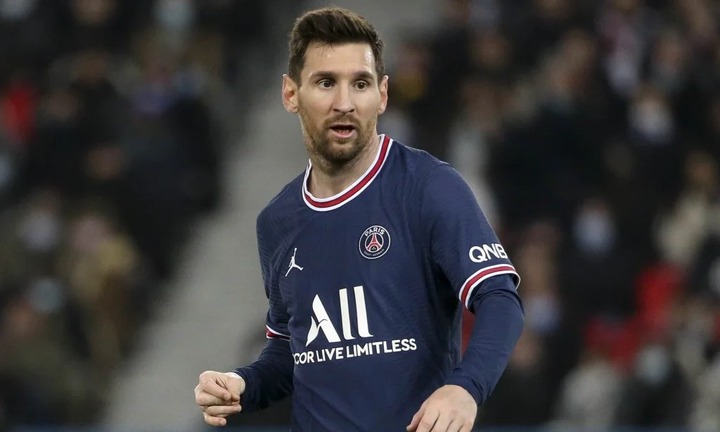 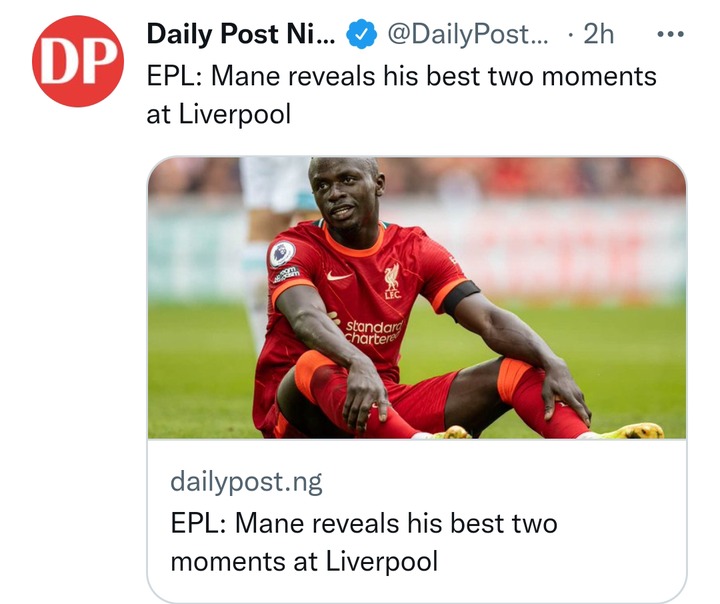