AJ Styles And Samoa Joe "Would Be Doing Something Else" If Not For Dixie Carter, Says Eric Bichoff

AJ Styles and Samoa Joe are two Superstars who transitioned well from other promotions to WWE over the last few years. Styles is a multi-time world champion, while Joe flourished in NXT and has had a decent run on the main roster as well. Both Superstars made their name in WWE's rival promotion TNA/IMPACT, and had great rivalries when they were in that promotion.

They were key players during the golden years of TNA and were instrumental in making the promotion popular. Eric Bischoff, who was in TNA for a brief period when both AJ Styles and Samoa Joe were in the company, recently spoke about them while talking about former TNA President Dixie Carter. 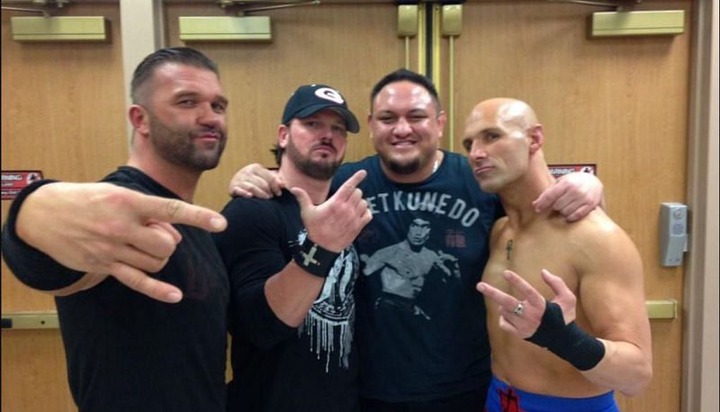 He said that both AJ Styles and Joe have Carter to thank for becoming the wrestlers they are today.

Bischoff spoke about Carter on his 83 Weeks podcast, where he said that the former TNA President tried to ape Vince McMahon. The former SmackDown Executive Director stated that Carter did a lot of "positive things" at the helm of affairs in TNA:

"She did do a lot of positive things. What if TNA had never been around? Frankie Kazarian and Chris Daniels, would they have been able to pay their bills and feed their families for the years if they weren't with TNA? Keep in mind, the indie scene wasn't that hot back then as it was in 2015-2017. There's a chance AJ Styles would be doing something else right now, definitely Samoa Joe." (H/T WrestlingInc)

Dixie Carter was the President of TNA for a long time before becoming the chairwoman of TNA.

Both Superstars made the switch to WWE with Styles joining in 2016 and Joe in 2015. The two had a controversial and very personal feud in WWE as well.