By Timasports (self meida writer) | 22 days 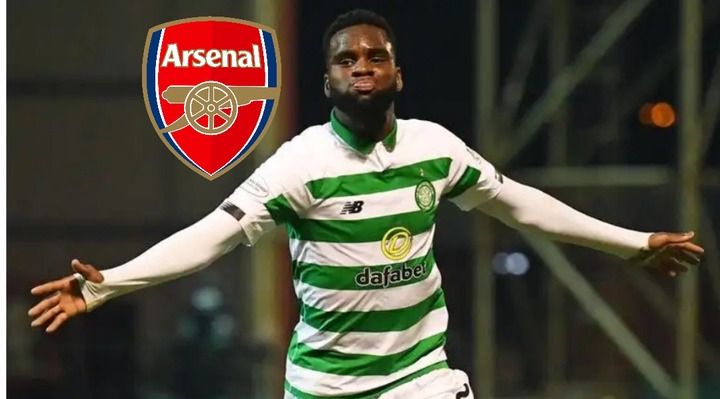 Here is today's transfer news for Arsenal FC and other outfits.

Arsenal FC are competing with Leicester City to secure the signature of Celtic and France international central forward striker Odsonne Edouar, according to the latest report from Daily Telegraph.

Jose Mourinho is interested in signing Bayern Munich defender Jerome Boateng this summer, with the German set to become a free agent, according to the latest report from The Times.

Paris Saint-Germain manager Mauricio Pochettino has been in touch with Harry Kane to learn his summer plan, according to reports in France, according to the latest report from Daily Mirror.

The United states of America Major League Soccer, Inter Miami have signed sensational goalkeeper, Nick Marsman from Dutch side, Feyenoord on a free transfer. The footballer will join the club in the summer, according to the latest report.

FC Cincinnati have successfully completed the signing of free agent, Edgar Castillo - Saad Abdul-Salaam waived, according to the latest report.

The German Bundesliga side, Eintracht Frankfurt are reportedly interested in signing Rangnick, he could replace Hütter and Bobic, according to the latest report.

Didier Drogba, Cesc Fabregas React After Chelsea Made It To The Final Of The Champions League

After They Beat Madrid 2-0 To Reach Champions League Final, Read What Chelsea Fans Said About Tuchel

UCL: After Chelsea Won 2-0, Checkout the Venue and Date for the Final

CHE 2-0 RMA: The Blues Advanced To The UCL Final After Defeating Real Madrid 3-1 On Aggregate.