After Manchester City Suffer A Shock Defeat And United Won, This is How The New EPL Table Looks Like

By Fawehinmisunday (self meida writer) | 27 days

Jesse Lingard give dominant Westham a victory over Leicester with two goals and contributing to the third goal.

Though Nigerian Forward Kelechi Iheanacho later scored twice to give his team hope, but it wasn't enough.

Dominant Manchester United came from behind to beat Tottenham with goals from Fred, Edinson Cavani and Mason Greenwood.

Manchester City suffered a shock defeat in the hand of Leeds.

Stuart Dallas scored in the opening minutes and in the injury-time as 10 man Leeds United beat leaders Manchester City at Etihad.

Trent Alexander-Arnold scored an injury time winner for Liverpool as they come from behind to beat Aston Villa at Anfield and end there six consecutive defeat at Anfield.

Havertz lead Thomas Tuchel Chelsea attacking line, as he open the scoring and set up Pulisic two minutes later, Kurt Zouma was also on the score sheet before Pulisic scored his second.

As it stands now 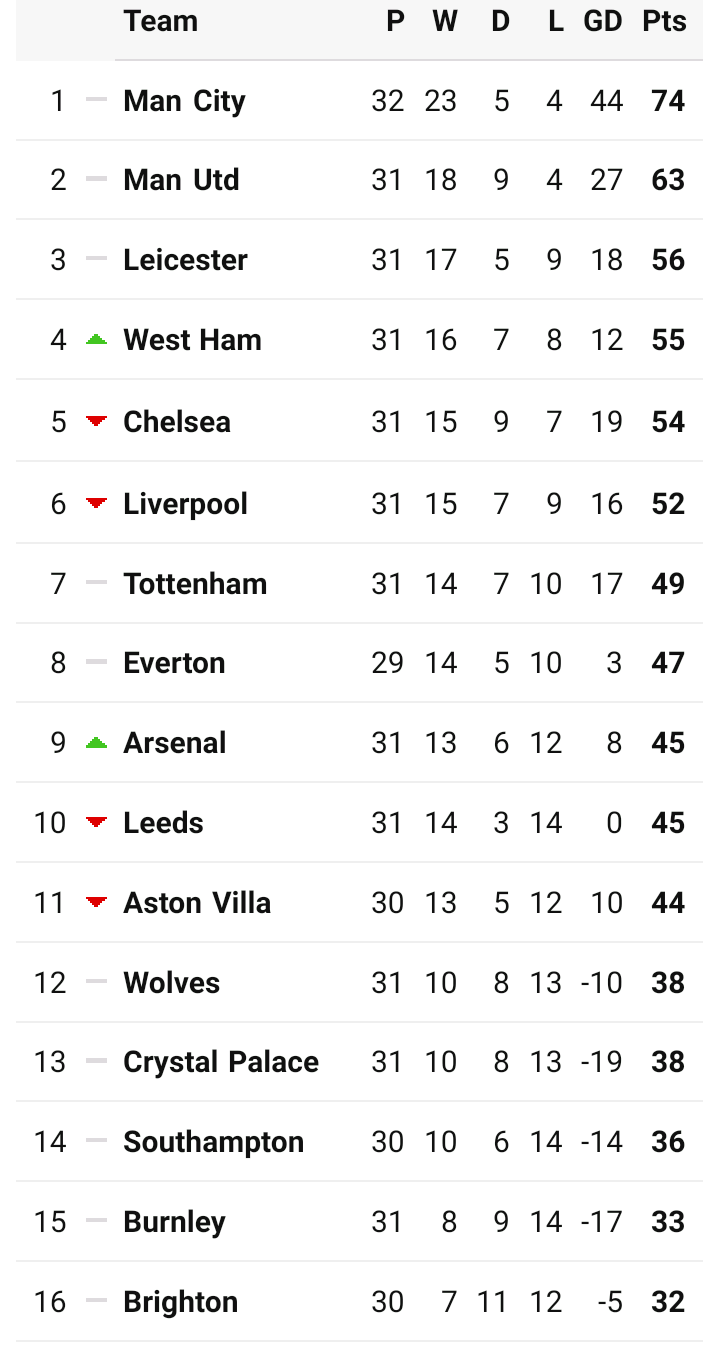 Today's Headlines:We Are Not Behind Any ASP Death-IMN, 28 Persons Die In Boat Mishap In Niger State

Man United transfer news: Kane is open to a move and Ajax are battling it out for his services